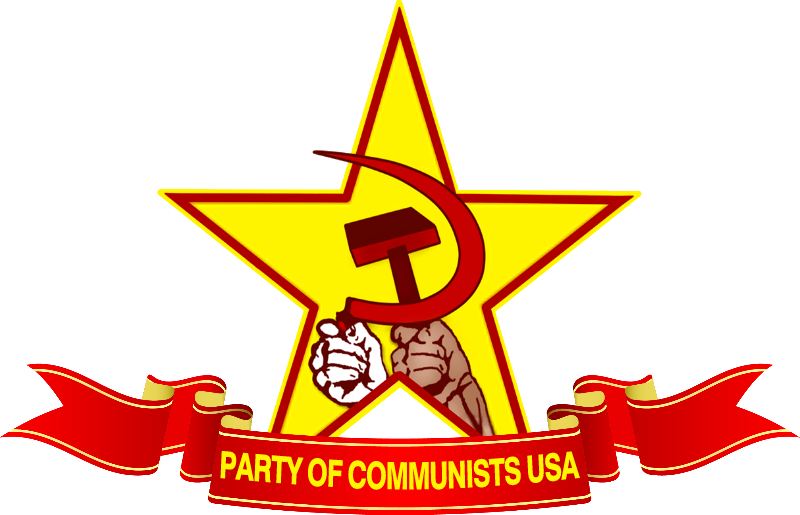 CONCERNING THE RECENT STATEMENT from the Greek Communist Party (KKE), in which they take exception to the disruptive role of the Communist Party USA (CPUSA) in unilaterally issuing their own statement regarding US Imperialism and NATO. The KKE, through Solidnet, (International Meetings of Communists and Workers Parties), initiated a call to all communist parties to participate in a unified position against US imperialism and its NATO puppet.

Unfortunately, this is not the first time that the current leadership in the CPUSA has taken a disruptive role.

Our party, the Party of Communists USA, continues to stand in opposition to the Right Opportunists policies of the renegades that have besmirched the glorious past accomplishments of the CPUSA. Since the death of Gus Hall in 2000, the CPUSA has ideologically gone from bad to worse.

The PCUSA is in steadfast agreement with the ideological work of the Greek Communist Party.

The PCUSA can be relied upon to be a partisan ally of those in the world communist movement which fights for our time and tested ideology for the total destruction of Monopoly Capitalism wherever it rears its head.

From: Communist Party of Greece [email protected]
Date:June 29, 2021 at 5:43:32 AM PDT
Subject: To the Communist & Workers Parties:
Joint Statement against NATO [En, Ru, Es, Ar]
To the Communist and Workers’ Parties

First of all, we would like to thank all the Communist and Workers’ Parties for the messages of solidarity with the KKE on the occasion of our 21st Congress. Over the next period, we will seek to inform you about its Resolutions in many ways.
We are sending you this letter because we believe, based on the developments, that it is necessary to issue a joint statement against NATO and its dangerous plans.
Unfortunately, the CP USA that undertook such an initiative, rejected any proposal on the text it prepared, which did not focus on the imperialist organization of NATO but contained other approaches that, in our opinion, are erroneous. This fact puts obstacles to our Party and other parties, which have different approaches in a number of issues that are beyond the denunciation of NATO, imperialist wars, and interventions and are still under discussion within the communist movement, to signing it. Such a stance does not help the joint struggle of Communist and Workers’ Parties, as described in the documents of the International Meetings of the CPs.
Our Party would like to propose the following draft Joint Statement. Please send any remarks or proposals by Thursday morning (01/07).
Afterward, we will proceed with the publication of the text, which will include any proposals that improve the text and do not oppose its spirit.

Comradely,
Section of International Relations of the CC of the KKE

The peoples must strengthen the struggle against NATO and imperialist plans
The Communist and Workers’ Parties declare loud and clear that they denounce the aggressive plans of the imperialist organization of NATO, which are being escalated following its recent Summit. New and old pretexts are being utilized such as security, defence, climate change, cyberattacks, and other asymmetric threats in order to escalate their aggression against the peoples, causing a new unbridled arms race.
The “NATO 2030” agenda, which is essentially the strategic doctrine of NATO for the next decade, updates and implements all the previous dangerous decisions taken over the previous period. Thus, “NATO 2030” constitutes the escalation of aggression, preparation for war, and proof of fierce competition with Russia and China. The military encirclement of Russia, the targeting of China and Iran, the announcement about a nuclear first strike, and the giant exercise “DEFENDER-Europe 21” refute any bogus claims about “the peace and security of the peoples”.
The workers and the other popular strata are not in need of a so-called “new Cold War”, nor any imperialist plans, interventions, and wars in Southeast Asia, Africa, Latin America, Central Asia, the Caucasus region, the Black Sea, the Southeast Mediterranean, the Middle East, and elsewhere.

The peoples have shed enough blood!

They have the power to fight against the dangerous plans and to strengthen the struggle in every country against NATO and any kind of imperialist plans that massacre the peoples; against military bases and any kind of weapons of mass destruction possessed by the imperialists.
They need to struggle to form the conditions for the workers and their power to end inter-imperialist competition, wars, and organizations.

The most fatal and dangerous virus is capitalism!