From the FTAA to CELAC, US Interventionism Does Not Rest 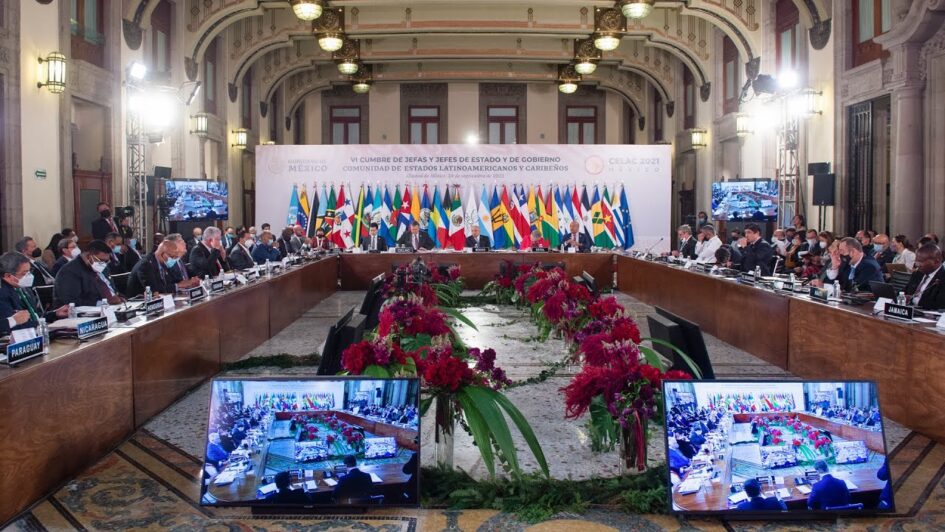 On January 24, the 7th Summit of the Community of Latin American and Caribbean States (CELAC) will be held in Buenos Aires, attended by around 15 presidents of the region, including Lula da Silva, and chaired by the host Alberto Fernández.

It is obvious how important it is for Argentina’s government that the CELAC Summit be successful, with the delicate internal political situation that the country is going through, with a presidential election on October 22. That the summit and the transfer of the pro tempore presidency (to Saint Vincent and the Grenadines, an ALBA member country) go well would help improve the image of Argentina throughout Latin America and the Caribbean.

However, the Latin American right wing, hand in hand with the US State Department and its intelligence agencies, are conspiring to prevent the development of CELAC, strengthened recently with the addition of the progressive governments of presidents Gustavo Petro in Colombia, Gabriel Boric in Chile, and Xiomara Castro in Honduras—a country that will soon join ALBA.

During the first “Pink Tide,” the regional right wing and the United States tried to use the Free Trade Area for the Americas (FTAA). This was defeated in Argentina, at the Mar del Plata Summit in 2006. Today, they count on the success of weapons such as the OAS.

At the height of the last progressive cycle in Latin America, referred to as the “Pink Tide,” they conspired to impose “free trade” across the Americas from Canada to Patagonia, now they do so to defeat “cultural Marxism” and “gender ideology.” To devise an action plan against “socialist expansion” in Latin America, the world’s largest far-right organization, the Conservative Action Political Conference (CEPAC), met recently in Mexico with former Trump Chief of Staff Steve Bannon at its lead.

Its results have not been long in coming. Several of its participants played a prominent role in the parliamentary coup against Pedro Castillo in Peru, the second part of the Bolivian coup led by Fernando Camacho in Bolivia, or the coup against democracy on January 8 when followers of Bolsonaro took over Brasilia, the Planalto Palace, the National Congress, and the Federal Supreme Court.

Now, the Latin American right, in general, and, in particular, Argentina’s right—which is showing its strength, especially within the justice system—are conspiring to tarnish the image of Alberto Fernández, and by extension to weaken CELAC. In addition, the interest of the Cuban-American right wing in Miami is added to this, which aims to damage the standing of the delegations from Cuba, Venezuela, and Nicaragua, in addition to those from the governments that they consider socialist, such as Bolivia, Honduras, Mexico, and Brazil, which has now announced its reincorporation into CELAC.

Among the extremists in Miami who are gathering to conspire against CELAC are:

The people mentioned all receive generous funding from US federal agencies, support any measure that strengthens the blockade, and have publicly called for military intervention against Cuba and Venezuela.

However, any action in this CELAC Summit cannot be carried out without local collaboration, and for this they are meeting and conspiring with the following people of Argentinian nationality:

All the aforementioned people, those from the US, Cubans, and Argentinians, work within the following plan:

Portland’s circular economy is primed for success. Can it offer a blueprint for the rest of us?

What does Ukraine president, Volodymyr Zelensky, really stand for?

Ellen Brown: What Does the Fed’s Jerome Powell Have Up His Sleeve