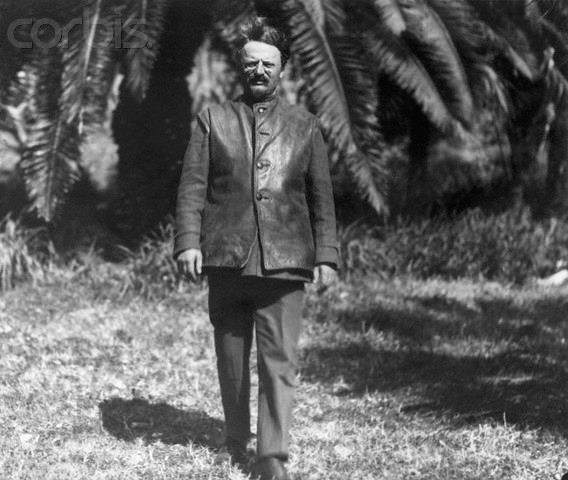 Trotsky on women’s liberation and the USSR

Leon Trotsky, who stood with Lenin in the front ranks of the Bolshevik revolution, expressed concerns similar to those of Lenin with regard to freeing women from domestic drudgery: “Washing must be done by a public laundry, catering by a public restaurant, sewing by a public workshop. Children must be educated by good public teachers who have a real vocation for the work. Then the bond between husband and wife would be freed from everything external and accidental, and the one would cease to absorb the life of the other. Genuine equality would at last be established.” (“Problems of Everyday Life,” New York: Monad Press, 1973, p. 42)

Defeating the capitalists and feudalists through proletarian revolution in one of the world’s poorest countries, and then struggling through civil war and imperialist invasion, the Soviets were hard pressed to provide all that was materially required. Gradually though, through rational, socialist planning and the revolutionary dedication of the workers and peasantry, great strides forward that would have been impossible under capitalist rule were made. Politically, however, after the death of Lenin in January 1924, much was lost, as documented in great detail in Trotsky’s later writings.

Having been forced into exile, Trotsky wrote disparagingly of the backtracking of the privileged Stalinist bureaucracy on social/sexual matters as on other issues in 1936: “The marriage and family laws established by the October Revolution, once the object of its legitimate pride, are being made over and mutilated by vast borrowings from the law treasuries of the bourgeois countries. And as though on purpose to stamp treachery with ridicule, the same arguments which were earlier advanced in favor of unconditional freedom of divorce and abortion — ‘the liberation of women,’ ‘defense of the rights of personality,’ ‘protection of motherhood’ — are repeated now in favor of their limitation and complete prohibition.” (pp. 86-87)

Nonetheless, the Soviet Union, having come into existence bearing a millstone of millions of illiterate and desperately poor people, was, within a short period of time, able to produce several generations of socially secure, educated women, including many women in positions of authority and leadership. And the socialist goal to free women from patriarchal slavery has continued and grown in the century since the birth of the Soviet Union. Socialist and communist leaders like Rosa Luxemburg in Germany, Nguyen Thi Binh (Madam Binh) in Vietnam, Jiang Qing (Chiang Ching) in China, Lolita Lebrón in Puerto Rico, Leila Khaled in Palestine, Nidia Díaz in El Salvador, Haydée Santamaría in Cuba, Titina Silla in Guinea Bissau, the Black Panther women in the U.S. and countless other revolutionary women have been an inspiration to millions, women and men alike, all around the world.