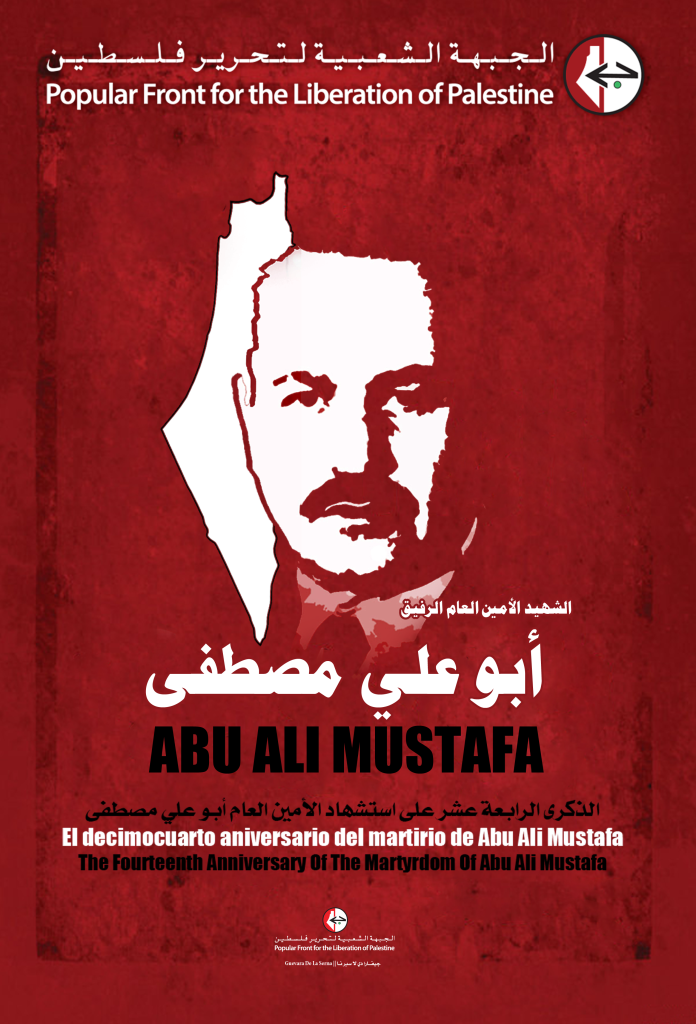 August 27, 2001: Abu Ali Mustafah, leader of the Popular Front for the Liberation of Palestine, assassinated in a joint Israeli-U.S. operation.

Abu Ali Mustafa is a Palestinian leader and martyr, a symbol of steadfastness and persistence through all of the stages of the Palestinian revolution. Assassinated on 27 August 2001 by a US-made and provided helicopter-fired missile at the hands of the Israeli occupation military, Abu Ali Mustafa’s life as a revolutionary was cut short amid the rising Al-Aqsa Intifada.

It is not merely through his name that Abu Ali Mustafa, however, continues to leave behind a legacy as a Palestinian revolutionary. A fighter, a strategist, a struggler, General Secretary of the Popular Front for the Liberation of Palestine. What did Abu Ali Mustafa stand for? Uncompromising struggle in the face of injustice and oppression. A clear, revolutionary, internationalist vision. A global struggle against capitalism, racism and imperialism. All forms of struggle to achieve return and liberation, that always centers the working class, the oppressed, the refugees. A liberated Palestine for all.

And it is that vision which continues to inspire generations of strugglers to march carrying Abu Ali Mustafa’s image: not only his image, but his vision and his goal which remains ours: for return and liberation, for socialism and revolution. This website aims to document, build on and celebrate the legacy of Abu Ali Mustafa: the ongoing, present and future Palestinian, Arab and international revolutionary movement of the Left that continues to march for liberation.