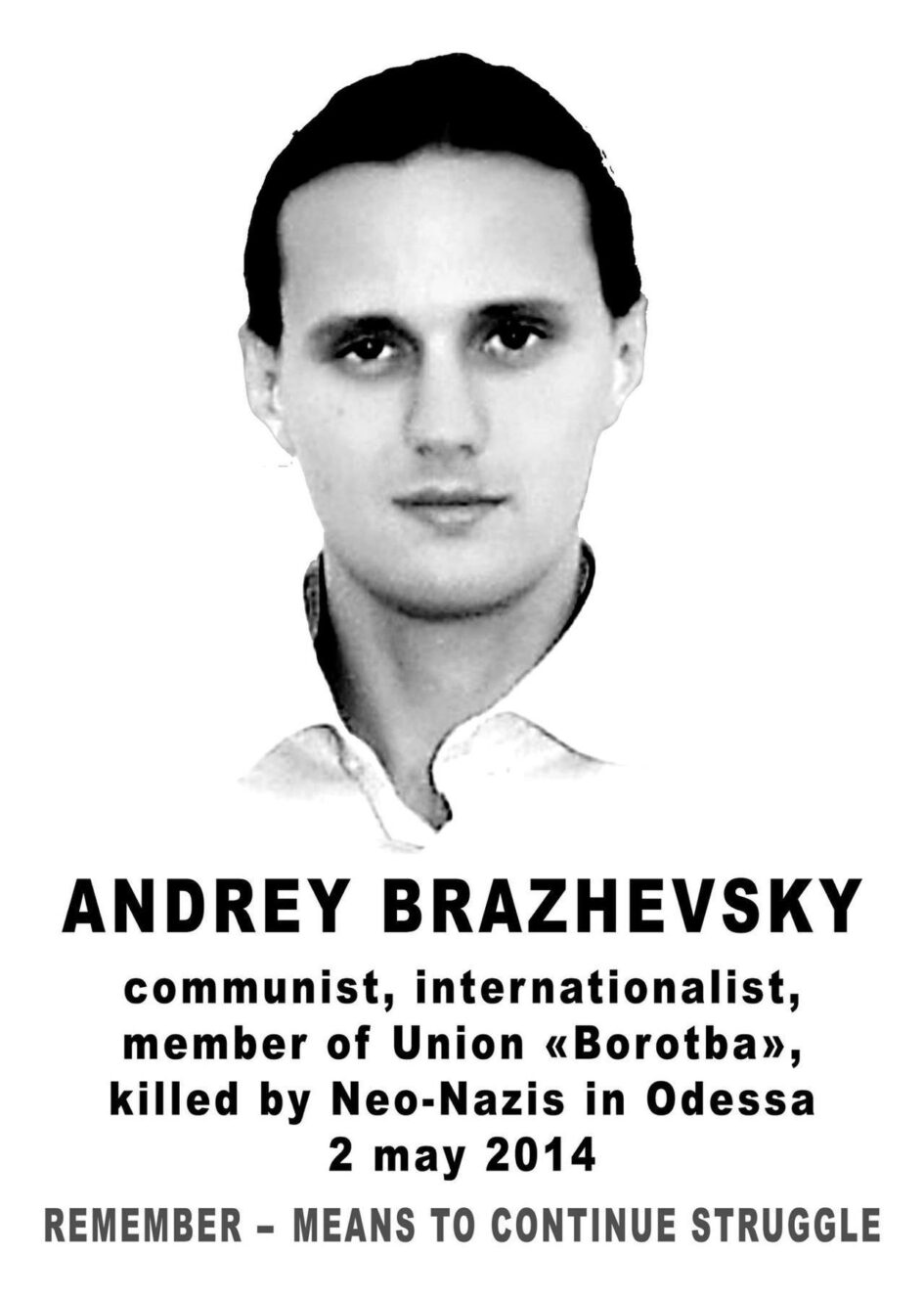 Andrei Brazhevsky was born on August 30, 1987. He was one of the most active participants in the anti-fascist and Marxist movement in Odessa, and one of the founders of the Union Borotba (Struggle) in Odessa. He died at the hands of the neo-Nazis on May 2, 2014, as he tried to protect defenseless people in the House of Trade Unions.

Andrei was a very decent and honorable man; a true friend and comrade in the full sense of the word. He never drank nor smoked. In his free time he studied Marxist literature. He worked as a computer programmer in one of the firms in Odessa, and participated in all of the anti-fascist and workers’ protests, not only in Odessa, but also in other cities.

Andrei was a very modest and well-mannered man. He always tried to help his comrades and the people. He never betrayed his principles and ideals.

Andrei’s death was a confirmation of his ideology. He could not stay away, could not remain silent when the Nazis came to Odessa. He gave his life in the struggle for a new and more just society, where there will be an end to inequality, discrimination and human exploitation.

We all deeply mourn you, Andrei! We pledge to continue your work – the fight for a new world!

To remember – means to struggle!