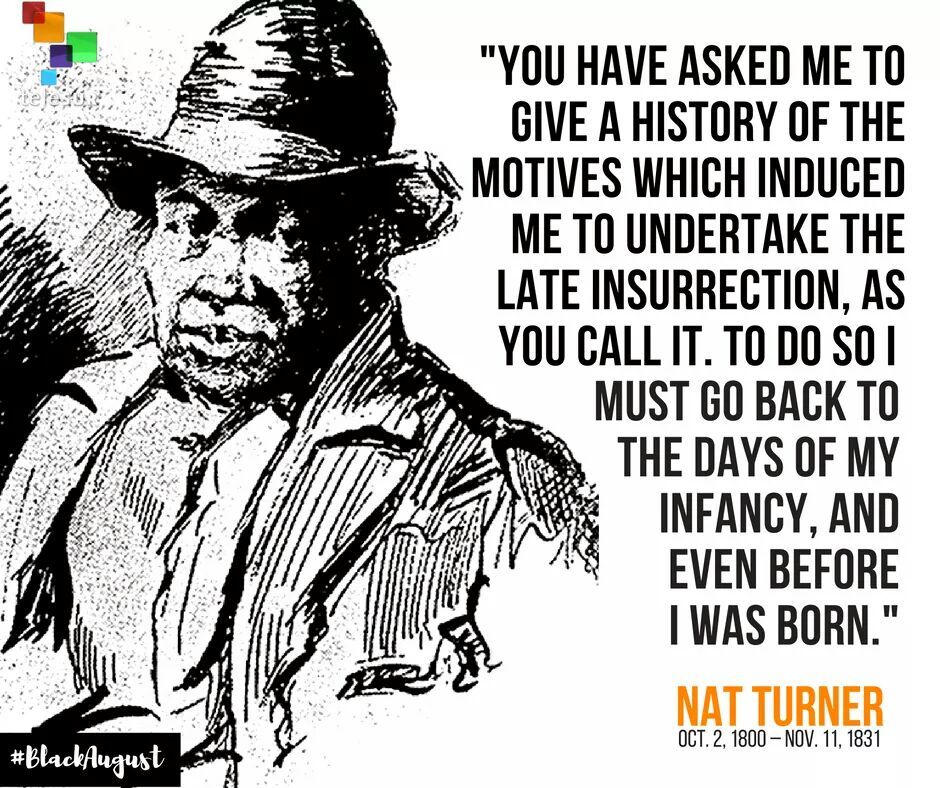 #BlackAugust: Today in 1831 Nat Turner, an African American slave, led a historic rebellion against white slave owners in Southampton County, Virginia. The rebellion was made up of both enslaved and free Black men and women, as they went from plantation to plantation freeing other slaves along the way.

While Turner hid successfully for six weeks, the rebellion eventually ended and Virginia quickly arrested and executed 57 men and women accused of being part of Turner’s rebellion. In an act of revenge, white mobs also killed between 100 to 200 African Americans, although most were not even involved in the rebellion. When Turner was eventually found, he was quickly tried, convicted, sentenced to death and hanged.

During the aftermath Virginia and other southern states passed new, harsh laws to control both slaves and free African-Americans. Their education was prohibited, as were their rights of assembly. Even their worship services were controlled by white ministers.