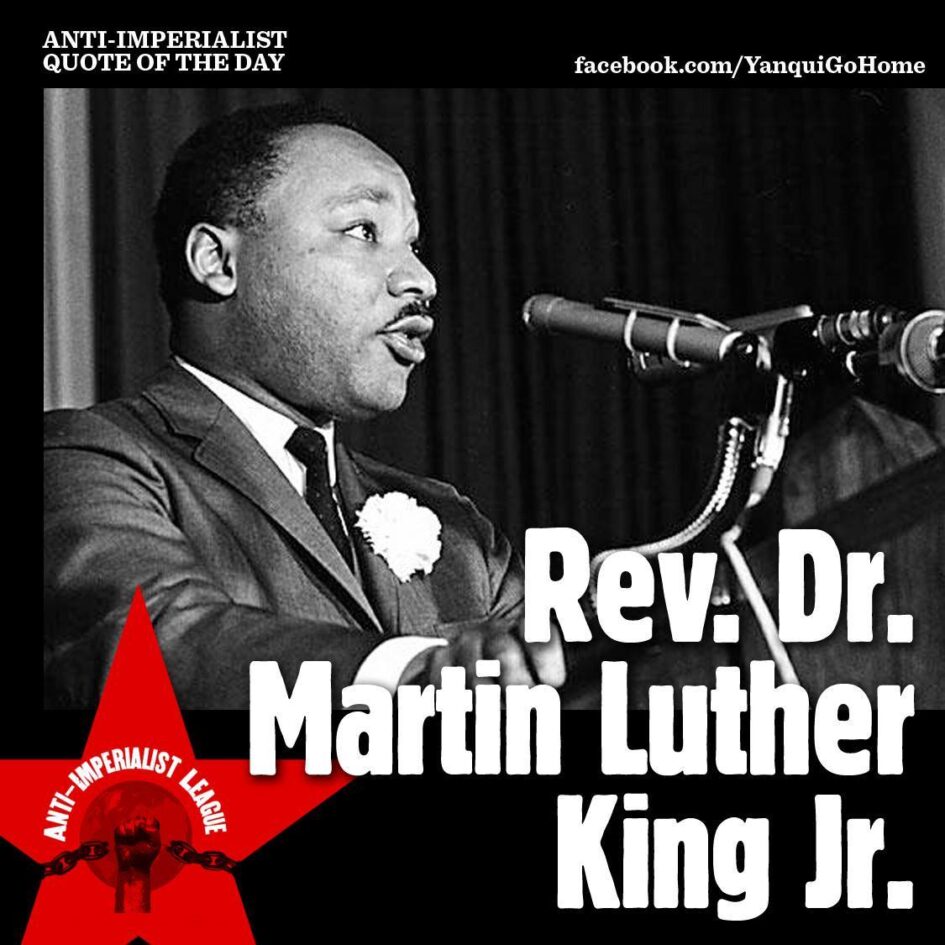 “The [Vietnamese] people read our leaflets and received the regular promises of peace and democracy and land reform. Now they languish under our bombs and consider us, not their fellow Vietnamese, the real enemy. They move sadly and apathetically as we herd them off the land of their fathers into concentration camps where minimal social needs are rarely met. They know they must move on or be destroyed by our bombs….

At this point I should make it clear that while I have tried in these last few minutes to give a voice to the voiceless in Vietnam and to understand the arguments of those who are called “enemy,” I am as deeply concerned about our own troops there as anything else. For it occurs to me that what we are submitting them to in Vietnam is not simply the brutalizing process that goes on in any war where armies face each other and seek to destroy. We are adding cynicism to the process of death, for they must know after a short period there that none of the things we claim to be fighting for are really involved. Before long they must know that their government has sent them into a struggle among Vietnamese, and the more sophisticated surely realize that we are on the side of the wealthy, and the secure, while we create a hell for the poor. Somehow this madness must cease. We must stop now.”

fuckyeahmarxismleninism:Happy Halloween from the Specter of…