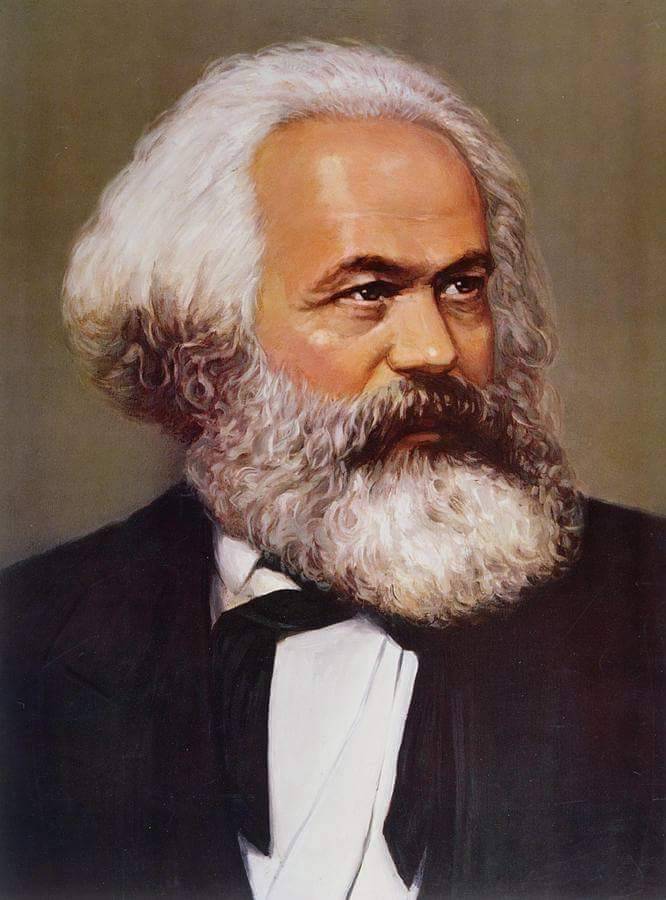 Frederick Engels’ Speech at the Grave of Karl Marx:

On the 14th of March, at a quarter to three in the afternoon, the greatest living thinker ceased to think. He had been left alone for scarcely two minutes, and when we came back we found him in his armchair, peacefully gone to sleep – but for ever.

An immeasurable loss has been sustained both by the militant proletariat of Europe and America, and by historical science, in the death of this man. The gap that has been left by the departure of this mighty spirit will soon enough make itself felt.

Just as Darwin discovered the law of development or organic nature, so Marx discovered the law of development of human history: the simple fact, hitherto concealed by an overgrowth of ideology, that mankind must first of all eat, drink, have shelter and clothing, before it can pursue politics, science, art, religion, etc.; that therefore the production of the immediate material means, and consequently the degree of economic development attained by a given people or during a given epoch, form the foundation upon which the state institutions, the legal conceptions, art, and even the ideas on religion, of the people concerned have been evolved, and in the light of which they must, therefore, be explained, instead of vice versa, as had hitherto been the case.

But that is not all. Marx also discovered the special law of motion governing the present-day capitalist mode of production, and the bourgeois society that this mode of production has created. The discovery of surplus value suddenly threw light on the problem, in trying to solve which all previous investigations, of both bourgeois economists and socialist critics, had been groping in the dark.

Two such discoveries would be enough for one lifetime. Happy the man to whom it is granted to make even one such discovery. But in every single field which Marx investigated – and he investigated very many fields, none of them superficially – in every field, even in that of mathematics, he made independent discoveries.

Such was the man of science. But this was not even half the man. Science was for Marx a historically dynamic, revolutionary force. However great the joy with which he welcomed a new discovery in some theoretical science whose practical application perhaps it was as yet quite impossible to envisage, he experienced quite another kind of joy when the discovery involved immediate revolutionary changes in industry, and in historical development in general. For example, he followed closely the development of the discoveries made in the field of electricity and recently those of Marcel Deprez.

For Marx was before all else a revolutionist. His real mission in life was to contribute, in one way or another, to the overthrow of capitalist society and of the state institutions which it had brought into being, to contribute to the liberation of the modern proletariat, which he was the first to make conscious of its own position and its needs, conscious of the conditions of its emancipation. Fighting was his element. And he fought with a passion, a tenacity and a success such as few could rival.

March 9, 1952: Death of comrade Alexandra Kollontai, Bolshevik revolutionary and one of the leaders…

Alienation and Emancipation in the Work of Karl Marx

What would Karl Marx think? New magazine out now!