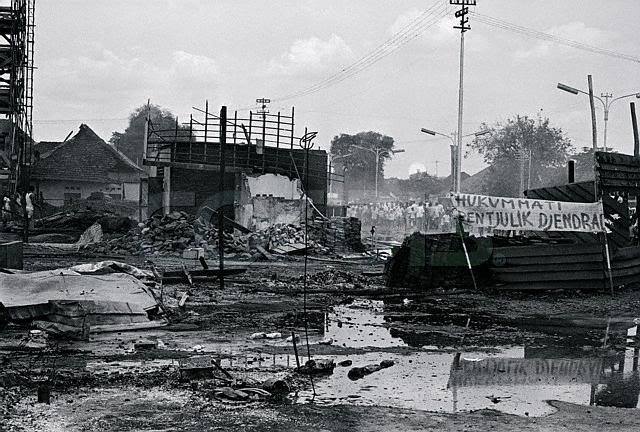 On September 30, 1965, a group of anti-imperialist military personnel and civilians, acting to protect the elected nationalist government of President Sukarno, staged a pre-emptive attack against a long-planned fascist military coup by Indonesian generals and the U.S. government.

The September 30th movement failed, and by the following day, October 1, 1965, the fascist coup led by General Suharto and the CIA was in full swing. Within months, millions of communists, nationalists, workers and peasants were massacred and the rivers ran red with blood.

We honor the martyrs who fell in one of the biggest setbacks ever experienced by the world working-class movement. Besides the Indonesian workers, who bore the brunt of the genocide, the revolutionary trajectory of the Chinese Revolution was deeply affected by the destruction of its close ally, the Communist Party of Indonesia (PKI).

Today, the revolutionary youth, workers and peasants of Indonesia continue to learn the lessons of this tragedy and rebuild the class struggle and anti-imperialist movement, even as the government recently extended the more-than-50-year ban on communism.

Documents of the PKI and other socialist organizations in Indonesia

fuckyeahmarxismleninism:‘Workers of my country, I have faith…