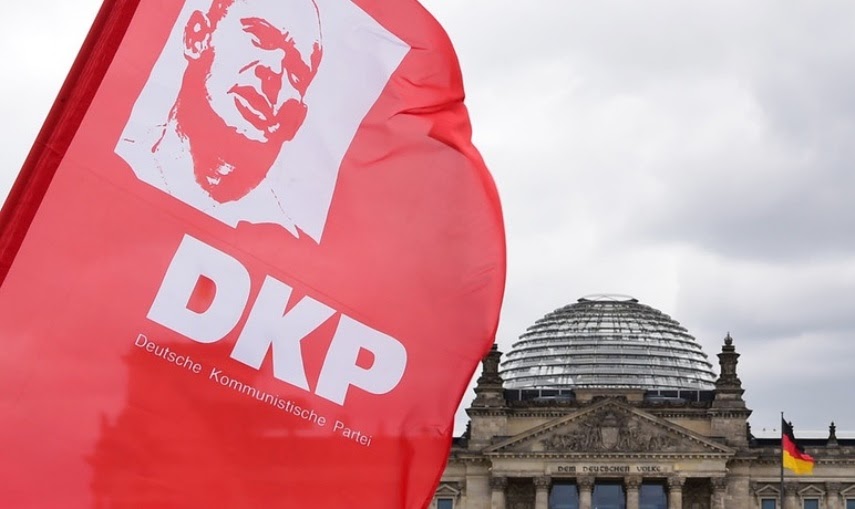 The 2021 German Federal election (Bundestagswahl 2021) is expected to be held on Sunday 26 September to elect members of the 20th Bundestag. On the same day, state elections in Berlin and Mecklenburg-Vorpommern are going to be held.

Although the election process in bourgeois democracy is certainly not an instrument for revolutionary change, the working men and women of Germany have on Sunday an extraordinary opportunity: To strengthen their own voice, by voting the German Communist Party (DKP).

Last July there was an attempt by the Federal Elections Commission to ban the DKP from participating in the election, threatening even the Party’s political activity. Thankfully, following the mobilization of communists in Germany and worldwide, the Federal Constitutional Court overturned the decision of the Elections Committee. The Communist Party will take part in the elections.

At an election rally held on September 4th in Leipzig, the Chairman of the DKP Patrik Köbele provided 12 good reasons for a voter to choose the Communist Party. Among the reasons Köbele deals with the argument that “a vote to DKP is a lost vote” and points out:

“It is very likely that we will not get into the Bundestag. Still, a voice is not a lost voice for communists. Rather, a lost vote is one that is given to a party that after the election does something different from what you voted it for. For example, a party that excludes the Bundeswehr from deploying abroad in its election manifesto, but even says yes to NATO in coalition negotiations because it wants to participate in government. That would really be a lost voice. A vote for the DKP, on the other hand, is a sign of protest against this way of dealing with bourgeois politics with voters, a signthat this buckling in front of the rulers does not work.” In a recent editorial in “Unsere Zeit”, the newspaper of the Party, deputy Chairwoman Wera Richter calls the voters not only to choose the DKP but also to be active, to participate in the struggle for peace, work and solidarity. After all, as she writes, the DKP differs from the bourgeois parties because it stands for revolutionary change in the streets, in factories and schools, where the heart of the working class beats.

Indeed, on Sunday 26th September the working people of Germany, the active youth that wants a better future, must reject the bourgeois voices of CDU/CSU, SPD’s social democrats, AfD’s far-right demagogues, FDP and Die Linke’s opportunists. On the contrary, they must strengthen the revolutionary alternative and vote for the German Communist Party.