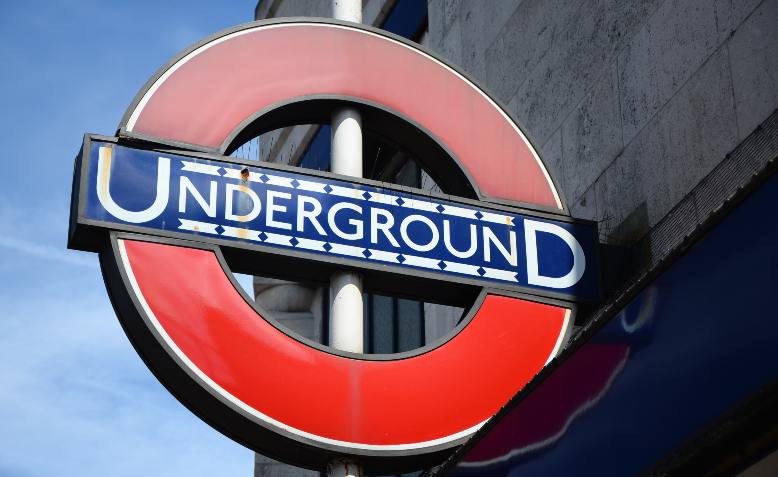 As the Tories prepare to inflict new cuts to London’s transport network and Sadiq Khan looks set to transfer the costs onto workers, the unions must get ready to fight

The announcements about London Transport’s future are shocking, not least in coming a mere week after Britain hosted the world’s largest climate-change conference, but they are not surprising to anyone who has been watching the situation.

The headline figures are terrible, and will doubtless make many Londoners very worried about the increased difficulties they are going to face in even the most basic activities of day-to-day life. Tube services are being cut severely, by something like 9% of capacity, and buses are being severely cut, with hundreds of routes being scrapped or heavily downgraded.

Sadiq Khan has made this is announcement in a bid to put pressure on the government. In his words:

‘We are now less than a month away from TfL’s [Transport for London] emergency funding deal expiring on 11 December. Unless the Government provides the long-term funding needed to maintain our public transport network, there will be no choice but to make significant cuts to services just as demand is growing again.’

The immediate signs are that the Tories are not backing down. Conservative members of the London assembly are supporting their government’s position, and saying that the onus is on Khan to implement cuts. His strategy is to hope that they see transport chaos in the capital looming and blink first, and he has no plan B. Or at least, not one that isn’t the same as the Tory plan A.

The truth is that Khan has prepared in absolutely no way to resist the Tories, not only since the pandemic, but in fact well before that. During his first mayoral term, he dutifully passed on Tory austerity to the London transport system. His belief has been, that by playing by the enemy’s rules and demonstrating ‘responsibility’, eventually a compromise will be found with the government. It was never going to work, and it is setting Khan and the London Labour Party up to play a calamitous role for transport in the city.

When Khan was elected Mayor of London in 2016, his manifesto contained two central pledges on transport. One was the uncontroversial ‘hopper ticket’ that made bus tickets useable on multiple vehicles. The other was the much more contentious freeze on fares. The fare freeze was undoubtably popular with voters, and understandably so with the very heavy cost burden that Londoners must pay for their transportation.

It was, however, arguably only a partial mitigation of that burden: London transport funding had been getting increasingly problematic since the Tory government abolished the Transport for London grant years earlier. This was an extreme austerity move, leaving London as the only major world city without public money backing for its transportation system.

Khan stuck to his policy, and this left TfL with no option other than to make cuts. The result has been years of restructuring within both TfL and London Underground Limited (LUL), including massive job losses, and much more furtively, the gradual loss of bus services.

It is important to understand that only Tube tickets make anything like an operating profit on London Transport, so the other services are in a very real sense subsidised by it. The balancing act worked just barely for about three years, but then collapsed entirely due to another factor: the massive engineering disaster that has been the construction of Crossrail.

Crossrail and other complications

Crossrail, to be known as the Elizabeth Line if it ever actually opens, was intended to be a new mass-transport rail line taking passengers East-West across London from 2018. Four months before its original opening date, the project management was forced to admit it was nowhere near being operational, and so a long period of ever-shifting deadlines was entered, which has still not ended. The failure to open wasn’t just an embarrassment, it was a major financial blow.

Year after year of additional works ran up more costs, but they have also taken from projected income in both ticketing and advertising revenue. How could TfL shoulder this sudden and massively expanding burden? It couldn’t. Within a year of the line failing to open, but significantly also many months before the Covid-19 outbreak, Khan’s London government administration was forced to transfer TFL’s Crossrail-related debts directly to City Hall’s own finances, to prevent TfL’s credit rating from being destroyed. The entire transport system was already skirting bankruptcy in 2019, after years of cuts.

What came once the pandemic hit, with transport slashed to almost unheard of low levels, was not actually a new crisis; it was a longstanding crisis suddenly strapped to a rocket. The timing was, from Sadiq Khan’s personal point of view, poor in an ironic way. His term was due to end in 2020, while he was still personally polling well, and the Tories had selected a notoriously unimpressive mayoral candidate.

He thought, then, that he had a get-out on transport, which involved being re-elected without the fares freeze, and then raising tube fares to stave off the immanent disaster. But then lockdown happened, postponing the election and giving Khan a ‘bonus’ year in office which was easily the last thing he could possibly have wanted. Proof of this is the fact that London Labour Party activists were still supposed to be out canvassing (despite the very genuine threat of spreading Corona virus!) until hours before the government declared the postponement.

Like all aspects of the transport system, Transport for London limped through 2020 thanks to bailouts. Sadiq Khan, meanwhile, limped through his eventual re-election campaign. The struggle he had to defeat the Tories’ hapless Shaun Bailey, a man widely regarded as joke candidate, is reflective of just how much shine has come off his mayorship.

When elected in 2016, handily defeating a Tory who had run an outrageous race-baiting campaign, it’s quite hard to recall that there was real excitement from many people, particularly among working-class communities, ethnic minorities, and the trade unions.

He had big promises for both housing and transport: none of it has been delivered. By 2020, homelessness was worse, rents were even less affordable, and the failures of the transport system were obvious. His administration is seriously adrift, with a declining mandate, and everyone knows it.

There is no future in Khan’s policy of reluctantly playing by the government’s rules, but doing it better. The Tories are very clear what they want: huge cuts to transport costs, to be funded by cuts in the terms and conditions of transport workers’ employment, and high fares for passengers. The fact that a bloody confrontation with the transport unions is necessary to this is a positive bonus for them.

They very clearly do not care about Transport for London, or indeed City Hall, since these are Labour Party created institutions which are instinctively unattractive to them. Are they worried by Khan’s threat to ‘manage the decline’ of London Transport? No, there is no possibility that the mayor’s plea for enhanced bailouts will come to anything.

So, what will Sadiq Khan, and Labour in London do? Again, we already know this. They want to keep their jobs and political office. TfL has made it clear that they intend to come after transport workers’ pensions: they are essentially already on board for a fight with the unions.

In their own minds, they presumably see themselves as ‘caught between’ the Tories on one side and the unions on the other, but they do not oppose the Tories in any meaningful way. The difference between what’s left of the Khan strategy and simply delivering Tory cuts is basically just rhetoric.

Many trade unionists celebrated the victory in 2016, and not without cause. However, that was now a long time ago, and it would be an unmitigated disaster if transport workers today were persuaded to accept outrageous attacks on themselves as part of some deal to protect institutions and politicians who have already failed.

Support the Bus drivers dispute. Public transport is the future

Does Repeatedly Calling China a Threat Reify It?