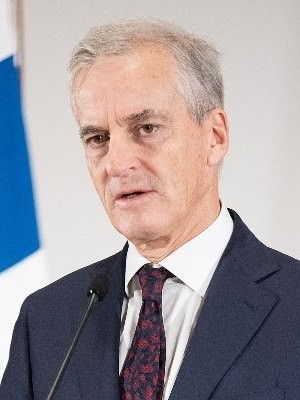 The ruling Norwegian Labour Party (Arbeider Parti) received 15.4 per cent support in a November 2022 Gallup poll. The AP seems paralyzed, unable or unwilling to help workers, students, and the poor. They are leaving working people poorer and paying for a crisis they didn’t create.

Norway’s cabinet under Prime Minister Jonas Gahr Store, the leader of the Labour Party (AP), took office on 14 October 2021 and we see the AP is ignoring the workers, the poor, and the pensioners, and thereby losing in the polls. The left wing of the AP is starting to organise a fight back. But without the right of recall and the right to democratic reselection of elected public positions of the party, they are stuck with this neo-liberal, EU-enthusiastic prime minister. The left wing of the AP and Socialist Venstre (SV), which split from the AP in the 1970s over the EU, should be out campaigning calling on the unions to demand the AP Coalition give reforms to help the workers, students, and the poor.

The newspaper, Dagens Næringliv, says inflation is the highest in Norway for 35 years. The prices of food, electricity, bank charges and bank interests are increasing. House rents are increasing and the job market is now showing big problems. This will increase the pressure on the members of the AP to make their leaders do something for the workers, poor, students and pensioners, but without bold socialist policies and the democratic right of recall and the without the right democratic reselection they are stuck with their own so-called leader.

The lifestyle of our leaders in the workers’ movement also needs to be looked at. Leading figures in trade unions have a wage that is much more than the workers they are representing. No trade union leader should be paid the average wage of a normal worker (such as an electrician or a nurse). This also goes for an SV leader or a parliamentary representative; in addition, all expenses should be scrutinised by a democratically elected committee. If the trade union leaders took the wages of an average worker they would not so easily settle for the low wage rises for their members.

The next conference of SV in 2023 will democratically elect its new leader(s), and the rules of the SV also allow the democratic right of recall if necessary in the future. The CWI in Norway thinks that these democratic reforms are absolutely necessary inside SV if it is to become a vehicle in the fight for socialism.

According to accounts on NRK TV, there has never been more reliance on soup kitchens than in winter 2022. In the town of Lillehammer (of Olympic winter games fame), the Salvation Army states that visitation to their soup kitchen has gone up by 350% in 12 months, and this is more or less the same in all the main towns and cities in Norway.

This is happening at the worst time for workers, the poor, and pensioners since the end of WW2. While SV has at least some socialist answers to the problems of the workers it, unfortunately, doesn’t have enough poll support to form a government. The SV needs to become a more activist party and be out there in the trade unions, fighting and encouraging a struggle for a better standard of living for workers, instead of supporting the ‘triparty system’.

After two programmes on national TV showing a single mother describing how, between sobs, she had to borrow money from her 73-year-old pensioner mother, and how unemployment benefits are now gotten with a form for means testing, full-timers in the trade unions have told the press that they have been contacted by workers and shop stewards in the trade unions, putting pressure on the leader of the Norwegian TUC (LO), who, in turn, were forced to call in the leader of the AP into her office.

Pressure from the LO was put on the leader of the AP, Støre. The SV also lobbied Støre, who was forced to introduce a budget supposedly to help workers, the poor and students. There are demands for Støre to help more. The left wing of the AP and the SV should be out campaigning, demanding far-reaching measures. Enough is enough!

What is happening in the Norwegian economy?

Gains achieved in Norway for the working class after the Second World War are being taken away. Gone are publically run services such as the post office, the telephone company (including massive profits from mobile telephones and the internet) and parts of the railways. We have partially private doctors’ services and clinics, and cuts to hospital wards have begun. Previously all these were under state ownership but no longer.

During the eight years the Conservatives were in power, they took NOK 48 billion from the state budget for municipalities (2% each year). Municipalities up and down the country are now faced with cuts to hospitals, schools, kindergartens and libraries. The left parties in local government claim they have juggled the municipal finances to ensure that the poor and pensioners do not suffer. They waited for an AP government to help. But it did not arrive. The AP coalition is not helping the workers, students, and the poor who are suffering from high rents, food banks and soup kitchens, and even means-testing for unemployment benefits.

Today are living through a war in Europe, a pandemic and a national and municipal council budget crisis. The previous national budget (from October to November 2022) saw the AP coalition fail workers, pensioners, students and the poor. The AP and its junior party in government, the SP, got hammered in the polls. The polls were merciless. Workers face the biggest financial crisis for 35 years, and the AP did nothing – only claiming that helping the needy will cause inflation!

If you look at the history of social democratic parties in Europe for decades after WW2 they were often thriving but now they are often low in the polls because they have not helped workers. Are Scandinavian Social Democratic parties different? They have largely taken the same course over the last decades.

All these sorts of measures would be welcomed by the voters, alongside a full programme for socialist change.

In a cost of living crisis, Croydon Hospital workers show how to win – News from the Frontline

Cost of living crisis: We need a pay revolt! – News from the Frontline

The Cost of Living Crisis

The cost of living crisis is a political choice

The cost of living crisis: all out this Saturday!

‘We won’t pay!’: Protesters take to the streets against Tory-made cost of living crisis