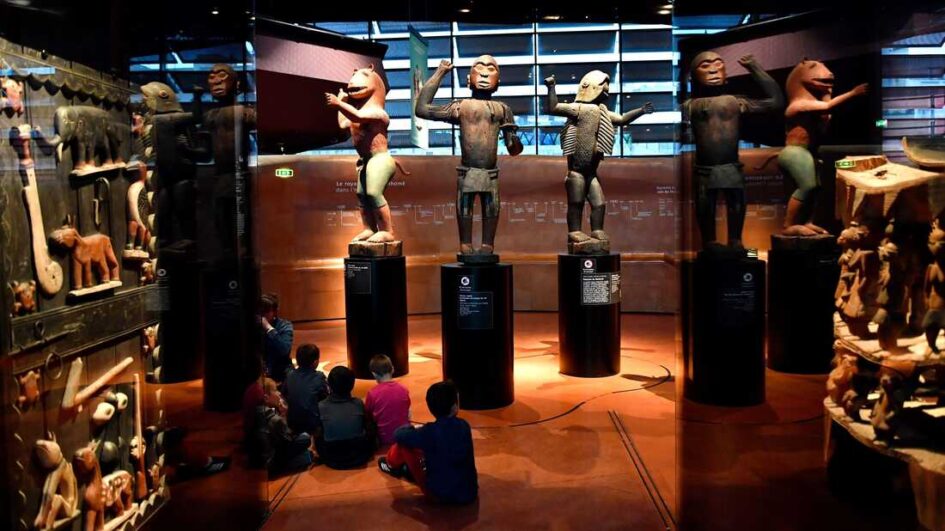 Courtesy of the International Inventories Programme (IPP), we now know that Kenya’s cultural objects plundered during the colonial period amount to over 32,000 items, and this particular lot is held in just 30 institutions in North America and Europe. This IPP is a collection of Kenyan organisations and partners that put together a comprehensive database of the artefacts.

The database is crucially important as it will serve not only as a tool to make the artefacts accessible but also one that allows Kenyan communities to locate their cultural heritage. It is therefore laudable the National Museums of Kenya (NMK) is a key partner in the inventories programme, being the government facilitator for their return – if they do ever return.

Reservations over whether the artefacts will ever make it home to their communities arise from perceived negligence that the government should answer for. Nearly sixty years after independence the government does not as yet have a policy and framework with which to restitute its heritage. This was admitted by NMK Director-General, Dr Mzalendo Kibunjia. Last June, he acknowledged that the government was in the process of developing the policy.

There’s no evidence that the policy is now in place. More damning perhaps is Dr Kibunjia’s further admission that Kenya is yet to ratify the 1970 UNESCO Convention on the Means of Prohibiting and Preventing the Illicit Import, Export and Transfer of Ownership of Cultural Property.

Ratifying the convention is important; its essence being the pillars it offers on which to anchor government policy vis-à-vis other signatory nations, including the return of cultural property. Why it should take more than 50 years to even appear to begin the process of ratification beats comprehension.

Its involvement in the inventories programme through the National Museums might appear a sign of its commitment to making things right but instead, it shows the government as stone deaf. The programme’s spinoff series of exhibitions that concluded in January 2022 at the Weltkulturen Museum in Frankfurt, Germany, brings out this irony.

Titled “Invisible Inventories – questioning Kenyan collections in western museums”, the exhibitions were first held at the National Museum in Nairobi and Germany’s Rautenstrauch-Joest Museum in Cologne between March and October 2021.

As one of the organisers explained, the expositions were “really about colonial, symbolic violence. [They were] about the traumatic experience of being robbed of your cultural heritage, your history, identity and memory.”

That colonialism should even be invoked is to indict the government of complicity. The continued disenfranchisement of its peoples’ heritage without a plan how to get it back is tantamount to the government abetting the cultural colonialism and the violence this symbolises.

One only needs to recall the delayed return of items such as the skull of the Nandi chief Koitalel Arap Samoei from Britain to evoke the morbid reality of this violence. It had to take the initiative of two Kenyan scholars to have items such as the chief’s royal batons returned in 2006.

Yet the colonial violence includes the disrespect inherent in the distorted meanings and abused provenance of many of the hoarded artefacts. Some of the notable findings of the international inventories programme showed how data errors in the western institutions perpetuate misrepresentation and misattribution of cultural objects.

Take, for instance, the emblematic wooden, leaf-shaped ndoome shield of the Agikuyu dating the late 19th or early 20th centuries. Until its cultural use was recently revealed to have been ritualistic in circumcision ceremonies, Western scholars had misattributed it as having been used in warfare. The shield is currently in the possession of the Weltkulturen Museum.

More insulting perhaps is the uncorrected labelling of items such as that of the sacred Ngadji Drum of the Pokomo. Considered a symbol of supreme authority, the Drum is sacrosanct and was revered as the centre of sovereign power and communal life of the Pokomo. Stolen in 1908, it is now dismissively listed as “drum” in the British Museum archives.

Consider this: A Pokomo or other Kenyan youngster encountering the Drum as currently misattributed would be as dismissive of its sacredness. This might recall one to Nigerian writer Ben Okri when he once wrote, “To poison a nation, poison its stories.”

Our material heritage such as the Drum and the ndoome often are bearers of our stories. Thus when Okri adds that “a demoralised nation, tells demoralised stories to itself”, he also warns us, to paraphrase him, to beware of a government not fully conscious of the importance of its gifts, as it may unwittingly be helping along with the psychic destruction of its people.

This alludes to other African governments, not just Kenya. A report commissioned by French President Emmanuel Macron in 2017 estimates that over 90% of sub-Saharan Africa’s heritage is contained in Western museums, many of which are adamant about holding on to the cultural wealth.

Among the most notorious is the British Museum, which seems only willing to loan the artefacts back to their countries of origin, but not return them. Sample, for instance, how a museum spokesman put it: “We believe the strength of [The British Museum’s] collection is its breadth and depth which allows millions of visitors an understanding of the cultures of the world and how they interconnect – whether through trade, migration, conquest, or peaceful exchange.”

Countries around Africa have been making sustained efforts to get back their looted heritage. But in the spokesman’s comment, it is as if only the British Museum has the ability to allow the understanding of our own cultures, which simply can’t be true and is insulting. The National Museums of Kenya, for instance, is held up as among the most able in Africa and the world in terms of research, human and infrastructural capacity. To imply that therefore that institution such as the British Museum is the best suited is not only insulting but perpetuates colonial stereotypes and power relations that Kenya should not appear to condone.

It behoves the government therefore to hasten with the policy and ratification of the UNESCO convention. In fairness, however, it has tried its bit to ensure the return of some of its heritage. In July last year, it facilitated the return of thirty of the Mijikenda vigango from the Denver Museum of Nature and Science in the United States. Known as “spirit markers” among the community, as vigango are tall, narrow and painted wooden memorial posts resembling an abstracted male body incised with repeating geometric patterns, of which there are 400 at the museum.

The government also needs to get its act together. Several other vigango repatriated from California State University Fullerton in 2014 are inexplicably stuck at the Jomo Kenyatta International Airport customs shed. When they arrived, customs officials said the university had to pay a duty tax currently standing at nearly $60,000 (Ksh.6.7 million).

The government is yet to waive the fee. It must address this urgently.

*Gitura Mwaura is a writer and development journalist

The Cultural Genocide in Palestine: On Sally Rooney’s Decision to Boycott Israel

There is no utopian schema to replace careful reading: Notes on Anshen’s Marxist Literary and Cultural Theory (2017)

“Society is key”: Notes on Chapter One on Anshen’s Marxist Literary and Cultural Theory (2017)