Government to throw away Covid protections 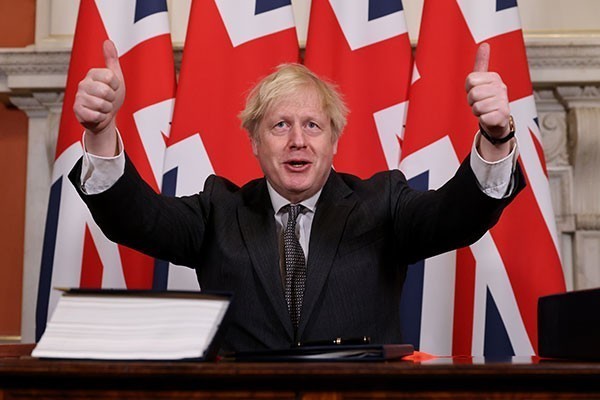 Boris Johnson was expected this week to throw away virtually any protection against Covid-19.

A senior government source told The Telegraph newspaper that Johnson’s argument is, “This is the new normal. We need to learn to live with Covid.”

His speech came as around 1,000 people die a week with Covid-19 across Britain, and about 7,000 were admitted to hospital.

Scotland, where schools went back earlier than England, had by far the highest case rates last week.

England is highly likely to follow as schools fully return and universities reopen.

Professor Christian Pagel, a member of the Independent Sage experts’ group says, “In terms of admissions, levels in England are far lower than the January peak.

“But this week we reached 900 a day for the first time since February.

“And we’ve had high levels for a long time—adding over 5,000 admissions a week for several weeks now.

“Deaths are going up—slowly, but they are going up. Since 1 July more than 5,000 people have died.

“Right now, about 1,000 people are dying with Covid every week. I don’t think we should be OK with this.”

There have been over 2.7 million confirmed cases since the Delta variant took over in mid-May. And there is no sign of the figures coming down.

Johnson wants to sweep away any restrictions of the ability of big business to make profits.

And he wants schools to operate as if Covid-19 has disappeared so that parents can be guaranteed to go to work.

This requires persuading people that it is perfectly fine to “live with the virus” and at least 50,000 deaths a year.

The rise in Covid-19 Cases will push the NHS into further crisis.

The BMA doctors’ association has condemned the government’s handling of coronavirus and demanded no going back to a pre-pandemic NHS that was understaffed and underfunded.

In a speech on Monday, Dr Chaand Nagpaul, the BMA’s chair of council, said NHS staff have never faced such a crisis before,

He urged ministers to take action to ensure the health service is better prepared to respond to pandemics in the future.

“We will not accept a return to the old pre-pandemic NHS, which was so patently understaffed and under-resourced, where nine in ten doctors are afraid of medical errors daily,” he said.

“We will not accept an NHS running at unsafe bed occupancy and without spare capacity.”

These bold words need to be turned into action.

Even deeper crisis in NHS

The rise in Covid-19 Cases will push the NHS into further crisis.

Already there are reports of many hospitals and ambulance services unable to cope.

A paramedic working in Cornwall is so concerned by the current crisis facing the ambulance service that he believes “someone is going to die, if they haven’t already”.

There is also a crisis in the Scottish ambulance service with the Daily Record reporting that the average waiting time for an ambulance had soared to six hours.

Patient Sheila Anderson, 67, waited 20 hours for an ambulance to arrive after having a serious reaction to a drug given during hip surgery. Her ordeal culminated in a three-hour wait outside Glasgow’s Queen Elizabeth University Hospital

NSW Labor are letting Berejiklian get away with it