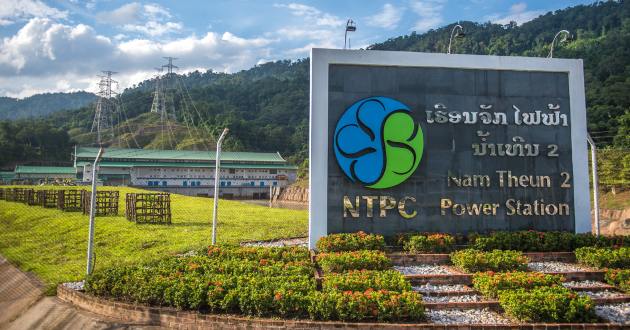 Despite being linked to several disasters, the Asian Development Bank has reaffirmed its commitment to large hydro developments. Rishika Pardikar speaks to people holding it to account.

Large hydropower projects, which use moving water to create electricity, can have destructive consequences for the environment – despite their seemingly green credentials.

Despite this, the Asian Development Bank (ADB) has shown its willingness to continue financing them in its recently published draft energy policy – a document which could shape its investment decisions in the coming years.

The regional development bank’s first draft of the policy was published in May 2021, with an update released in August to reflect consultations with a variety of stakeholders like shareholders, energy policy and technology experts and civil society organizations. Now, many of the people who were part of such consultations or sent representations to ADB say their concerns regarding large hydropower projects were ignored.

Styled as a ‘non-carbon’ energy pathway, hydropower is usually touted as a source of ‘green energy’ for two reasons: reliance on the water cycle and the fact that they do not entail the burning of fossil fuels.

But environmentalists opposed to large hydropower projects argue that these capital heavy developments are not emissions free and risk the disruption of sediment and water flow that could then impact lives and livelihood of local communities, as well as destroy the habitats of wildlife on land, and in the water.

Why focus on large-scale hydropower when there are better pathways that can meet energy needs?

In the Himalayas, the repeated warnings of experts against hydropower development have been largely ignored. The mountains have seen several disasters exacerbated by large hydropower projects. In February this year, a broken glacier caused an avalanche which smashed into two hydroelectric dam projects in Uttarakhand, northern India, and killed over 200 people. In 2013 over 5,700 people were killed in flooding in the same region.

In its policy document, ADB has placed large hydropower alongside other energy sources like solar, wind and geothermal energy and stated that it will be ‘selective’ in its support for such projects. They also stress that ADB will only support those hydropower projects that have been robustly evaluated in terms of environmental and social impacts.

In May’s version of the energy policy, the ADB noted that to become truly sustainable, ‘economic growth must be decoupled from environmental degradation.’ In the more recent version this sentence has been reworked to state that economic development ‘must be rapidly decoupled from its high dependence on energy demand, and energy supply must in turn be decoupled from its reliance on fossil fuels.’

Such carbon-centric framing, according to Gary Lee, the Southeast Asia Program Director at International Rivers, ‘fits into the promotion of false solutions like large hydropower projects’.

The ADB says it is ‘committed to achieving a prosperous, inclusive, resilient, and sustainable Asia and the Pacific’, but support of big hydropower projects seems to contradict this. A Mekong River Commission Council Study shows that proposed dam projects ‘are likely to reduce resilience and increase the vulnerability of rural communities in the Mekong impact corridor, with the main benefits going to power companies and consumers mainly outside the corridor at the expense of fishing and rural households.’

Lee has studied the impact of hydropower projects in the Mekong river basin across South East Asia, including those that have been funded in full or in part by ADB. He points out that there is growing evidence pointing to the adverse consequences of large-scale hydropower on the environment, on peoples’ food security and livelihoods and in exacerbating social inequalities. For instance, International Rivers noted how the Mekong river basin is the largest inland fishery wherein fish make up around 80 per cent of the animal protein needs of locals. But, the group points out, an ADB-funded dam led to drastic reductions in fish catch that impacted both diets and livelihoods.

In addition to South East Asian countries, civil society groups in Pakistan, Nepal and Bhutan have raised environmental and socio-economic concerns related to displacement and livelihood about large hydropower projects and associated transmission lines, including in some cases, filing formal complaints at ADB headquarters in Manila. ‘How can the ADB ignore these critical issues brought forward by affected communities, while still  considering investing in even more hydropower dams?’ asks Tanya Lee Roberts-Davis, a strategist at the NGO Forum on ADB which brings together over 200 civil society organizations across Asia.

In the Himalayas, the repeated warnings of experts against hydropower development have been largely ignored

Large hydropower projects do result in some amount of greenhouse-gas emissions. A paper published in June shows that post the construction of the Belo Monte dam in Brazil, greenhouse-gas emissions in the area rose three times. The dam has the largest installed capacity among run-of-the-river (ROR) power plants. ROR projects are different from conventional hydropower in the sense that they do not have large reservoirs. And so, they are widely considered to have a lesser strain on the immediate environment.

And as for hydropower projects with large reservoirs, a 2016 study noted that hydropower reservoirs are “a source of biogenic greenhouse gases and in individual cases can reach the same emission rates as thermal power plants.”

Large hydropower projects are usually capital intensive. Because the biggest portion of funding is required upfront during the construction phase, loans are a common method of financing. This could lead to debt traps for struggling economies. ‘The country of Laos is in significant financial distress because of borrowings to finance hydropower projects,’ Lee explains.

Himalayan hydropower projects in India not only require millions of dollars in construction costs but also run on heavy cost overruns and time delays during construction. In many cases, this imposes significant burdens on the state exchequer – taxpayers’ money.

Manshi Asher, a researcher at Himdhara, a Himachal Pradesh-based environmental research and action collective noted how, for the Indian private sector, hydropower projects are ‘a big no-no’ because of the scale of financial investments they entail.

Almost all hydropower projects are being established by central and state public sector entities,’ she noted. She also added that uncertainties linked to climate change like extreme rainfall, flooding and droughts will only make the situation worse – both in terms of environmental sustainability and financial viability.

The ADB were contacted regarding concerns raised by experts and civil society groups, but declined to comment.

Plotting the path ahead

The ADB’s updated draft energy policy states that staff guidance notes will be prepared so as to guide the bank’s decisions with respect to hydropower. ‘This is problematic from a process point of view because it excludes scrutiny from external groups like civil society,’ Lee says. Essentially, since these guidance notes will be internal documents, their robustness is not open to public questioning. ‘The devil is usually in the details,’ Lee added.

NGO Forum on ADB have called on the bank to prioritize decentralized options for power generation which could ‘meet the energy needs of people without putting at risk thousands of peoples livelihoods for projects that may never be possible to operationalize due to climate-related hydrological fluctuations.’ This, the coalition says, is especially significant given evidence that installing new solar and wind projects is already outpacing the development of hydropower dams in the Mekong region.

Small hydropower projects in the form of micro– and pico–grids of less than one megawatt, run by local communities, also hold lessons in sustainability. Myanmar in particular has achieved success in such models.

Why focus on large-scale hydropower when there are better pathways that can meet energy needs?’ asks Lee. He added that ADB should heed the call by over 395 civil society organizations in 80 countries prioritize investment in non-hydropower renewables and storage, and prioritize distributed and smaller-scale energy solutions that safeguard protected areas, free-flowing rivers and Indigenous territories.

Roberts-Davis is adamant that the way to ensure river resilience, community resilience and climate resilience ‘would be to allow rivers to run free.’