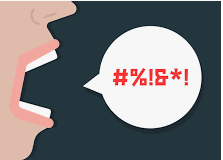 Make a submission to stop this mess being codified into law

The Free Speech Union is urging people to make submissions to halt the proposal put
forward by the Ministry of Justice for hate speech laws. The FSU state:

“[T]he proposals put forward by the Ministry of Justice are dangerously vague and unworkable. It is impossible to define the term ‘hate’, or how it will be used by the police and courts and so it is likely to result in subjective assents and ‘mob rule’ prosecutorial decisions. The inclusion of these laws in the Crimes Act represents a significant, unwarranted ‘levelling up’ of the current legislation, despite the fact the Government has not outlined the need for such a disproportionate increase. Three years imprisonment is in no way commensurate with the objective harm caused.

“Criminal law is about action. The only ‘thought’ component previously included relates to quantifiably outlining intention to commit an action. This law digs deeper behind the intention into the thought, which is the point at which thought becomes criminal. Neither the Prime Minister nor the Minister of Justice have been able to clearly outline how these proposals would work in reality, placing an unacceptable and
undemocratic burden on the police and the courts to explore the extent of this law.

“Finally, hate speech laws don’t reduce hate – they just send it into the dark and underground where it is harder to identify. The Ministry of Justice has yet to clearly outline the need for the changes which have been put forward and/or to demonstrate how these proposals will in fact provide greater protection in
the long run for any so-called protected groups.”