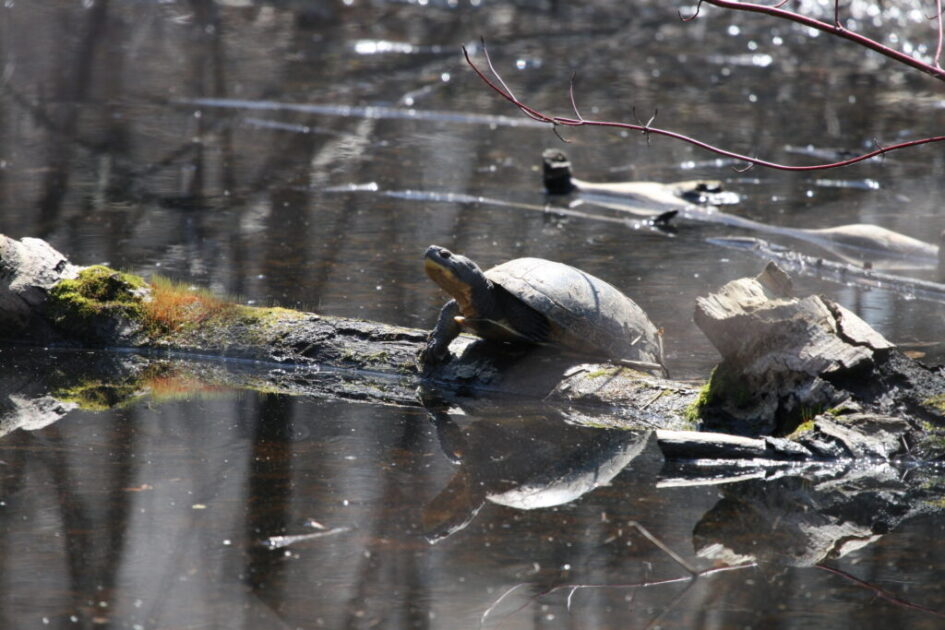 The head of an Ontario government agency aimed at protecting species at risk has resigned in protest of the province’s dismantling of environmental protections to get “More Homes Built Faster.”

The resignation comes less than a year after Premier Doug Ford’s government appointed Doug Varty to chair Ontario’s Species Conservation Action Agency. Varty said in a LinkedIn post Dec. 21 that he was resigning because of the Progressive Conservatives’ changes to land use policy, and because the government “is not listening to or acting in the best long-term interests of the people of this province.”

Since late October, Premier Doug Ford has opened the province’s Greenbelt for development and massively overhauled the environmental scrutiny applied to development, part of a suite of changes his government says is aimed at boosting housing supply.

“Like many Ontarians I have become increasingly disappointed in the recent direction of the Ford government with respect to land/greenbelt protection, watershed protection, sprawl and other related matters,” Varty wrote.

In an interview with The Narwhal, Varty said his resignation had nothing to do with the Species Conservation Action Agency, and everything to do with “personal” concerns that he felt he couldn’t express publicly as the chair of a government agency.

“It just seems to me that we’re sliding backwards in Ontario, when we need to be doing more faster on a bigger scale if we’re going to deal with climate change and biodiversity loss,” he said.

“To see it all disappear and get destroyed, I think would just be a shame. It’s not the sort of legacy I want to leave my children and grandchildren.”

Robert Dodd, a spokesperson for the office of Ontario Environment Minister David Piccini, didn’t address Varty’s critiques when asked by The Narwhal. According to Dodd, Varty had already told the government on Oct. 13, before changes to the Greenbelt were announced, that he wasn’t planning to seek a second term as chair. A new chair will be appointed next year, Dodd added.

“This makes it clear that people who are in leadership positions advising the government just can’t stand to be associated with the things that they’re doing,” Tim Gray, the executive director of the advocacy organization Environmental Defence, said in a phone interview.

“It’s very, very difficult for anyone who cares about the public interest to remain in any kind of leadership role working with the current Ontario government.”

The Ontario government created the Species Conservation Action Agency in 2021 to administer a new provincial fund for species at risk. That fund allows industry to do work that harms the habitats of six species at risk — the butternut tree, Blanding’s turtle populations in the Ontario shield region, and four birds, the barn swallow, bobolink, eastern meadowlark and eastern whip-poor-will — on the condition that they pay into the fund. Critics have called it a “pay to slay” fund.

In an email sent after this story was published, Dodd said that criticism is “misleading,” and that the government expects the fund to benefit species overall by using the money “with the long-term interests of those species in mind.” Companies and people that propose projects impacting species at risk still have to comply with endangered species law, he added.

The Species Conservation Action Agency is tasked with managing the fund’s money and putting it towards projects that protect and help species at risk elsewhere. In his email, Dodd said the agency “will consider the nature and location of impacts to species at risk and their habitat by proponents paying the charge in its decision-making.”

In early December, The Narwhal reported on a letter sent from Parks Canada to the Ontario government, which said the decision to alter the Greenbelt’s boundaries violated an agreement between the two levels of government about the management of Rouge National Urban Park. Parks Canada highlighted the need to protect species at risk, saying the Blanding’s turtle was of particular concern. “While turtles are released in Rouge National Urban Park, these species move in an unrestricted fashion between the park and the adjacent Greenbelt lands,” the letter said.

Varty’s public condemnation of Ford’s changes comes 11 months after he had lauded the agency on LinkedIn, expressing his excitement as he began his new role as the chair.

“We have a great team launching this agency,” Varty wrote at the time. “I look forward to playing a greater role in protecting species at risk and working with the team at the ministry.”

Varty and the province’s online database of appointees say his term was due to expire on Jan. 26, 2023, along with the rest of the current board. Dodd said Varty’s term expires Dec. 31.

The remaining appointees to the agency’s board of directors include the CEO of the Toronto Zoo; a professor at the University of Toronto’s Faculty of Architecture, Landscape and Design; and the founding president of the Ontario Waterpower Association, which represents companies involved in hydroelectric power generation.

Two weeks before his resignation, Varty posted about attending a rally outside an MPP’s office to oppose the Ford government’s recent changes to environmental policy. “I am 64 years old, consider myself a conservative and have never participated in a protest and never thought I would,” he wrote.

Speaking to The Narwhal, Varty said he’s the type of person who usually works behind the scenes. “I just decided it was time in life to have that experience and be seen publicly opposing the directions of Bill 23 and other recent developments.”

Varty is a financial and business advisor by trade. He has also been involved with conservation as a board member for the Nature Conservancy of Canada, and as co-chair for Couchiching Conservancy Advisory Council, though he told The Narwhal he is speaking only on behalf of himself.

In 2020, the Ford government’s approach to urban development also triggered the resignations of seven members of Ontario’s Greenbelt Council. The council, a government-appointed expert panel, advises Municipal Affairs and Housing Minister Steve Clark on issues related to the Greenbelt. Its members quit en masse after the government watered down the powers of conservation authorities, agencies that oversee key watersheds in the province.

The Ford government disempowered conservation authorities again earlier this year with Bill 23, part of its recent rush of new housing legislation — a move Varty cited in his LinkedIn post about the resignation.

Varty told The Narwhal he hopes the government will reconsider its decision on the Greenbelt and listen to stakeholders who have expressed concern about Bill 23. It’s not just environmentalists, he added, but also a broad cross-section of people from across the business world who are worried.

“I don’t think they’re listening,” Varty said of the provincial government. “And they should be.”

Updated Dec. 23, 2022, at 12:30 p.m. ET: This story was updated to add more details about the Blanding’s turtle population eligible for work by the Species Conservation Action Agency, and to include additional responses from the Ontario government.

Banner:
The Species Conservation Action Agency collects money from industry wanting to do work that harms the habitats of six species at risk, including the Blanding’s Turtle. This week, the head of the agency resigned, citing the Ontario government’s changes to environmental protections.

More than 5,000 wild species are at some risk of extinction in Canada