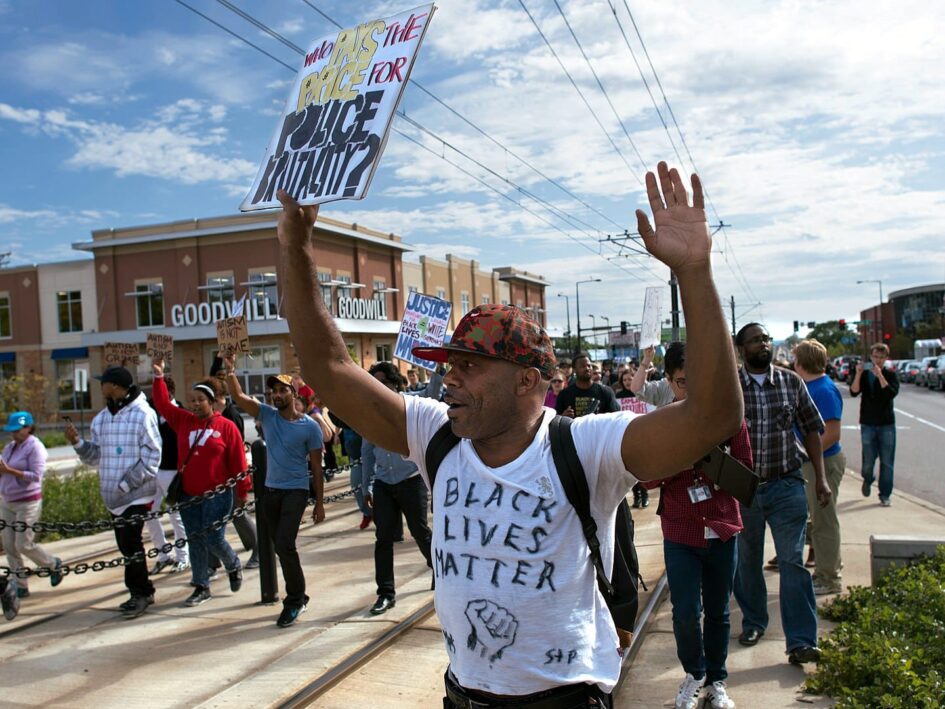 St. Paul, Minnesota September 20, 2015 around 100 protesters blocked the light rail line in St. Paul to protest the treatment of Marcus Abrams by St. Paul police. Abrams, who is 17 and has Autism, was violently arrested by Metro Transit Police on August 31, 2015. During his arrest he suffered a split lip and multiple seizures. Credit: Fibonacci Blue from Minnesota, USA – Black Lives Matter protest against St. Paul police brutality, CC BY 2.0, Link.

What if a colonial settler state accidentally
vaccinated 61% of its population
With a virulent variant of a vicious virus?

What if that virus was a WMD-3-Reich-Redo-2:
Blut und Boden colonial settler thug blood and
soil transmitted pathogen?

What if peoples tried masking—double masking,
triple masking, quadruple masking, quintuple
masking— but the only mask that worked was
the Hannibal Lecter mask of aircraft steel…?

What if some of its symptoms included Lockjaw
among left, liberal, media, academy circles; And
Tourette’s on the ground: “The only good Indian
is a dead Indian!” “Lynch the N-words!” “Kill Arabs!”
And “Jews will not replace us!”??