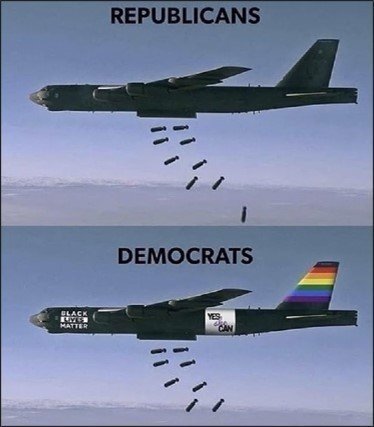 August 5, 2021–The following is a selection of the news and analysis headlines posted in July 2021 to the three news pages on A Socialist In Canada website—World news, Ecology, and Canada news. To view the full listing of headlines for June 2021, go to the archived pages:

A new feature page was created on A Socialist In Canada. It is titled Editor’s comments and it consists of brief commentary and analysis on important stories by the website editor Roger Annis.

Find the complete world news headlines for July 2021 on the archived website page for that month.

The ideology of late imperialism and the return of the geopolitics of the Second International, essay by Zhun Wu, Monthly Review, March 1, 2021 (print issue of March 2021) …The disappearance from leftist discussion in the West of analyses of imperialism is quite remarkable. According to Google Books data, the frequency of the term ‘imperialism’ in a large sample of English-language books declined by more than 50 per cent between 1974 and 1990… There has been a rise of conservative ideology framed as leftist discourse and a related return of what we can call ‘Second International politics’. This breaks from the Marxist traditions exemplified by Lenin and Mao Zedong and severely limits revolutionary potential in the imperialist core…
[And read a commentary by Roger Annis on this article, here on the ‘Editor’s comments’ website page.]

How Cuba has survived the U.S. embargo/blockade, essay and book review by Tony Wood, in London Review of Books, July 1, 2021 read the essay here in pdf format: Cuba and U.S. blockade
Previously reported: What’s actually going on in Cuba?, by Helen Yaffe, Novara Media, July 20, 2021 (Helen Yaffe is a senior lecturer in economic and social history at the University of Glasgow. She is the author of We Are Cuba: How a Revolutionary People Have Survived in a Post-Soviet World and Che Guevara: The Economics of Revolution.)

China: Imperialism or semi-periphery?, by Minqi Li, Monthly Review, July 1, 2021 (Minqi Li is a professor of economics at the University of Utah.)

Cuba’s cultural counter-revolution: U.S. gov’t-backed rappers, artists gain fame as ‘catalyst for current unrest’, by Max Blumenthal, The Grayzone, July 25, 2021 (part one) …Behind their branding as cosmopolitan intellectuals, renegade rappers and avant garde artists, the ‘San Isidro’ cultural project has openly embraced the extremist politics of the Miami Cuban lobby. Indeed, its most prominent members have expressed effusive support for Donald Trump, endorsed US sanctions, and clamored for a military invasion of Cuba…
Related:
* Washington beats the drum of regime change, but Cuba responds to its own revolutionary rhythm, by Tricontinental Institute for Social Research, July 22, 2021
* Cuba is hell, purgatory or paradise, depending on your social class and outlook, by Frei Betto, published by Internationalist 360, July 20, 2021 (Frei Betto (Carlos Alberto Libânio Christo, b 1944) is a Brazilian writer, political activist, philosopher, liberation theologian and Dominican friar. He is an advisor on behalf of the UN’s Food and Agriculture Organization to the Cuban government on the implementation of Cuba’s Food Sovereignty and Nutritional Education Plan.)
* The Bay of Tweets: Documents point to U.S. hand in Cuba protests, by Alan Macleod, Mint Press News, July 16, 2021 The U.S. government can cause economic misery for the Cuban people, but it cannot, it appears, convince them to overthrow their government.

Why liberals suddenly love the ‘lab leak’ theory of pandemic origins, feature essay by Alan Macleod, Mint Press News, July 9, 2021 The lab leak theory bears a striking resemblance to the ‘weapons of mass destruction’ hoax of 2002, not only in the fact that one of its key players is literally the same journalist using potentially the same anonymous sources, but also in the bipartisan political and media support it enjoys
Related:
* New evidence shows SARS-CoV-2 coronavirus evolved naturally, not from a ‘lab leak’, scientists write in The Lancet, News 18 (India), July 5, 2021 The report said there is no scientifically validated evidence to support the theory that the coronavirus leaked from a laboratory in China
* Science, not speculation, is essential to determine how SARS-CoV-2 reached humans, The Lancet, July 5, 2021
* U.S. media give new respect to ‘lab leak’ theory of coronavirus origins, though evidence is as scant as ever, special report by Joshua Cho, Fairness and Accuracy In Reporting, June 28, 2021

The Syria deception: The public has been hoodwinked yet again into supporting a criminal war of aggression, one that has been effectively lost, special report by Jeremy Kuzmarov, Covert Action Magazine, July 8, 2021

China’s ecology, essay by the editors, Monthly Review, print issue of March 2021
[See other, recent analysis of China’s response to the global warming emergency on the ‘Ecology website page for July 2021. Once on that page, use your website browser’s ‘Edit’ function and search using ‘China’.]

Climate change will drive rise in ‘record-shattering’ heat extremes, by Ayesha Tandon, Carbon Brief (UK), July 26, 2021  A new study published in Nature Climate Change finds that the northern mid-latitudes are particularly vulnerable to record-shattering heat. This is exemplified by the recent heatwave over northwest U.S. and Canada, in which many long-standing temperature records were broken by as much as 5C…

The way out, by Caitlin Johnstone (Australian writer), Consortium News, July 26, 2021  What will it take for society to turn away from the path of extinction and begin working in collaboration with our ecosystem?

How promoting nuclear energy is the opposite of climate action, by Michael Nabert, published on his website page on Medium, July 14, 2021

Canada’s pandemic warning system was understaffed and unready when Covid hit, review finds, CBC News, July 12, 2021  The final report on what went wrong with Canada’s Global Public Health Intelligence Network at the time the coronavirus pandemic was released today. The GPHIN is a multilingual monitoring system that scours the internet for reports of infectious diseases. But its resources and capacities were reduced in the years before 2020… The three-person panel — former national security adviser Margaret Bloodworth and health experts Dr. Paul Gully and Dr. Mylaine Breton — found that while the Public Health Agency of Canada had drafted a strategic surveillance plan in 2016 for detecting pandemics, “the plan never received formal approval.”…

The village of Lytton BC burned and people died. Who should pay?, by Michelle Gamage, The Tyee, July 13, 2021  …According to numbers from the Climate Accountability Network, less than 100 fossil fuel companies are responsible for two-thirds of the greenhouse gas emissions which caused man-made climate change. Three companies — Chevron, Exxon Mobil and Saudi Aramco — make up 10 per cent of those emissions…
Previously reported:
*  BC health and government authorities failed to warn residents of the killer heat wave that arrived on June 24 and lasted six days. By Vaughn Palmer, columnist, Vancouver Sun, July 9, 2021  [As with her understated Covid deaths estimate, the province’s libertarian chief medical officer is waving off concerns about the nearly 600 people who died from the heat wave for lack of warning and protection measures. She proudly claims her government issued a heat warning, but it came on the day the heat wave arrived and was not uniformly broadcast to the province’s residents!].
*  Who is responsible for the deaths caused by the extreme heat wave in BC?, CBC News, July 7, 2021

Canada building a global network of military bases in aggressive shift, by Martin Lukacs, The Breach, June 29, 2021  The Canadian military has spent the past ten years establishing a global network of bases in order to “project combat power” under the influence and leadership of the United States, documents obtained by The Breach reveal. The bases in Kuwait, Senegal and Jamaica have been used as staging grounds for military operations and “counter-terrorism” trainings throughout Africa, the Middle East, and the Caribbean…