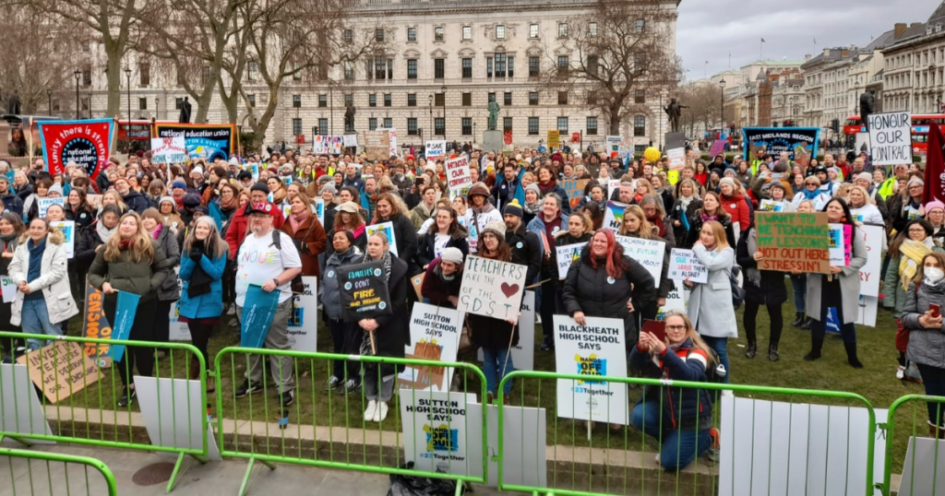 In January, teachers at 23 private schools in the Girls Day School Trust voted massively in favour of strike action, and have been striking intermittently throughout February. Members will decide this week whether to accept a deal or return to the pickets. NEU and rs21 member Luigi Brindisi reports.

The first ever strike by 1800 NEU teachers at 23 schools in the Girls Day School Trust (GDST) has taken place in a battle over the Teachers Pension Scheme (TPS).

A huge ballot return of 84% saw a 95% vote to take strike action after management ignored votes from NEU workplace meetings, and a massive vote in an online indicative ballot, arbitrarily announcing that teachers would be withdrawn from the TPS and that staff who refused to agree to changes in their contracts would be subject to fire and rehire.

NEU advice to support staff was changed on legal advice in the last few days before the strike, but went too far in saying that support staff members should cross the picket line, but only do work they would normally do. Consequently, only a few NEU support staff felt confident enough to not cross.

Six days of action on the 10th, 23rd and 24th of February and the 1st, 2nd and 3rd of March have already taken place, with a rally in Parliament Square on the 23rd addressed by striking teachers and support staff, as well as MPs and former students from the group.

GDST management initially refused to back down on their plans to fire and rehire, and appeared oblivious to the effect the strikes were having. The second week of strikes saw them make new proposals, but throwing pay into the equation without mentioning it to the NEU negotiating team first.

The third week of action saw some members go back to work, but a mass meeting of 800 on Zoom on the Tuesday voted to continue the strike and this bolstered support in many schools. Another mass meeting of over 1000 the next day saw the NEU propose to suspend the strikes if GDST agreed to go to the Advisory, Conciliation and Arbitration Service (ACAS) for talks, supported by 97% of attendees.

These mass meetings have been essential for the dispute, allowing members to make decisions. The NEU is aware that it is difficult to have a full and open discussion on an online meeting of this size, but this use of technology does open up the possibility of open democracy in large and geographically dispersed industrial action.

Management initially prevaricated but agreed to ACAS talks after the 6th day of strike action. Talks have resulted in yet another ‘full and final proposal’ that has seen GDST back down from insisting that existing staff who get promoted or move to another job within the group would have to join the new scheme and the threat of fire and rehire has also been withdrawn. The NEU has also got a commitment from management to honour their promise of pay rises for support staff of 7.5% and 3.5% over the next 2 years. As this was initially a ploy used to try and divide support staff from teachers this is a major gain by the union. The same rise has been offered to teachers who leave the Teachers Pension Scheme, along with a £2000 bribe for doing so before June, TPS teachers would get 3.5% and 2%.

The union has already made significant concessions to give a choice for existing Teachers Pension Scheme members to join the ‘Flexible pension’ option, which may see the TPS eroded over time. There is also the issue of a 2 tier pay system being established for teachers on the different pension schemes

The main sticking point is the GDST’s insistence that new starters will not be allowed to join the Teachers Pension Scheme.

Strike action planned for 15-16 March has been suspended after a vote at a mass Zoom meeting. NEU members are due to hold workplace meetings today (Monday 14 March) to discuss the offer. There will then be a mass meeting on Tuesday to decide whether to accept the offer, not being recommended by the NEU negotiators, or whether to restart the strikes on 17 March. Although it is likely that management can be forced to allow new starters the option of joining the Teachers Pension Scheme, it would take some more sustained action to achieve this. Many teachers are concerned about their exam classes, which is most likely what GDST management were hoping for when they strung out ‘consultation’ throughout the Autumn term. 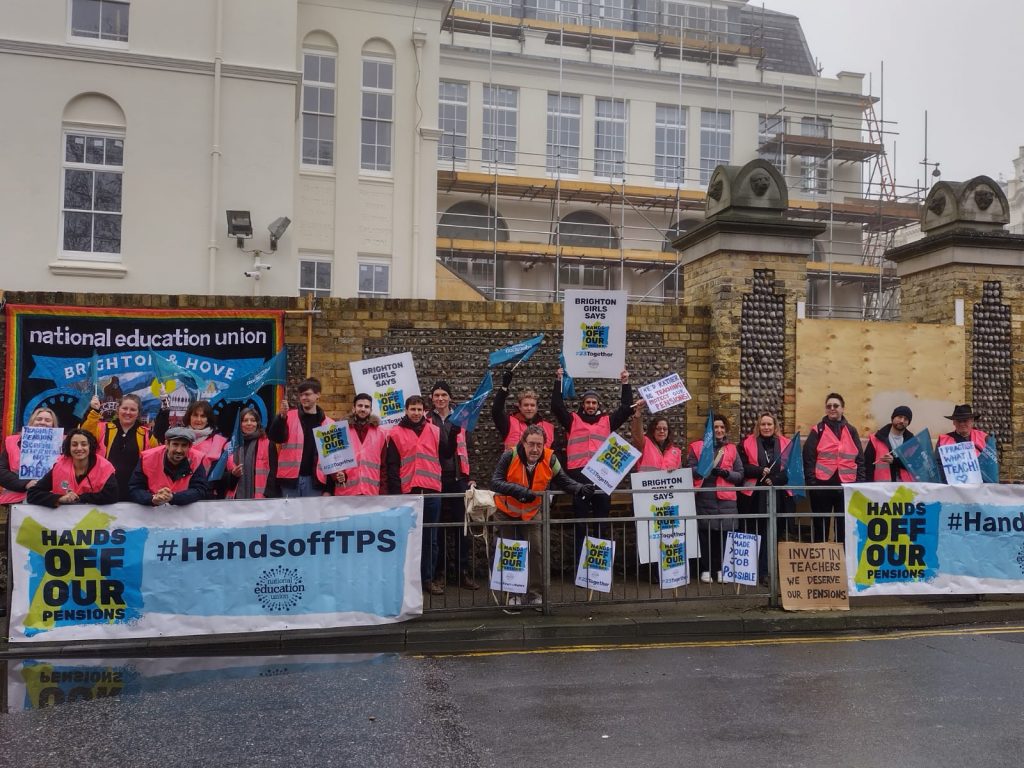 OFL Convention: labour and the working class are at a crossroads

Portuguese Elections: The Left at a Crossroads

Movement at a Crossroads: What Comes Next for BLM?