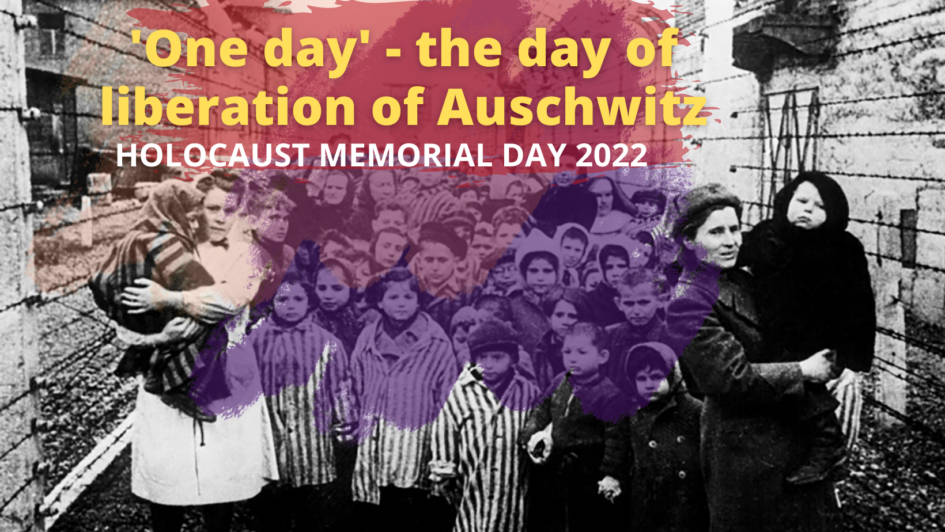 “Today (27 January) marks the anniversary of the liberation of Auschwitz by the Soviet Red Army. The scenes which greeted those soldiers have rightly been described as a page from hell. In fact, Auschwitz turned out to be one of a major network of camps and ghettoes designed to bring about the planned genocide of the Jewish people. That network stretched from Alderney in the Channel Islands to occupied Eastern Europe and as far south as Vichy France and Salonika in Greece. It was a sophisticated industrial organisation of holding and feeder camps joined to death camps by the sinews of a massive rail network.Where the rail network did not reach, mobile Einsatzgruppen death squads made up of Nazis, but often incorporating local collaborators, enacted a “Holocaust of bullets.” 700,000 were killed in this way before the gas chambers were put into operation. The attack on the USSR on 22 June 1941 was a turning point. The Soviets knew they were fighting a war of racial annihilation.Six million Jews died in the Holocaust alongside gay people, Roma and Sinti, trade unionists, Poles, the disabled and Soviet prisoners of war. They had all been dehumanised and treated in a way and on a scale not seen since the previous genocide of the slave trade in African people. Amongst those who died were a significant number of captured British airmen (Sachsenhausen). We should reflect that number killed only came to a halt because of the defeat of the Nazis. Had they not been defeated, they would have gone on to complete their mission. The British victory at Tobruk and El Alemein prevented the nazis from their planned drive to take Palestine. Jews outside the Americas would have faced annihilation.
At the end of the Second World War, the world was clear that mass murder lay at the very core of fascist ideology. But as time has moved on, and as the survivors become fewer, personal testimony and truth have become contested by historical revisionism, holocaust denial and the shameful theory of ‘equivalence’ between the Nazi and other fascist regimes and their collaborators on one side, and the Soviet Union and Communist anti-fascist partisans on the other. This situation has been made much worse by the acceptance of the resolution, ‘On the importance of European remembrance for the future of Europe’ by the EU parliament on 23 August 2019. To their shame, Labour MEPs voted for this legitimisation of fascist revisionism.
It is precisely to contest such distortions that the Communist Party associates itself with the theme of this year’s Holocaust Memorial Day, ‘One Day’. This theme points to the depths of fascist intolerance, bigotry and violence, but calls on all citizens to stand up for what is right. Indeed, ‘One Day’ can make a world of difference. The challenge now and in coming years, is how best to educate and mobilise future generations – who will never have the opportunity to meet a survivor of fascist barbarism – yet need to understand the truth of what happened during the Holocaust, so we can ensure that fascism is never again tolerated. This is all the more difficult because so much ‘revisionism’ and Holocaust denial has moved online where it can lurk in the shadows, and all too often influences those who are unaware of its origins.
Our party is in the forefront of the campaign against the ‘Double Genocide’ movement, warning the labour movement in Britain of the dangers of fascism camouflaged as ‘Freedom from Communism’. We do not want to engage in that struggle alone and seek allies – from amongst all those scholars, teachers, journalists, anti racist and anti fascist activists, who want to see truth in history and for justice to be done.Each Holocaust Memorial Day, we remember and rededicate ourselves to the struggle against fascist barbarism, in the knowledge that we must never lower our vigilance against anti -semitism and all other forms of racism.”

Still Searching For That Soviet ‘Holocaust’