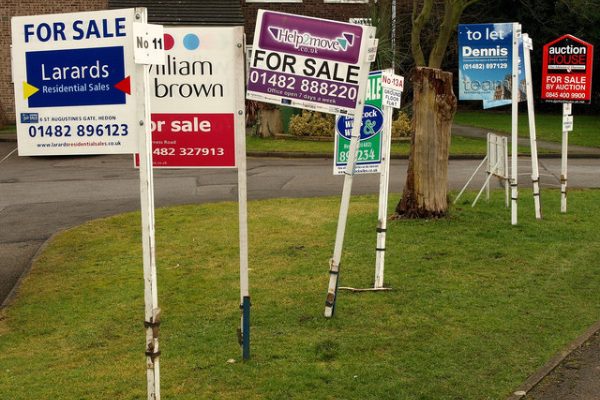 House prices in Britain are rising faster than they have in 17 years. The immediate reason is people rushing to beat a tax holiday deadline in England.

The longer-term reason is the dire lack of council house building and developers’ concentration on profits.

The price boom means houses are now even more unaffordable for many people. According to figures from the Office for National Statistics, the increase in house prices over the last year is almost equivalent to the average weekly earnings of a full-time worker.

And even as the stamp duty holiday deadline was reached, house prices continued to rise at a double-digit rate.

The rush to beat it pushed the rate of inflation to 13.2 percent in June—while in June 2020 house price inflation was at just 2 percent. Average house prices across Britain increased by £31,000 over the last year alone to £266,000.

The sharp rise in inflation is a result of Tory chancellor Rishi Sunak halting stamp duty on properties worth less than £500,000.

Stamp duty is a tax put on properties when purchased.

In July the threshold dropped to £250,000, which saw house price inflation increase from 9.8 percent in May to over 13 percent by the next month.

Data from mortgage provider Nationwide shows that the pace of house price growth relaxed on 1 July, as the first deadline for the stamp duty holiday passed.

Now the Tories plan to return the tax to its pre-crisis threshold of £125,000 by 1 October, which is seeing another rise in house prices.

This is the same date that support for people through the furlough scheme and the £20 Universal Credit uplift is due to be removed.

Throughout the pandemic people who could afford to looked for bigger houses with more room to isolate in, or properties in more rural spaces.

More people working from home and closing entertainment and hospitality industries also saw a bigger demand for houses outside of big cities.

Data from HM Land Registry showed the rise in June was caused by a 16 percent annual growth for detached houses. Prices of flats or maisonettes increased at half that rate.

Houses in the north west saw the biggest rise—up by 18.6 percent. Whereas London saw the smallest increase at 6.3 percent.

Who is benefiting from the rise in house prices? Top companies and rich bosses are raking in the cash.

FTSE 100 company and housebuilder Persimmon reported a 64 percent rise in profits for the first half of the year.

Its profits for the first half of 2021 increased to £480 million, up from £292 million over the same period last year.

And its sales will remain above pre-crisis levels. Persimmon said it would keep making money for investors, even as government subsidies for the housing market are removed.

Meanwhile, as the Tories plan to end support for ordinary people, hundreds of thousands will be plunged into poverty and homelessness.

An eviction crisis could see an estimated 686,000 furloughed workers privately renting and another 445,000 in rental arrears at risk of losing their homes.

The pandemic ban on evictions was lifted on 31 May and the amount of notice required to evict tenants in rental arrears reduced to four months. But since 1 August this has been made even worse Landlords now need to give just two months’ notice for evictions, which is reduced to four weeks if tenants owe more than four months’ rent.

A housing crisis for some while others scramble to purchase as prices soar shows how access to housing is determined not by need, but by class.