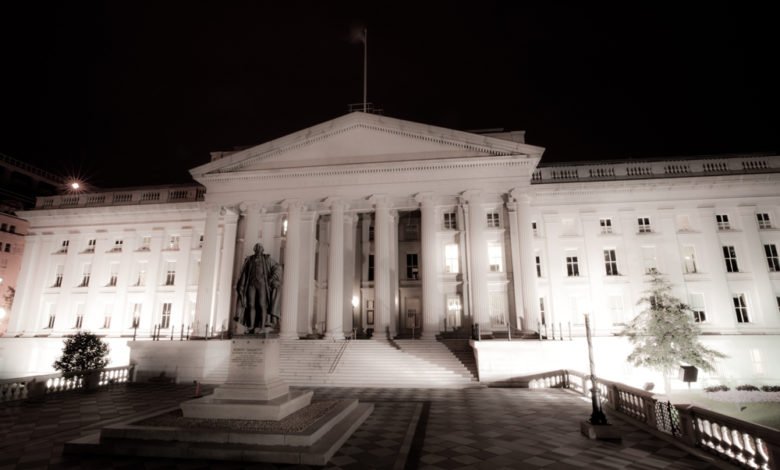 With passage of the physical infrastructure bill and social program budget deferred as a result of the intransigence of right wing Democrats, and with a government shutdown averted until December, Congress’ attention is increasingly turning to the “debt ceiling”. This refers to when the federal government reaches the legal maximum of money it is allowed to borrow and needs to ask Congress for an increase.

Treasury Secretary Janet Yellen warned that the country is now just weeks away from hitting the debt ceiling. Yellen predicts that the U.S. government will run out of money on October 18th, although different factors could cause the borrowing limit to be reached several days before or after this projected date. Unless Congress acts to raise the debt ceiling before the money runs out, the U.S. will be forced to default on its loans for the first time ever — which could trigger major economic problems that could spiral into a generalized crisis.

Working class people will be the ones facing the brunt of the consequences. 6 million jobs could be lost nationwide. Severe payment delays may impact nearly 50 million seniors receiving Social Security checks, along with 30 million families that rely on child tax credits every month to get by. An additional 42 million people could go hungry while food stamp payments are delayed.

The concept of the “debt ceiling” in America was established in 1917 as a way for the federal government to control spending by setting an ultimate limit. Since then, it has become a nearly annual tradition for the Treasury Department to approach Congress as the debt ceiling draws closer to ask for an increase. Over a century has passed since the conception of the debt ceiling and not once has it failed to be raised.

However, in recent years — especially since the 2010 “tea party” phenomenon that saw particularly hardline anti-worker Republicans swept into office — far right lawmakers have frequently sought to manipulate this process to gut spending on social programs. It is a nefarious attempt to trick the people into believing that their best option is to accept drastic cuts to programs they depend on to avoid a worse fate.

The threat of a debt default gives the right wing in Congress leverage to demand austerity measures in order to avoid a severe blow to the economy. Every single year, the ceiling ends up being raised, because ignoring it could be a death sentence for many capitalist enterprises. A default would mean the United States’ financial status declines globally, borrowing becomes more expensive, and stockholders suffer significant losses, among other things — all consequences that the bulk of the ruling class do not want to risk. The debt ceiling functions as an annual game for negotiators in Congress while threatening the survival of the poor.

The debt ceiling always puts the working class between a rock and a hard place. Democratic Party politicians should not give in to the right wing’s threats. They cannot foolishly allow tea party Republicans to blackmail them into reducing the meager funds currently going towards social programs, especially during an ongoing global health crisis.