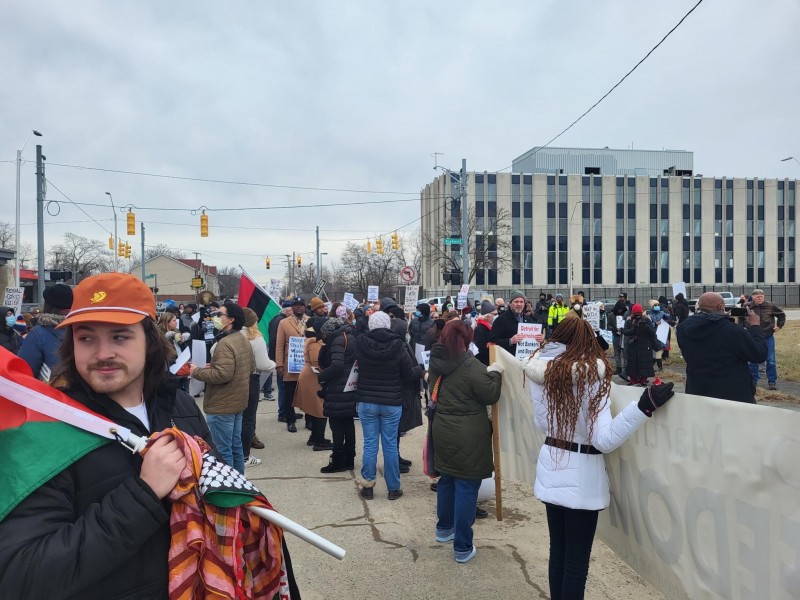 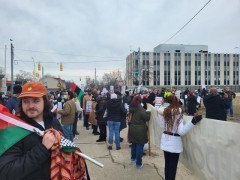 Detroit has a long legacy of struggle based around Martin Luther King Jr. Sixty years ago on June 23, 1963, it was the site of the Detroit Walk to Freedom, which was the largest civil rights demonstration to ever take place in U.S. history, with attendance ranging from 125,000 to 500,000 with the keynote speaker being delivered by Martin Luther King Jr, who gave an early version of his “I have a Dream” speech.

After a speakout, there was a short march down Woodward Avenue to a new Black food cooperative down the street which is in the process of being built.

Chants during the march declared that housing, water, jobs, education, right to counsel are human rights (“Fight, fight fight!”) and to free Palestine.

In New Orleans hundreds unite to march against anti-LGBTQ+ legislation