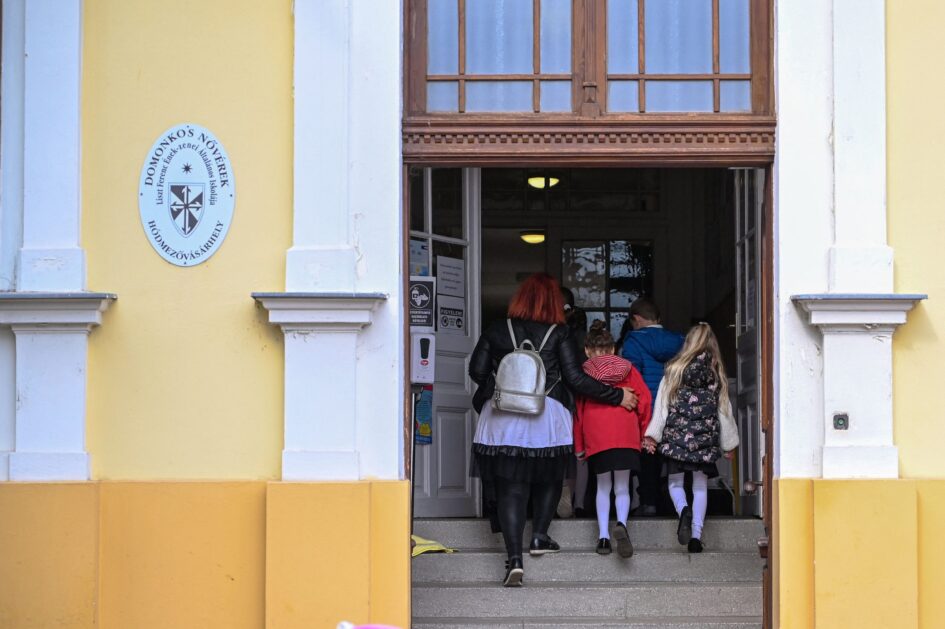 Since postponing their strike plans due to the COVID-19 pandemic, teachers’ working conditions in Hungary have only worsened. Now, Hungary’s two main trade unions will coordinate action to take on the Orban government on wages, staff shortages, and high workloads.

Zsuzsa Szabó, president of the Teachers’ Trade Union (PSZ), stated at the event that they have been ringing alarm bells in vain since 2018 over wage tensions and staff shortages. She recalled that strike talks were initiated in March 2020, just before Hungary was hit by the first wave of the COVID-19 pandemic. Considering that the protection of life and health is more important, the strike committee suspended negotiations.

With the government still refusing to address the problems identified by their union, Szabó considers it is time to reformulate their demands, and this time in collaboration with the other major trade union in the country. The PSZ president said there were currently 12,000 people missing from the teaching system, without counting those who had to or have to be replaced because of the pandemic. She stressed that in such an overworked state, teachers could not provide the education that children are entitled to receive.

PSZ therefore decided to merge its strike committee with the PDSZ as they considered the issue of such high importance. Coordinated action is “necessary to get a result from the government.”

Erzsébet Nagy, member of the national executive committee of PDSZ, added that coordinated action was also important because teachers’ salaries were still calculated on the basis of the 2014 minimum wage (HUF 101,500 = EUR 283 / USD 326). Moreover, in 2015 the guarantee that teachers’ salaries would retain their real value had been abolished.

According to the calculations of PSZ, in terms of the 2021 minimum wage (HUF 167,400 = EUR 465 / USD 536), the government took away an average of 17 months’ salary from each teacher between 2015 and October 2021. For the start of the school year, PDSZ conducted a survey among public education workers on livelihood and financial security. Replies from the 2525 participants revealed that a sizable proportion of teachers experienced some form of financial hardship, and that teachers were generally dissatisfied with their pay.

Nagy recalled that there were vague promises of a possible wage increase, but no specific decisions have been made–and that is why it is important to reformulate their demands to the government. Katalin Novák–minister without portfolio for family affairs–recently said that she considered it unrealistic to link the calculation basis for salaries to the minimum wage, although she also considered a wage increase necessary. Gergely Gulyás–minister of the Prime Minister’s Office–hinted at a small pay raise for teachers at the government briefing on Sept. 29, but did not provide any specific details.

Nagy also stressed the importance of the establishment of a joint strike committee, as the government is legally obliged to enter into negotiations with trade unions.

Szabó and Nagy presented a joint four-point list of demand formulated by the PSZ and PDSZ:

Nagy and Szabó communicated their demands to Prime Minister Viktor Orbán in writing after the press conference. In response to a question, they highlighted that the government was legally bound to appoint strike negotiating partners within five days. Szabó also mentioned that a letter had been sent to the parliamentary parties asking them to make an offer for education workers.

When asked what they will do if a pay raise for teachers is not tied to the minimum wage, Nagy replied that it depended on the offer, but they would insist on guaranteeing some kind of promotion for teachers in the future.

Szabó added: that they were aiming to ensure a built-in system so they did not have to demand an increase every year. Tamás Totyik, vice-president of PSZ, stressed that their aim was to prevent teachers from earning less than the minimum wage or guaranteed minimum wage under any government.

The press conference was broadcast live by Mérce. It remains available on Mérce’s Facebook page.