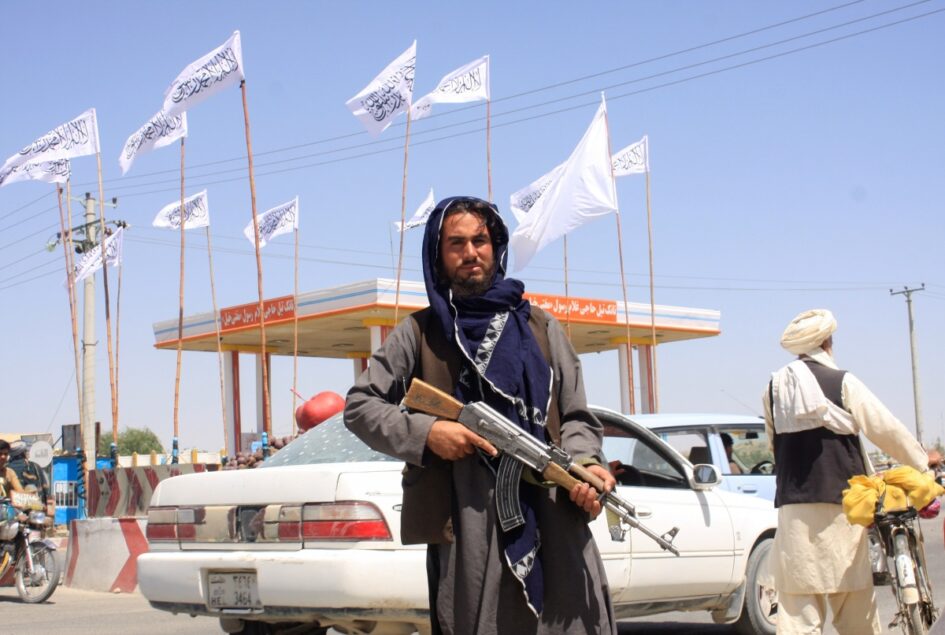 WHAT IS  HAPPENING  IN AFGHANISTAN PROVES ONCE  AGAIN THAT THE IMPERIALISTS CANNOT BE TRUSTED!

Dramatic events are taking place in Afghanistan for the workers and people.

The Taliban have militarily occupied the country, including Kabul, its capital. The puppet government supported by the US and the imperialist countries of Western Europe fled quickly and shamefully. In reality, it was the North Americans themselves who withdrew their troops and gave the green light to the advance of the Taliban.

All Afghan government officials and all people and forces who have had a relationship with the imperialists are fearing for their lives and fleeing in terror.

All those who are not supporters of Sharia law, and especially women, are helpless in the face of Taliban violence.

The mass emigration from Afghanistan, which began a month ago following the announcement of the withdrawal of the U.S. imperialists, has reached a high peak with the tragic scenes seen when the Taliban entered Kabul. People are doing their best to escape their own country. The Kabul airport is overflowing with people. There have been deaths of people who have fallen from the undercarriage of planes, which they grabbed onto in order to escape the country. Cars heading to Iran and Tajikistan have caused pile-ups on the highways.

The reason for all this misfortune is the simultaneous dissolution of the collaborator regime, when the withdrawal of U.S. imperialism paved the way for the Taliban to seize power while the people were disorganized and defenseless. The mass migration that has been directed towards Turkey via Iran for some time now will begin to slow down when the Taliban begin to control the borders, but the drama in Afghanistan will not stop.

The United States is on its way out, abandoning large sections of its collaborators who fear for their lives.

This is not the first time that the imperialists have done this. U.S. imperialism also abandoned its collaborators in Vietnam after the victory of the national liberation forces.  They do not concern themselves with what they leave behind or with the hardships to which the peoples have been forced; the only thing they are interested in is plundering the wealth of the peoples and supremacy in the struggle against their rivals for hegemony.

It has been shown once again that the imperialists cannot be trusted. It was just yesterday that they armed and organized the Taliban. Once the latter declared that they “have interests of their own” and acted against the United States, imperialism began the fight against them. Once again, they came to an agreement and abandoned it.

Neither the USA, or any imperialist power, considers the good of any country in which it intervenes directly or through its ‘collaborators’; they do not seek to defend democracy, but to impose their power to oppress the peoples and plunder their natural resources. In the exercise of their interventionist policy, they act alongside the most reactionary cliques, the powerful local economic groups, the kings and warlords.

Following the departure of the USA and its European imperialist allies from Afghan territory, other imperialist and capitalist powers, such as Russia, China, Turkey, Iran, are talking about establishing good diplomatic and political relations with the Taliban regime, in a clear demonstration of occupying the abandoned space and strengthening their positions in world geopolitics.

The Afghan people are facing an ultra-reactionary confessional government; the fight for the rights of the workers, women and children is a fundamental demand; despite the fact that the Taliban say they will respect the rights of the population, particularly women, facts have already shown otherwise. The struggle of this people to achieve social and national emancipation today has bread, freedom and democracy as important banners of struggle.

The ICMLPO calls on the workers and peoples of the world to denounce the complicity of the imperialist powers with the tragic events taking place today in Afghanistan, and to raise solidarity with that people.

‹ Justice for Heaven and Ava: Baby Dies in Gainesville After Police Refuse to Help Mother in Labor
APL: Afghanistan and the Task of Working Class Activists in the United States ›