If COP Wants to Save the Planet, It Has to Challenge Capitalism 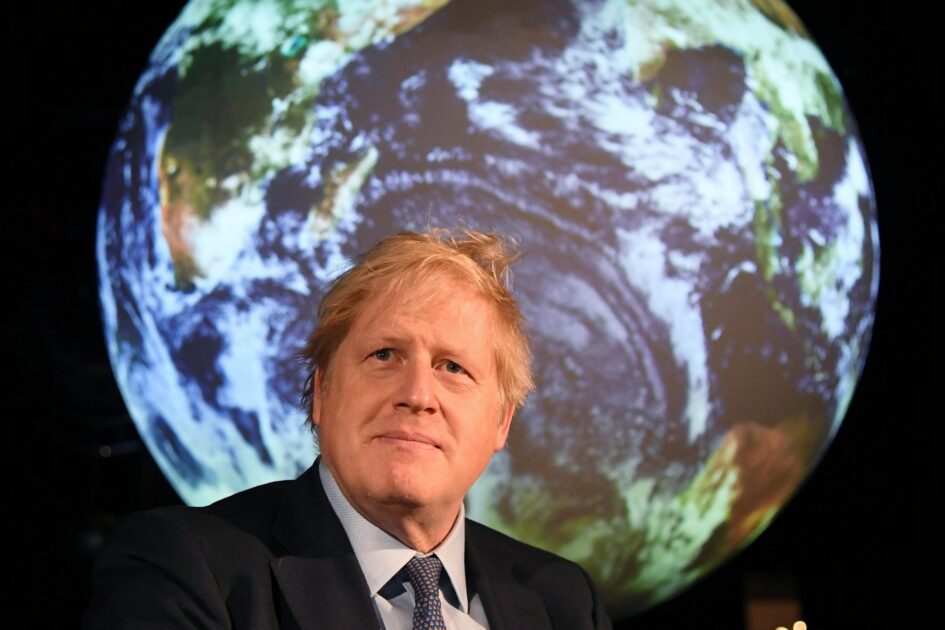 I am often struck by the popularity of cli-fi (climate fiction), a booming literary genre of contrasting visions of the impact of climate change on humanity. As a consciousness-raising device, these stories have some utility, but what about the reality of the crisis we face? Alongside these sometimes terrifying scenarios, I want to envision one that wouldn’t require us to look particularly far into the future, but instead to COP26 in Glasgow, kicking off, in timely fashion, on Halloween.

The most implausible plot that I can imagine is one in which world leaders from Brasilia to Beijing and Washington to Wellington come together in good faith and commit to concrete, radical solutions to tackle the climate crisis and build a more equitable, zero-carbon world in their wake. What would COP26 look like if world leaders were resolutely committed to a transformative Green New Deal?

To begin with, we must remind ourselves that the logistics behind the conference itself present a nightmare scenario for many delegates from the Global South. Take the example of many African delegates, unprotected against Covid due to vaccine apartheid, yet required to travel in person to the UK, the world’s worst hotspot for infections. The voices of those on the frontline of climate breakdown are being silenced by the chauvinism of the worst polluters who insist that COP26 ploughs ahead, rather than another delay (as requested by many delegates). One third of Pacific nations aren’t even able to send a single delegate, despite their high risk of disappearing entirely due to flooding exacerbated by climate change.

The UK government has pledged to vaccinate and accommodate a small number of delegates from the Global South, but has ruled out a ‘blank check’, setting an alarming tone for the rest of COP26: if the organisers aren’t willing to address the inequality of access to vaccinations and access to the conference itself, how can they be trusted to seriously reckon with the inevitably high cost of a global green transition? A COP26 committed to equality and climate justice would, as a bare minimum, ensure that every delegate was able to attend in person, and then put an end to vaccine apartheid, with Northern countries urgently delivering billions of vaccines to the South.

COP26 could be an unprecedented debt jubilee, too, with unconditional debt cancellation and the end of structural adjustment programmes which imposed neoliberal reforms and austerity on Southern nations. This would allow those countries to properly invest in their public services and in climate adaptation without spiralling into further debt. To offer truly reparative justice, land, utilities, industry, and resources must be returned to public ownership and managed as a common good for the benefit of all, not the profit of a few.

Our dream COP26 would also serve as a platform for agreement towards multilateral demilitarisation and a recognition that our future peace and prosperity is tied to the fight against climate change, or else we face devastating wars for scarce resources in the future. Imperialist militaries leave an enormous carbon footprint, with the US military producing more emissions than 140 nations put together.

A radical COP26 would commit to disarmament and détente, and guarantee political and economic sovereignty for nations as integral to climate justice. That means no resource-grabbing coups or liberal military interventions, and an end to illegal occupations and embargos, like those endured by Palestine, West Papua, Yemen, and Cuba, claiming thousands of lives each year and hampering decarbonisation efforts.

A radical COP26 would come to the realisation that the fossil fuel industry is incompatible with decarbonisation efforts and must be dismantled. In practice, that means unshackling governments from the industry by immediately cancelling fossil fuel company subsidies and financing, and coming to a mutual agreement to end all new fossil fuel exploration as well as abolishing unfair carbon markets that allow wealthier countries to pay poorer ones to make emission reductions on their behalf.

If the international community were able to come together to agree to non-proliferation of nuclear weapons at the height of the Cold War (albeit with some skullduggery and several states dodging the treaty entirely), we need a similar consensus on the non-proliferation of fossil fuel extraction. Another nail in the coffin for fossil capital will come when world leaders (especially Northern polluters) commit to collectively set up democratic tax-funded public insurance systems to cover climate devastation as a basic right, untethering it from the profit motive.

After committing to phase out fossil fuels, what next? The world needs enormous levels of investment in existing renewable energy technologies today, as well as investment in future tech for later down the line. What that can’t mean is green tech contributing to new systems of extraction that reproduce the worst harms of the fossil fuel industry. Instead, let’s see support for locally-owned, community-generated renewable energy projects, especially in the South, to ensure their autonomy over their own energy.

A radical COP would also set up a commission to support those in polluting industries during a worker-led just transition to ensure that they don’t suffer from Eco-Thatcherite managed decline. Imagine an international green jobs guarantee ensuring that everyone has the opportunity to access well-paid, non-polluting work in an industry of their choice.

A radical COP would recognise that the vampiric neoliberal status quo must end, that private profit-chasers and free markets won’t take the necessary steps and that only activist state planning can decarbonise rapidly. To reckon with the staggering inequalities that have become further entrenched during the Covid crisis, countries could agree to a windfall tax on the super-rich to redistribute the wealth they hold hostage.

In tandem, the power of corporations should be tempered by pledges to delist and impose sanctions on companies which break climate agreements. Our fantasy COP could draft progressive public procurement frameworks which target spending towards low-carbon suppliers and work to divest polluters from global supply chain networks.

Any transformative global Green New Deal would have to centre the creation of green jobs and announce an end to exploitative employment practices, so for our radical COP that means concrete commitments to allow trade unions to direct any just transition and commit to repeal all anti-union legislation. Public ownership should be rapidly expanded across economies, with the decommodification of housing, energy, transport, health, and social care as vital in the shift to a more caring, green political economy. States should agree to finance the expansion and electrification of domestic and international rail travel to reduce our reliance on aviation and connect communities previously reliant on polluting cars.

Leaders should also commit to breaking up large-scale industrial farming and to support a global transition to sustainable agroecology and rewilding, the redistribution of large landholdings, an end to deforestation, and the guaranteed right to food for all. We produce more than enough to feed the entire planet, but ours is a broken system where Southern countries have to export their food to richer countries, while their own populations starve, yet countries in the North waste billions of tonnes of edible food each year. Food sovereignty will massively reduce the carbon footprint of each plateful of food and will democratise and localise what is currently a globalised system held hostage by corporate profit.

Human rights must be enshrined as central to decarbonisation efforts. From our radical COP leaders, that means free movement for all and the creation of an international definition for climate refugees, granting them the right to settle where they desire. World leaders could demonstrate their unconditional support for social justice as the end goal of climate justice, protecting LGBTQ+ rights and committing to end gendered and racialised oppression at home and in the workplace. Building robust publicly-owned care services and good wages for all care work (often carried out unpaid by millions of women) would revolutionise unequal power dynamics and elevate the status of caring labour.

To finally consign colonialism to history, too, our COP could grant full sovereignty to indigenous peoples over their own territory, granting them their land back and giving them autonomy to steward their environment, utilise their own resources and develop as they see fit. As a form of reparation, we could see massive unconditional investment from the North to the South in adaptive measures including flood defences and international and domestic fire and rescue services.

If that’s the outline of our fantasy radical COP, the reality will likely be a site of rhetorical flourishes and impassioned calls for a Green New Deal from delegates and leaders of the world’s worst polluters and their corporate sponsors. Unfortunately it’s almost certain that those same people will be unwilling to address capitalism as the root cause of the crisis.

Those in power are not committed to the underlying radicalism necessary to tackle the climate crisis: that much is abundantly clear. In order to steer a course away from the deadly trajectory plotted by late-stage capitalism, transformative climate policies must form the headline demand of progressive and socialist movements around the world, acting in solidarity and sharing knowledge with each other. You can never trust a COP to act in your interests, so we on the left have to continue the struggle from the grassroots upwards for climate justice, fighting for a zero-carbon future and a transformed relationship to the natural world. This isn’t only a moral imperative but an instrumental necessity for global decarbonisation and avoiding catastrophe for all of us.

COP26: can capitalism save the planet?

The challenge of saving our planet

How to save the planet

Capitalism vs. the Planet