If Zelensky Called Taiwan’s Prez Tsai after Her Electoral Rout … 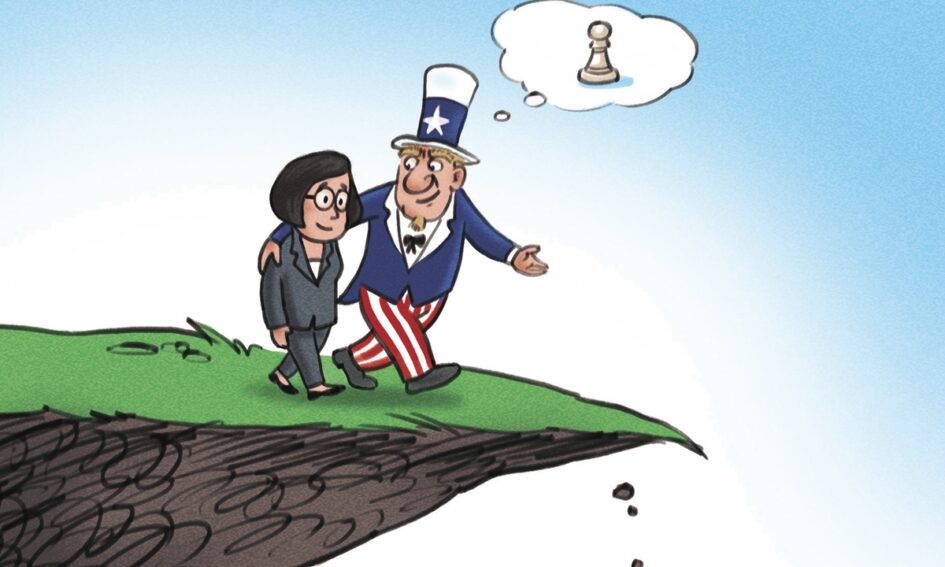 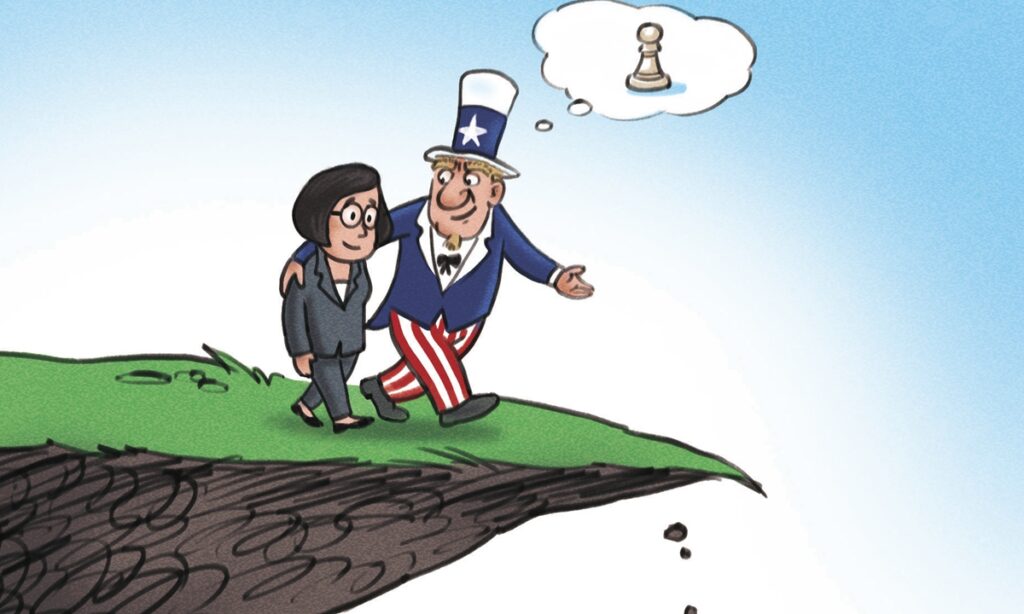 In recent local elections in Taiwan, the Party of President Tsai Ing-wen, the US-allied, pro-secessionist candidate lost badly. We have obtained a recording of a phone conversation that she received from Ukraine’s Volodymor Zelensky in the wake of that defeat.

Volodymor Zelensky: Tsai, how are you doing? We have not spoken in months. Sorry for the delay in answering your call earlier. We were in another photoshoot for Vogue.

Zelensky: Get hold of yourself, Tsai. Why are you crying? Last time we spoke, I was the one crying over NATO’s refusal to admit us, a refusal that stands and leaves us holding the bag.

Tsai (Sobs more): On November 26, we had island-wide local elections for mayors and county officials. My Party, the Democratic Peoples Party, DPP, the heart of the US-backed secessionist movement lost in a landslide. The Mainland friendly KMT (Kuomintang) won overwhelmingly. It was a catastrophe – both for me and the DPP.

Zelensky: Tsai, don’t be so upset. How bad was it?

Tsai: Volodya, It was a blood bath. There are 6 key municipalities; we lost 4, including two key ones, Taipei, the capital, and Taoyuan, both in the populous north.

Of the total of 21 county and municipal jurisdictions, we won only 5!

Zelensky: I’m astonished to hear that. I knew nothing about it. I keep up with the American press, even slog through the tedious NYT every day.

Tsai: (Cheers up a bit, with a smile in her voice). Well the Western media coverage, or should I say non-coverage, is a bright spot. You know: If a tree falls in the forest and no one hears, etc. I don’t know how the Western governments control the info so well.

The Western press gave this debacle a brief, one day, back page story – a relief for me. Most outlets said nothing of it. I saw not a word of it in the print edition of the NYT which I also trudge through daily. Quite amazing since we have become the front line of the US effort to bring down China.

Zelensky: Yes, we proxies for the US get great coverage – never the bad, only the good.

I can almost dictate the stories to the Western media on Ukraine.

But look Tsai, those were only local elections with local issues.

Don’t consider it a referendum on your noble efforts at secession. It seems to me that these are entirely different matters.

Tsai: Not exactly, Volodya. I campaigned for the Party’s candidates on the basis of my secessionist policy. I turned the elections into a referendum on my Party’s policy!

Let me read you this assessment quoted by the South China Morning Post:

Wang Kung-yi, head of the Taiwan International Strategic Study Society, a Taipei-based think tank, said the results indicated voters were punishing the Tsai administration. “The election campaign turned into a patriotism race in the latter stages after Tsai defined the polls as a way of standing up to Beijing and safeguarding Taiwan.”

Zelensky: Tsai! Why did you do that? I thought that the overwhelming majority in Taiwan wanted to maintain the status quo, the One China Principle,” Strategic Ambiguity,” as the American pundits call it. That has long been the case.

Tsai: Well, Volodya, my approach is to poke the Panda every chance I get. It keeps the dollars and weapons flowing in.

But you have a point. In fact, as of last June the number favoring the status quo stood at a staggering 82.1%, a sentiment which has been much the same for decades. And you will be interested to know that the number was unchanged from last November before the war in Ukraine. So the coverage of the war in Ukraine has certainly not made Taiwanese eager to be Ukraine 2.0.

In addition, my Party, the DPP, had also been discussing the idea of increasing mandatory military service. Needless to say, that is not a popular idea among young voters on whom my Party is relying. But there is always a push by the neocon Americans in charge to do such things. Of course, I want to push more militarization – as I see it, you can never get enough. I thought, however, this was not the most opportune time for that approach. But it is difficult to disagree with the CIA operatives. You know, the Americans make you an offer you cannot refuse.

Zelensky: I sure do. I got one of those offers after I ran as a peace candidate and was told to change course. And I got another such “offer” from Boris Johnson last April in Istanbul when we nearly came to an agreement with Russia. He was a messenger boy for the US. It was not the course that we were choosing but one that was imposed upon us.

That sabotage of negotiations has cost us dearly – in tens of thousands of soldiers lost. I cannot give you the numbers – breach of secrets. But I can say that European Commission President Von der Leyen put it at 100,000 in a recent speech that was quickly altered on the web to omit that segment. 100,000, Tsai!

That is stirring up discontent; makes it harder to march troops into the artillery barrages. Not good for my career. And if your citizens see that, I suspect that they will have considerably less appetite for a role as US proxy. I am not surprised that the video was scrubbed in the blink of an eye. It is not a good message to be sending out to future proxies.

Tsai: I wish you had not mentioned Boris Johnson. After I led my Party to those huge losses, I had to resign the Party leadership. It was that bad. I was completely humiliated. I remain President but now I am without real power – just like Boris was for weeks before his final ouster. And I can’t run again in 2024; I am term limited out. I am now useless to the US – and that is very scary. I know very well what happened to President Diem of Vietnam when the Americans came to see him as a liability. (Her voice quakes noticeably with fear.)

Zelensky: Well, to paraphrase Kissinger, to be an ally of the US can be dangerous – as the Europeans have learned. To be a proxy can be fatal. But the celebrity status and money are great! Another kind of offer that is hard to refuse. The largesse of the US MIC knows few bounds. I don’t know how they get the taxpayers to swallow it.

And I salute you on your noble efforts at secession. Of course, that does not apply to the secessions of Donetsk and Luhansk. Entirely different matters.

I must go, Tsai. My CIA “advisor” has summoned me. And I have to look at brochures for some properties in Monaco.

Tsai: Good-bye, Volodya. I must visit more people to make apologies for the debacle. And I should really be looking into those cushy sinecures at Harvard and Stanford. That will get me out of here before the false flag op to be pinned on Beijing. Maybe I can also do some photoshoots then.

Note to the cult of the literal minded. The above is satire.

John V. Walsh, @JohnWal97469920, until recently a Professor of Physiology and Neuroscience at the University of Massachusetts Chan Medical School, has written on issues of peace and health care for several independent media. Read other articles by John V..

No to Zelensky: Why the KKE will not attend Zelensky’s address to Greek Parliament

Saigon all over again: US pull-out from Afghanistan turns into a rout

Why Taiwan could Trigger A War with China

WWII Redux: The Endpoint of U.S. Policy from Ukraine to Taiwan

US to Use Ukraine as Stepping Stone toward Taiwan Provocation