In Peru the fight against Dina Boluarte continues 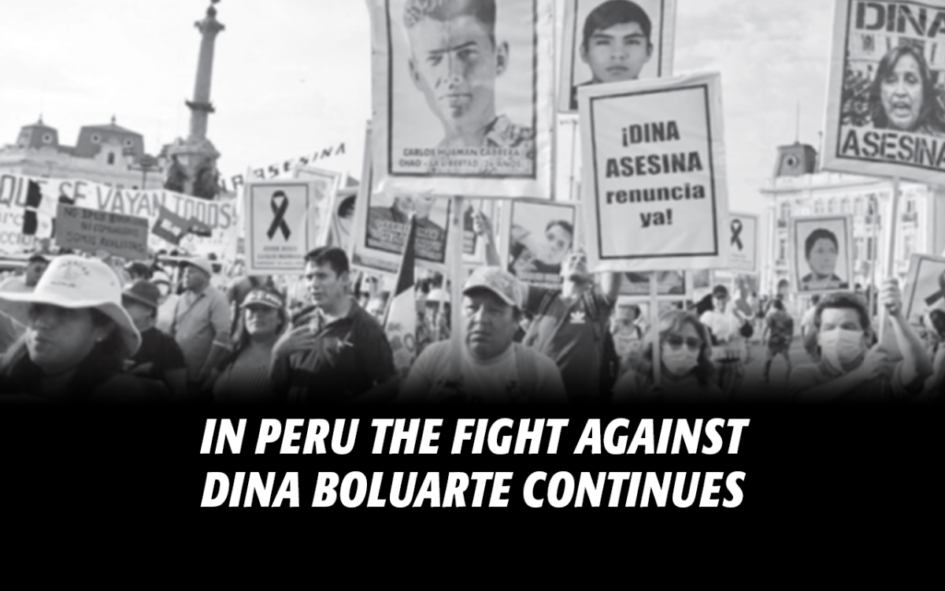 By the Communist Party of Ecuador – ML.

The protests of the Peruvian people against the dictatorial government of Dina Boluarte have been going on for more than a month and, in recent days, have taken on higher, more combative and generalized forms. Road blocks and important demonstrations in several regions of the country have been the order of the day, highlighting those that have occurred in Puno, Arequipa, Junín, Cusco and Apurímac.

The unanimous cry of the people raised in protest is to demand the resignation of Boluarte, the closure of Congress, the immediate call for elections and the freedom of Pedro Castillo. If these demands are not met, the protests will continue in a combative manner. For their part, representatives of the government have not been able to hide a series of highly repressive measures, which seek to maneuver the circumstances and control the crisis created by the ruling classes of the neighboring country.

The police have tried to unblock the roads taken over by the thousands of demonstrators who have used stones and the burning of tires; this has been responded to in a cowardly way with abundant tear gas and, most seriously, the use of firearms by the police and military. These have already left more than 50 dead and hundreds injured and detained. The “protectors,” who have taken over public buildings and airports and carried out brutal repression against the people, have not been able to stop the protestors. They have not been intimidated and, on the contrary, their demonstrations have become more forceful, despite the warnings of the Boluarte government. It maintains the state of emergency, as the main mechanism to control the social discontent that has been seen again in the streets and plazas of the country. Everything indicates that the struggle in Peru will not decline until the demands have been met.

The exhortations of President Boluarte have been in vain. She accuses the people of “retreat, pain, economic losses,” thereby trying to hide the fact that the crisis in Peru has been caused by the anti-popular governments that are subservient to the interests of imperialism and the Peruvian ruling classes. The crisis has greatly worsened with the illegal dismissal of President Pedro Castillo through a coup d’état, supported and engineered by US imperialism.

The decision of the people is to continue with the protests despite the violent repression and the political maneuvers that have been developed by the authorities to stop them. “They must all go,” the resignation of Boluarte, the closure of Parliament, the holding of a constituent process to change the 1993 Constitution, and the call for immediate new elections are the banners that are held high.

The Peruvian Prosecutor’s Office has been forced to initiate a process of investigation into Boluarte for the crimes that have been committed against the people. However, the people do not trust that the process will be fully carried out; it may well be part of the maneuvers that try to reduce the intensity of the struggles. Boluarte, for her part, cynically calls for peace and accuses those who protest of violence.

‹ Brazil: People take to the streets against fascist vandalism