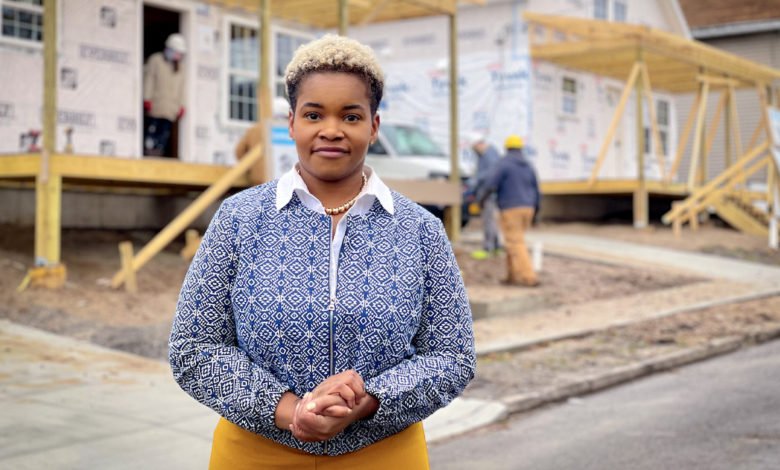 India Walton, a proud socialist, shocked the political establishment when she won the Democratic primary for mayor of Buffalo in June over 4-term Mayor Byron Brown. Her campaign for mayor generated much enthusiasm among Buffalo’s workers, but the ruling ruling elite were horrified.  Suddenly they were faced with a candidate who boldly stated that “its time for us to stop waiting for someone to save us, and do it for ourselves.”

In overwhelmingly Democratic Buffalo, the winner of the primary is usually a shoe-in to be elected.  But before the ink was dry on the primary results both Republican and Democratic big-wigs began colluding to find a way to stop Walton’s election, often going to great lengths.

The most recent and most bizarre attack on Walton occurred on Oct. 18. In an interview with Spectrum News, New York State Democratic Party Chair Jay Jacobs attempted to justify his refusal to endorse Walton by comparing her to notorious racist, neo-Nazi and anti-Semite, and long-time KKK leader David Duke. He was forced to apologize amid a flood of criticism, including from many elected Democrats, and demands that he resign.

Business class attempts to get around election

Corporate attempts to turn back Walton’s win started right away, with a petition to change the legal date for a mayoral candidate to file to be on the ballot. This was an attempt to enable Mayor Brown, already rejected by Democrats, to run for mayor under a  newly  formed “Buffalo Party.” At least a third petition’s of the signatures were conservative Republicans.    But this attempt to openly circumvent election law was rejected by the Erie County Board of Elections.

Both Walton and Brown are African American. Walton, is an insurgent representing the working class in Buffalo. Brown answers to a different class,  as he is solidly in the pay of the city’s real estate moguls.

At the urging of right-wing real estate mogul Carl Paladino, Mayor Brown began a write-in campaign, soliciting contributions from conservative Republicans.  An enthusiastic Trump supporter, Paladino was the losing Republican candidate for New York governor in 2010 and was fired from the Buffalo School Board for making openly racist comments about the Obamas.   He has organized meetings of “business leaders” to support the write-in effort for the mayor.

Brown launched his write-in campaign at property owned by Douglas Jemel, a multimillion dollar real estate developer who was among those pardoned by President Donald Trump, absolving him of a 2006 conviction for wire fraud.

Mayor Brown has since received at least $194,000 in “official” contributions from Republicans. Contributors include Sinatra & Co. Real Estate, Buffalo’s largest private apartment owner, which manages and owns 5,300 units and nearly one million commercial square feet, with holdings worth at least $550 million.  This company has a track record of acquiring “distressed or under-performing properties and repositioning them for stable performance.”   This is real estate jargon for gentrification. Mayor Brown appeared in a public relations video for Sinatra & Co. even after the company was exposed for receiving $1.5 million in public subsidies and other tax breaks.

This is just the tip of a very large iceberg of the close relationship between Mayor Brown and the corrupt elite of Western New York.

Attempts to undermine Walton don’t end there. Weeks after the primary, the nine-member, Democratic-led Buffalo Common Council voted to study how the mayoral position could be dissolved in the city and replaced with a city manager who would “carry out the will of the Council members.”

And then there is the harassment. Since her primary win Walton has been subjected to a shameless smear campaign in the corporate media, such as a report in the Buffalo News about a “drug raid” on her home three years ago from “unnamed sources” where no one was arrested. The truth is that the police raided her home with no prior indication of drug use, and no drugs were found.  Her car was recently impounded by the Buffalo police for a few hundred dollars of unpaid parking tickets, with this “scandal” receiving top news billing.

India Walton’s mayoral campaign won the Democratic Primary over Mayor Brown fair and square, 52% to 45%.   The turnout was similar to past primaries.  But that didn’t mean that the top rungs of the Democratic Party were listening to the voters.

Then-New York Governor Andrew Cuomo denounced India as a “radical socialist.”  After resigning amid myriad accusations of sexual harassment, his replacement, Kathleen Hochul, is refusing to endorse Walton, said  she would “make no endorsement” in the mayoral campaign in Buffalo.   Joe Biden, who enthusiastically invited conservative pro-cop and pro-real estate New York City Democratic candidate Eric Adams to the White House, has had nothing to say about India Walton.

There has been no response from top Democrats to the campaign of harassment against India Walton.

Buffalo has an official poverty rate of nearly 30%, nearly the highest of any major city: 37% for African American workers, 45% for Hispanic and 19% for white workers.   Is it any wonder that so many Buffalonians are ready and eager for change?

India Walton is a healthcare professional, mother of four, a 1199 SEIU union representative, housing rights activist – and a socialist. Her platform asserts that “housing, healthcare, healthy food and a quality education are basic human rights,” and that she will “prioritize addressing the root causes of crime such as concentrated poverty and lack of living-wage jobs; emphasizing harm reduction and restorative justice programs rather than punitive measures.”

“As mayor, India will represent all residents of the City of Buffalo and give voice to individuals whether they have resided here for a lifetime or have newly arrived in our city. She will allocate resources to improve accessibility to city services, increase legal aid for immigrants, and end all forms of local police collaboration with immigration enforcement.”

India Walton, a member of Democratic Socialists of American (DSA), has received the enthusiastic support from the Working Families Party, holding rallies, marches and canvassing voters throughout Buffalo.  Her growing popularity, particularly among young workers, has won endorsements from a growing number of local Democratic politicians.   Although India Walton won the primary back in June, the Erie County  Democratic Committee officially only endorsed her campaign in late August.

New York State Nurses Association President Nancy Hagans stated: “Over the course of the last five years, Ms. Walton has used her nursing background to inform and address critical issues that impact health care,” said “She has also championed issues of justice including fair housing. Her vision will center the people of Buffalo and ensure their voices are present at City Hall.”

The 3,800 member Buffalo Teachers Federation has endorsed India Walton for Mayor, stating that “the mayor has not increased educational funding for the board of education for our kids for over three years”   and has supported public funding for private schools.

India Walton has shown her solidarity with workers struggling to unionize.  For example she has expressed her support for Starbucks workers campaign to organize a union into the Service Employees International Union (SEIU), and has won their endorsement.

Unfortunately, while many labor unions are uncommitted, many unions are supporting Mayor Brown.  For example, the construction unions, captive to the mayor’s tax giveaways to real estate developers, and with a reputation for hostility to immigrant workers, have given time and union space to Brown.  This short-sighted “business unionism” misses the hidden truth that labor solidarity is the path to better life for every worker, including those in the building trades.  Additionally, construction workers would hve much more work building truly affordable housing for their many working class neighbors than in building super-luxurious housing for the snot-nosed multi-millionaire few who consider all manual labor beneath them.

Many socialist view elections as part of the larger struggle to replace capitalism with a better system where workers call the shots.  For them, litmus test for any struggle, including an electoral struggle is: 1)  Does it raise the class consciousness of the working class? 2)  Does it raise the confidence of the working class in its ability to improve its conditions? India Walton’s campaign in Buffalo has earned a solid “YES” on both questions.  If Walton wins the election the class struggle will be pushed forward to a higher level.  If not, the struggle of working and poor people will continue with valuable lessons from the experience.

Her campaign is fully endorsed by another socialist, Cathy Rojas, the socialist candidate for mayor in New York City, stated “My campaign stands in 100% solidarity with India Walton and against all well-financed, illegal and underhanded ways the establishment in Buffalo is trying to subvert her victory in the Democratic primary. India Walton’s courageous and honest campaign has captured the imagination of working class people of Buffalo…. A Walton victory is our victory too. Mayor Brown and his supporters are afraid of working class people who demand their rights.”

With two weeks to go to the Nov. 2 elections, Walton remains strong. She said Oct. 18, “I am undaunted, unafraid, fired up, and ready to go. I don’t need the support of disconnected political functionaries who are more accountable to high dollar donors than to Democratic voters. I have the support of mothers, nurses, teachers, students, essential workers, baristas, stage techs, and local business owners.That’s who this campaign is for: all of us.

For more information check out her website at https://www.indiawalton.com/  Information about Cathy Rojas’ campaign in New York can be found at https://rojas4mayor.nyc/