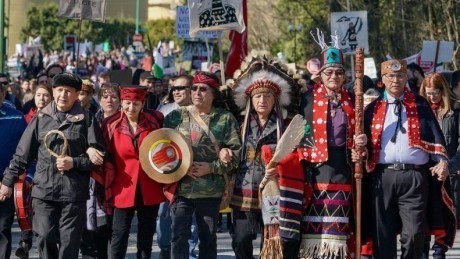 This August the UN IPCC signaled a “Code Red for Humanity” in their August report based on further dire predictions by climate scientists around the world as carbon emissions keep rising. The hope expressed by the report’s authors is contingent on global leaders taking concerted action to reduce carbon emissions starting as soon as possible.

These hopes are misplaced, since this is just the latest in a series of calls to cut carbon emissions that have been made continually over the more than three decades since the first Climate Conference in Toronto in 1988. The various plans and targets aiming to achieve these cuts, such as the ones coming out of Kyoto and Copenhagen, may have slowed carbon emissions growth, but they have resolutely failed in their purported aim: for real carbon emissions reductions. These agreements lacked enforcement measures to ensure participating nations were held to account for their climate commitments. The Paris agreement that supposedly will keep us under the 1.5 degree threshold, similarly lacks teeth as global leaders prioritize economic growth over the climate crisis.

In the current moment, political and business leaders seem willing to forge ahead with “business as usual”, attempting to use market forces to shift energy use through taxing carbon. Incentives and loans are available for the development of “clean” energy, fuel and technology, but these categories include carbon capture and storage and further improvements to fossil fuel energy efficiency that are lifelines to the industries that need to be phased out.

They are willing to do anything rather than confront the reality that the reductions in carbon emissions necessary for future survival means rapidly phasing out fossil fuels and transforming agriculture, industrial production, transportation and buildings to a zero carbon energy future. But the national and private capitals that are invested in fossil fuels worldwide can’t shake their addiction to the profits of exploration, production and marketing of fossil fuel commodities that are central to the operations of economies around the world. Divesting from these lucrative markets will not be done willingly – indeed these investments continue to rise despite widespread calls for governments and banks to lead the shift to the zero carbon economy.

In April the International Energy Agency (IEA) Global Energy Review report estimated that global 2021 energy related carbon emissions would increase by 5% to 33 billion tonnes, largely a result of predicted “increasing demand” for coal, up 4.5% from 2019 levels and nearing the 2014 all-time peak.

While carbon emissions in Canada struggled to stay level during the period since 2000, the temporary falls in carbon emissions in that period were largely related to contractions in the economy, such as the 2008 economic crisis and the pandemic crisis of 2020. World oil production had peaked at an all time high of around 95 billion barrels of oil / day in 2019, dropping to 88.4 bbo/day in 2020.

Despite triumphant claims from the Liberals in 2015 of decoupling economic growth from increasing carbon emissions, their refusal to stand against the fossil fuel industry and mandate the rapid transition to zero carbon energy production has exposed their plan as a fraud. No serious climate plan can have at it’s centre the Transmountain Pipeline Expansion (TMX) as a way of funding the transition. Allowing this pipeline to be built over Secwepemc territory in the face of the resistance from the Tiny House Warriors not only perpetuates the Indigenous genocide on which Canada is built, but it dooms the near future population of the planet to increasingly catastrophic conditions.

But it is not just the Liberals that are wedded to the pipeline. Of course the Tories love TMX – they never met an oil and gas pipeline they didn’t like. They would make laws that are more severe against those who’d obstruct the operation of “critical infrastructure” including pipelines. The PPC is even more oil and gas friendly and it’s no surprise that they love TMX.

What’s more disappointing is the attitude of the NDP to TMX. In the past the NDP position has been to oppose the TMX pipeline, but this has been undercut by the way the BC NDP government has used the RCMP to ensure pipelines are built, such as the CGL pipeline on unceded Wet’suwet’en territory. This election, the NDP is now saying they would need to figure out the best course of action only after taking power. In many respects the NDP’ climate plan is as good as any other party, but the failure to commit to opposing TMX does not inspire those who want real action.

The real hope for lower carbon emissions lies in the commitment of people involved in grassroots struggles to fight for climate justice. The movement encompasses Indigenous land defenders and their allies stopping pipelines and oil and gas developments, to student climate strikers refusing to accept the Liberal’s sham climate plan and the growing numbers of workers who are engaging in climate action in the workplace.

The resolute direct action of the Wet’suwet’en people defending their land against being invaded by militarized RCMP to facilitate the building of the CGL pipeline over their unceded territory is part of this history. The #ShutDownCanada actions that were led by Indigenous people with unprecedented support from settlers lived up to their name as rails, ports and roads from west to east were shut down demanding that the RCMP and CGL leave Wet’suwet’en land, with key support and solidarity from organized workers.

Unfortunately, despite investors pulling out of the LNG terminal at Kitimat, the pipeline construction continues to wreak havoc on Wet’suwet’en land. There is further danger of the federal government investing in the CGL pipeline to keep it afloat.

On unceded Secwepemc territory north of Kamloops, the Tiny House Warriors continue to oppose the TMX pipeline being built over their territory. This construction is ongoing, as TMX workers are currently preparing “man camps” for pipeline workers on land that had been until recently the community blueberry patch. In addition to facilitating the completion of the pipeline, and the climate disaster that would be, man camps have been linked to incidences of sexual assault and murder in the reports of Missing and Murdered Indigenous Women’s Inquiry. The links between the struggles for Indigenous sovereignty, justice for Missing and Murdered Indigenous Women and the climate crisis are clear.

Without these actions, along with others, on the frontlines stopping pipelines, Canada’s emissions would have risen through the last period instead of struggling to remain more or less level.

Climate activists of all ages have taken action to support Indigenous sovereignty, anti-racist and working class struggles and many have embraced an intersectional climate justice framework that sees the need to build the links concretely between struggles for social justice and the need to drastically reduce carbon emissions in building a future of climate justice. These connections are crucial to building a mass movement that can increase the pressure for resolute action and increasingly organize communities and workplaces to fight for the changes we need.

Workers in high carbon industries also hold a strategic place in the struggle to reduce emissions. By building the groundswell for a just transition for workers from high carbon intensity workplaces to the zero carbon economy, we can engage with the majority of workers in these industries who are interested in participating in a transition to a new economy as was revealed by an Iron and Earth poll of energy workers across Canada. These workers have the potential to shut down these industries and make even bigger contributions to carbon emissions reductions.

Ultimately, we need to continue to build concrete links between Indigenous sovereignty struggles, the climate justice movement and workers’ struggles to transform the capitalist system, where bosses are willing to sacrifice the future of billions of people to keep their profits flowing, to a future where the needs of people and the planet take precedence.

The ceasefire in Nagorno-Karabakh, brokered by Russia, should be welcomed by defenders of Armenia