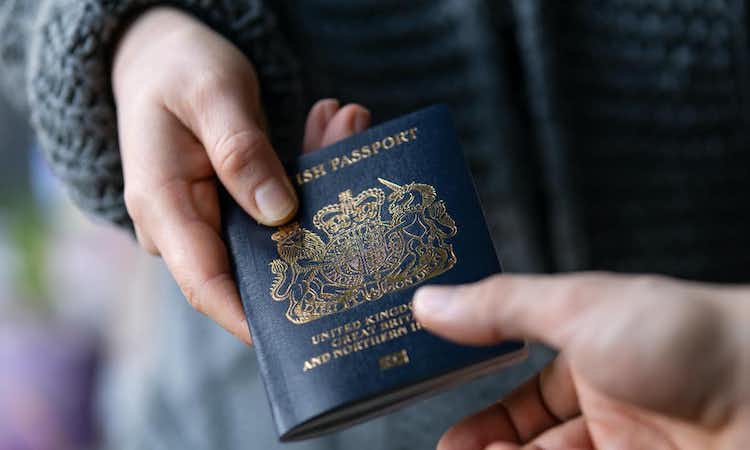 Following on from the preparatory laws that have been added lately to the state armoury for oppressing workers and putting down any possible insurrections or even the most polite of street protests, we now have the Nationality and Borders Bill sat in the committee stage of its journey through the House of Lords. This will leave only the report and third reading to get through in the Lords before the final ‘consideration of amendments’ and ‘royal assent’ pass the bill it law.

The bill is presented as if its aim is to protect Britain’s borders from hordes of terroristic immigrants intent on destroying our peaceful and idyllic way of life. Of course, anyone who understands the workings of capitalism, the rampant resource-grabbing and worker-supressing nature of imperialism, or even just has their eyes open to everyday working-class life in Britain, will know that peaceful and idyllic are not descriptions that really apply to life here.

The bill is really about selling us a dream in which our life would be perfect if it weren’t for all the foreigners. This is, of course, claptrap and anyone who understands this and still mouths the rabble-rousing anti-foreigner ‘defence of British jobs’ is a scoundrel of the worst type.

This bill ties in perfectly with the recent police act that has only lately become law. That act allows state bodies, including the police, to break any law of this country if they deem it to be ‘for the greater good’. It introduces draconian prison sentences for even the mildest of crimes, such as being considered to be a noise nuisance while on a demonstration.

The only way of fighting against such laws and achieving anything like a state moving towards socialism is to unite the best elements of our class in a struggle to destroy the imperialist beast here at home.

So imagine, if you will, that we have a sufficient degree of working-class unity where racism and intolerance of refugees and workers of different skin colours has been pushed aside. This bill, if made law, is all about reopening the racial fault lines in the British working class and crippling its effectiveness in fighting for its own interests.

Citizenship-stripping has already been used in recent history via existing laws, but ‘quite sparingly’ and only in what the state would call ‘extreme cases’. This new bill tidies up the existing laws to make it far easier – and therefore, presumably, routine – to get rid of unwanted citizens and for very less extreme ‘crimes’.

Did anyone really think that the British-born child Shamima Begum, who ran away to become an Isis bride at the age of 15, and who was then stripped of her British citizenship, was receiving a punishment for her joining Isis?

British, European Union and US imperialism helped fund, arm and recruit for Isis, in spite of any and all denials to the contrary. Why would they punish a schoolgirl who ran away to be an Isis bride when they welcome back those who (well known to the police and the Home Office) carried on an armed war against the Syrian people and perpetrated the vilest and most disgustingly inhuman of crimes as they did so?

Shamima Begum was, and perhaps still is, enraptured with what to her must have seemed like a heroic organisation standing up for her religion in a world she saw as otherwise anti-islamic – but that in itself is not a crime. She was used by the British state to see just how easy it would be to take away the citizenship (along with all its implied rights) from a British-born young person whose real crime was extremely limited – ie, running away to another country.

The Nationality and Borders Bill will make anyone standing up against the British state in any degree a possible target for loss of citizenship if they have any immigrants within their family line – and there is no mention of how far back the investigators will go to find a foreign national in the direct line of descent, so theoretically this could be used to render any number of British workers ‘non-British’.

Clause 9 of the bill is particularly nasty as it will exempt the Home Office from having to even give written notice to those from whom it intends to deprive of citizenship. To achieve this, it merely has to claim that notification is deemed to be ‘against national security’, in some way ‘not in the public interest’, or even just ‘impractical’.

If this bill becomes law, then, the future for those of foreign descent who are politically active in any way that could be assumed to be anti-imperialist looks bleak, but is there anything of a positive nature for asylum seekers? The quick answer is no, but here is Home Secretary Priti Patel on the subject:

“I think it’s fair to say, our party in government, through the Nationalities and Borders Bill with a new plan for immigration will absolutely do everything to tackle the unscrupulous exploitation of people who cross illegally.” Adding: “But also at the same time provide sanctuary to those that need our help fleeing persecution, who need refuge.”

The British government, the Home Office and Priti Patel all like to claim that British citizenship is a privilege, not a right. That is not only insulting to the many Britons who will fear that their citizenship could be revoked at the home secretary’s whim without even telling them until a group of black-clad heavies kick down their door and drag them away; it’s also legally questionable.

Citizenship is a right; it is not a privilege! And this right is protected by many international treaties and laws to which the UK is a signatory. “Currently, no other country can make its own citizens stateless by depriving them of citizenship without notice.” (Stripping British citizenship: the government’s new bill explained by Devyani Prabhat, The Conversation, 15 December 2021)

Citizenship-stripping: a means to silence all dissent

Many British people are understandably worried by the Nationality and Borders Bill because it makes ‘citizenship-stripping’ very much easier than it is presently. It is a fact that over the last ten years some 455 Britons have had their citizenship taken away by the Home Office. Those 455 have so far been mainly of Asian lineage, particularly practising muslims.

Taking a person’s British citizenship away causes many problems, not only for the person targeted, but also for their family. A 37-year-old British aid worker (legally known only as N3) who travelled to Syria, was stripped of his citizenship in 2017 while he was abroad. This left him stranded and stateless, until he was handed over to British police by French immigration officials at a UK border crossing in northern France on 28 April 2021 while trying to get back home.

He was arrested by British police on suspicion of terrorism offences, but, after being questioned for 10 days by police, no charges at all were brought against him. The Home Office had to climb down in a court case brought against them by N3 and was forced to hand him back his citizenship. N3 was eventually released and reunited with his wife and children after spending nearly four years apart, during which he could only follow the paths taken by so many refugees.

N3 stated on his eventual release: “I have always expressed my willingness to return to the UK and clear my name against any false allegations that have been made against me.” Adding: “I am overjoyed to be reunited with my family, and I am looking forward to making up for the last three and a half years that were stolen from my family by the Home Office.”

The main reasons that the Home Office gave for their actions were N3, a muslim, went to Syria and, despite his British citizenship, the HO regarded him as Bangladeshi! The British government has since then conceded that it had used its ‘controversial powers’ to strip people of their citizenship (it now seems unlawfully) against many British people who were of Bangladeshi descent and who went to Syria for whatever reason.

This is just one among the many reasons for unease among British muslims of Asian descent regarding the Nationality and Borders Bill, but it would be wise for anyone who may find themselves at odds with government policies to wonder why they are making this method of punishment, so often misused in the past, so easy to use against virtually anyone.

Instead of Freeing Palestinian Prisoners, New Scheme Aims at Punishing Their Families

Moscow pushes rulers in Berlin to advance its aims in Europe