International Anti-Imperialism: then and now 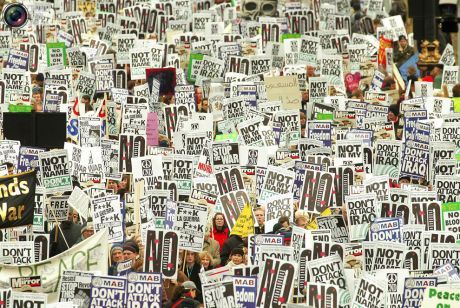 While we take a stand against the imperialist conflict in Ukraine today, we can learn from past anti-war movements. Socialists have always opposed brutal imperialism and helped build anti-war movements. At the beginning of the 20th century, Marxists understood that imperialism is caused by capitalism; greed for complete control over territory and its natural resources is the main cause of war. Socialist parties like the Black Panther Party in the US opposed and organized against their capitalist government’s invasion of Vietnam in the 60s and 70s. More recently the anti-war movement against the US lead war on Iraq mobilized the biggest number of protesters worldwide in early 2003. Come join the International Socialists for a speaker series about these anti-war movements!

Carolyn Egan was a member of Students for a Democratic Society in the US during the Viet Nam war and came to Canada with so many others who were resisting that war. She is a trade unionist and member of the International Socialists.

Erfan Rezaie was born in Tehran during the Iran-Iraq war (yet another greedy war of imperialist forces) and arrived in Canada with his family as “convention” refugees. He has volunteered with organizations aiding refugees and supporting the rights of migrant workers.

Bradley Hughes helped to found StopWar, the anti-war coalition in Vancouver that was part of the movement that stopped Canada from joining the war against Iraq in 2003. He is a member of the International Socialists.

Letter to the editor: Black liberation, anti-imperialism, and Ukraine

The curious case of Haitian pigs and Canadian imperialism

Capitalism and Imperialism: A Global System of Death

For African and Colonized Peoples, to understand Ukraine: De-center Europe and focus on imperialism

Imperialism and the Weaponization of Empathy