International Day of Solidarity with Palestine 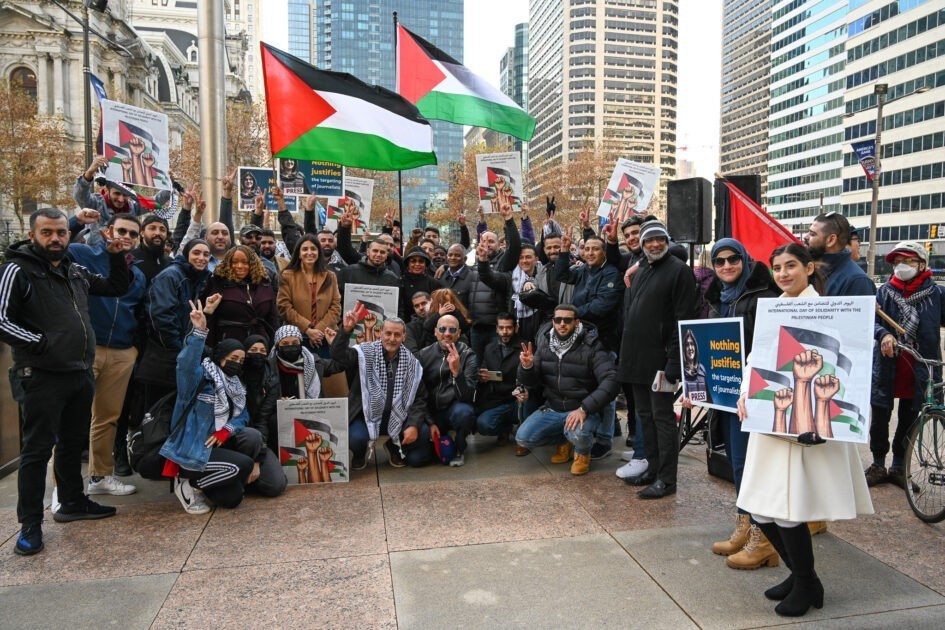 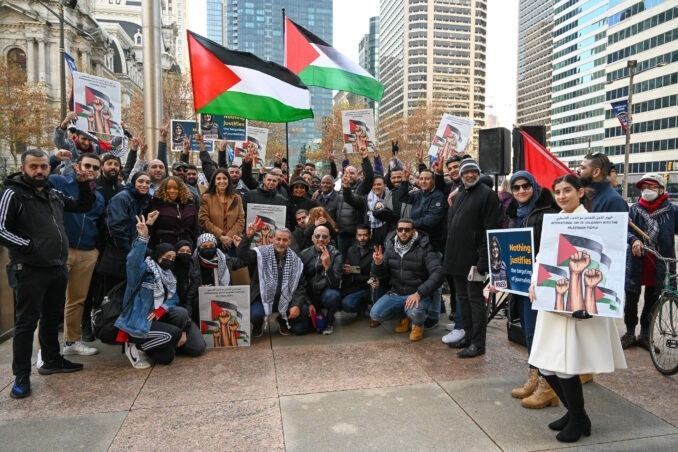 Philadelphia City officials and other political leaders and community activists celebrated a city proclamation recognizing Nov. 29 as International Day of Solidarity with Palestine. The event featured speakers as well as placards and huge Palestinian flags.

When a small number of pro-Israel reactionaries turned out to harass the demonstrators, Palestinian activists and their supporters used the huge flags to create a barrier, blocking out the counterprotest.

That evening the documentary, “Naila and the Uprising” was shown at the Making Worlds bookstore, hosted by Black Alliance for Peace, Philly DSA, the Philadelphia Palestine Coalition and Workers World Party. The film chronicles the remarkable journey of Naila Ayesh and other women in Gaza throughout the First Intifada in Palestine in 1987. A lively discussion following the film focused on the continued importance of the global Palestine solidarity movement.

— Report and photo by Joe Piette

International Seminar on Palestine held in Dhaka on 3rd December

Labour members overwhelmingly back motion in solidarity with Palestine