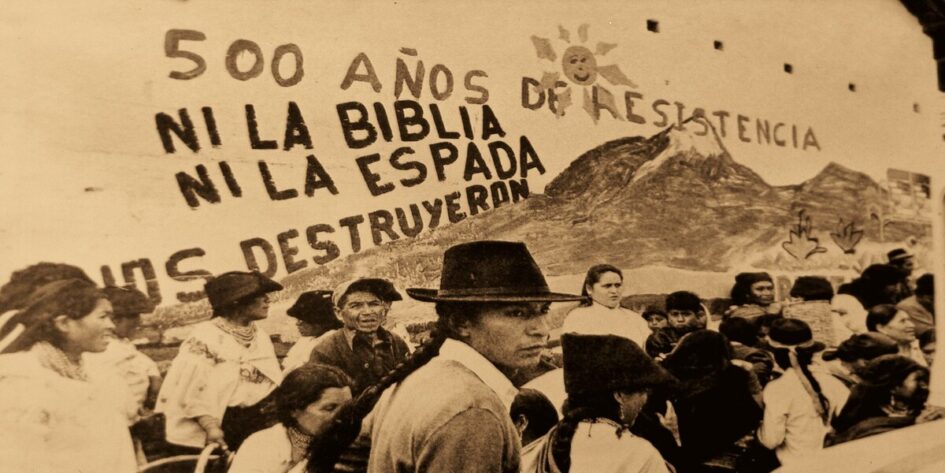 I was born in La Paz, Bolivia, to a single parent and grew up in an area without running water. I remember everyone working collectively to dig, buy and connect the pipes to bring water to our neighbourhood. It was similar with toilets, public transport and education.

Our first experience of a coup d’état was 1971-1978. We were small but we heard the grown-ups talk about politics, people being arrested, killed or disappeared. We knew then that we were socialists and that was a dangerous thing to be. When I came to England in 1989, I was amazed to find Marxists openly discussing politics and people organising, protesting and marching against the poll tax.

A duty to inform

In April 2000, the people of Cochabamba forced the right-wing government of Bolivia, led by former dictator Hugo Banzer, to end its contract with US multinational Bechtel and nationalise water. I felt it was my duty to inform people outside Bolivia of this inspiring victory – to tell British workers fighting to renationalise the railways, water and electricity that the poorest people on the planet had peacefully achieved that goal.

Bolivians continued struggling to recover other natural resources, including gas and oil, privatised in 1996 under president Gonzalo Sanchez de Lozada, known as ‘Goni’. In 2002, Goni planned to export Bolivian gas to the US via Chile. In October 2003, as the anti-neoliberal struggle spread, he deployed the military to the city of El Alto, killing 77 and wounding over 400. He tried to blame the massacre on ‘narco-terrorists’ – in keeping with his government’s tactic of falsely linking the Bolivian peasant movement to FARC in Colombia.

That month, we created the Bolivia Solidarity Campaign. We went wherever we could to spread accurate information and build solidarity, echoing Bolivian social movements’ calls to action: to re write the constitution, nationalise hydrocarbon industries and bring Goni to trial.

In October 2006, I received a phone call from the Huanuni tin miners’ union. It was a fraught situation: the UK firm, RBG Resources, that had bought the mine during Goni’s privatisations was embroiled in a criminal case, and the UK courts had nominated Grant Thornton to liquidate the company. Grant Thornton had in turn given power of attorney to Bolivian mining cooperatives, who were acting as mercenaries and attempting to remove unionised workers by using dynamite. Sixteen people had died.

We called on our union allies in the UK to join us in picketing Grant Thornton’s offices. There we received a phone call to say the company had extinguished the power of attorney deal. The Bolivian government was then able to renationalise the multi- billion-dollar tin mine.

Today’s activists can learn from Bolivia, where the most impoverished people have organised, mobilised and changed the country. Unfortunately, many environmental movements have been co-opted by NGOs, with so-called ‘activists’ trained in the US and funded by groups with CIA ties. Environmentalists abroad were duped by these high-profile NGOs to protest against Evo Morales prior to the 2019 right- wing coup against him. The Bolivian people, in contrast, understand that the struggle for Pachamama (mother earth) is anti-capitalist and anti- imperialist – we must support their pursuit of socialism without foreign intervention.

Amancay Colque is the co-founder of the Bolivia Solidarity Campaign

Some Lessons of the Podemos experience

Sam Marcy: The Lessons of Chile