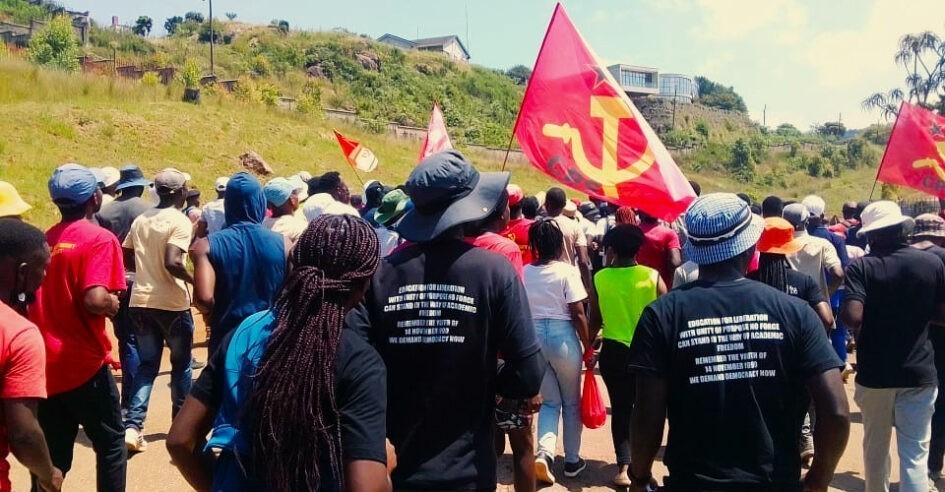 The Friends of Swazi Freedom are “calling on all progressives, revolutionaries, anti-colonialists, and anti-imperialists to join us” in pursuing a set of commitments. 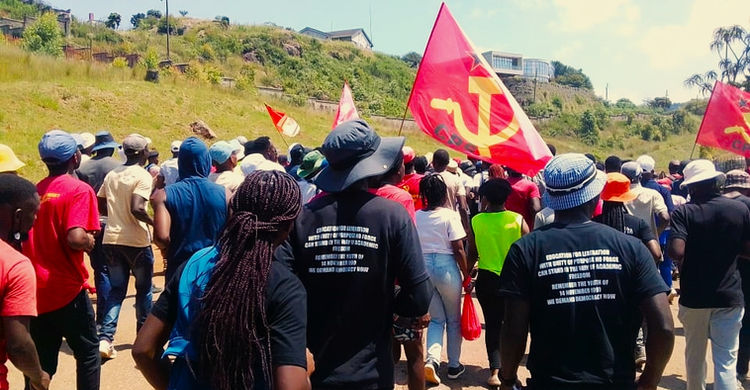 The organization Friends of Swazi Freedom has launched a new campaign to draw international awareness and attention to the situation and ongoing repression in Swaziland, Africa’s last remaining absolute monarchy.

According to the group:

King Mswati III has unleashed a wave of detentions, kidnappings, and state terror against pro-democracy activists.

Over 100 EmaSwati have been killed in demonstrations against the King’s absolute rule.

The Communist Party of Swaziland (CPS) has organized protests across the country and is a leading force in the democracy movement there. They have reported several cases of repression against their members and activists in the last few days alone.

On March 23 “Mswati’s police kidnapped a member of the Communist Party of Swaziland (CPS), Bongi Nkambule (33), heavily assaulted him and dumped him very late at night just outside the capital city Mbabane.”

Comrade Bongi’s kidnap and assault was among other acts of police violence on protesters yesterday. Police assaulted dozens more protesters in Mbabane on the same day.

The CPS has been under heavy attack from the regime’s security forces for some time now. On Sunday, they kidnapped the children of one of our organisers, while also pursuing CPS comrades who were leading rallies at Lubulini community in the eastern part of Swaziland.

The children referred to were kidnapped by police on March 20:

When the soldiers kidnaped the children, the three-year-old cried hysterically and was rescued by neighbours. The soldiers then took the five-year-old boy together with a 23-year-old and another relative of Comrade Ayanda Ndwande, an organiser of the Communist Party of Swaziland…

The army claimed that they had to take the five-year-old to help them identify his father, Comrade Ayanda, in the sports ground where the CPS was launching its community games.

The idea was that the five-year-old would run to his father once he saw him and the soldiers would thereby identify him. They wanted to use the children in their mission to arrest our comrade.

The 23-year-old and relative were taken separately in order to help the military identify the comrades from other regions who may have used Comrade Ayanda’s home as an assembly point.

The five year old was returned to relatives late that evening.

This came just two days after:

Communist Party of Swaziland (CPS) activists were this afternoon, Friday 18 March 2022, at around 17:00 detained by Big Bend police in Swaziland. The three CPS activists were connecting from Manzini to the Lubombo region, east of Swaziland, as part of the CPS mission to mobilise communities and raise political awareness of the need for democracy in Swaziland.

A group of over 15 police officers harassed our Comrades and confiscated CPS material. The comrades refused to board the police van in spite of reinforcement from the police.

The Friends of Swazi Freedom are “calling on all progressives, revolutionaries, anti-colonialists, and anti-imperialists to join us in pursuing the following commitments:

How you can help:

Post messages of support and statements against repression using #HandsOffCPS

Swaziland’s communists debunk misleading reports by the “Times of Swaziland”

Ontario Communists condemn ongoing US campaign to destabilize Cuba; Demand an end to the blockade

Swaziland: Solidarity with the students — Down with Mswati

Putin has launched ‘the most senseless of all the wars’