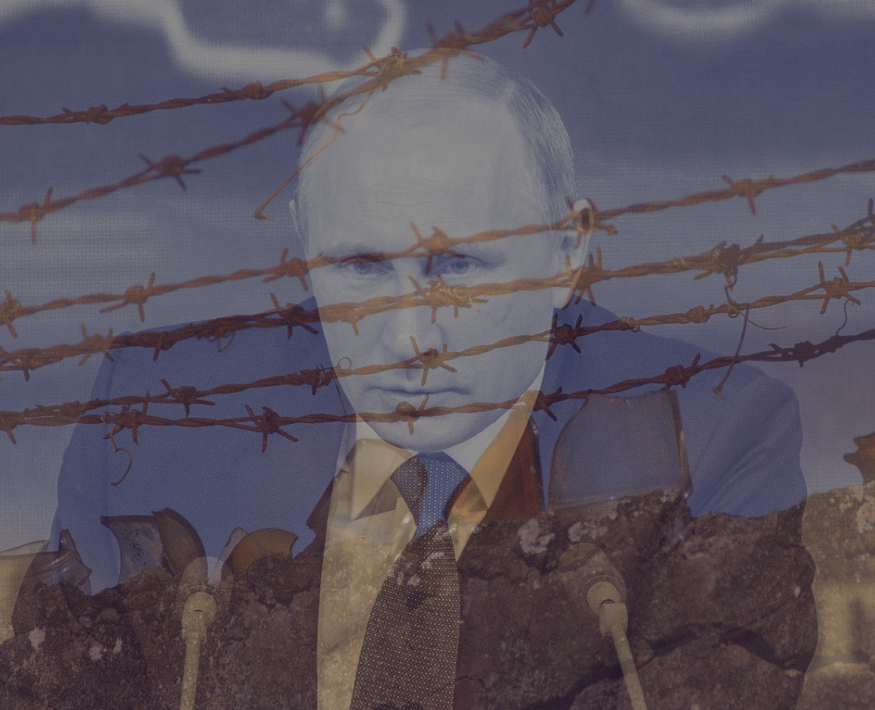 Russia’s invasion of Ukraine — a move that took even some of President Vladimir Putin’s harshest critics by surprise — represents “a turning point” for his regime, Russia expert Tony Wood told Green Left. It suggests “the Kremlin’s policy may have been more genuinely and deeply driven by neo-imperialist fantasies than many analysts suspected”.

Wood is a lecturer at Princeton University (United States), New Left Review editorial board member and author of and .

Below he discusses the Kremlin’s irrational strategy, NATO’s role in the conflict and how progressives can help support the people in Ukraine and Russia currently challenging Putin’s rule.

What does the invasion of Ukraine tell us about the immediate aims of President Vladimir Putin’s Russia and, more generally, about the nature of the regime? Does it confirm previous assessments or mark a turning point, given few expected an invasion of this scale?

In my view it does mark a turning point. While Putin’s Russia has been guilty of many things in the 20-plus years since he came to power — not least a brutal colonial war in Chechnya, fierce repression of domestic opponents, long-running attempts to destabilise Ukraine and, of course, the annexation of Crimea — up to now it has not behaved in ways that are fundamentally irrational from the regime’s own point of view.

The analysis of Putinism shared by many commentators till now was that, while it was certainly a semi-authoritarian regime, with elections held only to supply a democratic façade, it was mainly devoted to the preservation of its own power (and wealth). So, ideological commitments took a back seat, and nationalist rhetoric could be cynically taken up or dropped as the need arose.

As well as being a criminal assault on its weaker neighbour, this war seems to go against any rational calculation of the regime’s interests, let alone those of Russia as a whole. It suggests that the Kremlin’s policy may have been more genuinely and deeply driven by neo-imperialist fantasies than many analysts suspected.

The nationalism that the Kremlin has increasingly espoused in recent years may have overpowered basic considerations of strategy. If that’s true, the government’s actions have become alarmingly disconnected from reality, which adds further unpredictability to what is already a disastrous situation.

Opposition to Russia’s invasion is almost universal, but divisions exist over the role of NATO in this conflict. What are your thoughts on this?

It was Putin’s decision to launch this war and the current Russian government bears the overwhelming responsibility for it. But if we’re trying to understand how and why this crisis has happened, the question of NATO’s role inevitably enters the picture.

Why was the possibility of membership held out to Ukraine from 2008 onwards, if NATO had no intention of actually defending its future ally? Why was this course pursued even when it was clear, after the events of 2014 in the Donbas and Crimea, that Russia would respond aggressively?

And prior to that, why was NATO’s eastward expansion deemed such a strategic priority by the United States and its allies in the 1990s and early 2000s, at the expense of ever being able to forge a constructive relationship with Russia thereafter?

As I’ve written elsewhere, to a large extent NATO expansion was an insurance policy against an outcome the expansion itself helped to produce: the consolidation of an increasingly nationalist Russia with interests opposed to those of the West.

By invading Ukraine, Putin has certainly helped unify and reinvigorate NATO and the net result of the conflict will likely be a further expansion of the alliance as countries bordering Russia seek to shelter under the Western security umbrella.

The irony, of course, is that NATO itself did nothing to prevent the war and seems only to have been serious about Ukrainian membership to the extent that it went counter to Russia’s interests — not because it had any concerns for the wellbeing of Ukrainians.

Despite intense repression, anti-war protests have proliferated in Russia. What do they represent in terms of a potential opposition to Putin?

It’s worth emphasising that pretty much all protests are illegal in Russia and are regularly met with fierce repression by the authorities. Those who have taken to the streets this past week have done so in the awareness that they are taking a considerable risk.

While the numbers participating might not seem that large by the standards of other countries, they are big for Russia, and the spontaneous energy and depth of feeling behind them point to a lack of support for this war among the Russian public as a whole.

In that sense, though they don’t represent any direct threat to Putin’s rule, the protests lay down an important marker to the regime: continuing this senseless war will spell trouble for those at the top.

While few are willing to go as far as to call for NATO to implement a no-fly zone, many are demanding that Western governments ship arms to Ukraine or impose greater sanctions on Russia. Should those who seek peace and a just resolution to the conflict support such calls? If not why, and what solutions or demands could be raised to support Ukraine?

The impulse towards solidarity with Ukraine is an entirely justifiable human response to this criminal war. But I would be very careful about equating solidarity with arms shipments and sanctions.

Western governments have been supplying Ukraine with weapons for several years now and are likely to ramp them up without any further prompting from their populations. Supporting these shipments is tantamount to calling for the indefinite continuation of the war, which seems a morally dubious thing for people who don’t live in the warzone to do.

And while sanctions may make life inconvenient for the Russian elite, they will rebound far more on ordinary Russians — and, ironically, may push them to rally around the regime on nationalist grounds, rather than turn against it.

In my view, the left should be urgently calling for a ceasefire and negotiations between Ukraine and Russia. The priority should be finding a solution that enables Ukraine to live in peace with full control over its borders — and if that involves neutral status for Ukraine, then the West should be willing to concede that rather than forge ahead with NATO membership for a broken and divided Ukraine under partial Russian occupation, which for now seems the likeliest alternative.

We should also oppose the very real possibility of escalation: the longer the conflict goes on, the greater the risk that it will expand to involve more regional powers and the US, raising the terrifying possibility of a new world war.

In the meantime, we should be doing everything we can to help Ukrainian civilians find safe haven outside the conflict zone. This means building support networks and providing resources for them to survive until a stable peace is established and they can return home.

In Europe, it means attacking national governments’ punitive and racist immigration policies, which have caused so much suffering for those displaced by all the criminal wars of recent years, from Afghanistan and Iraq to Syria and Ukraine.

What accounts for Putin’s assertiveness on Ukraine?