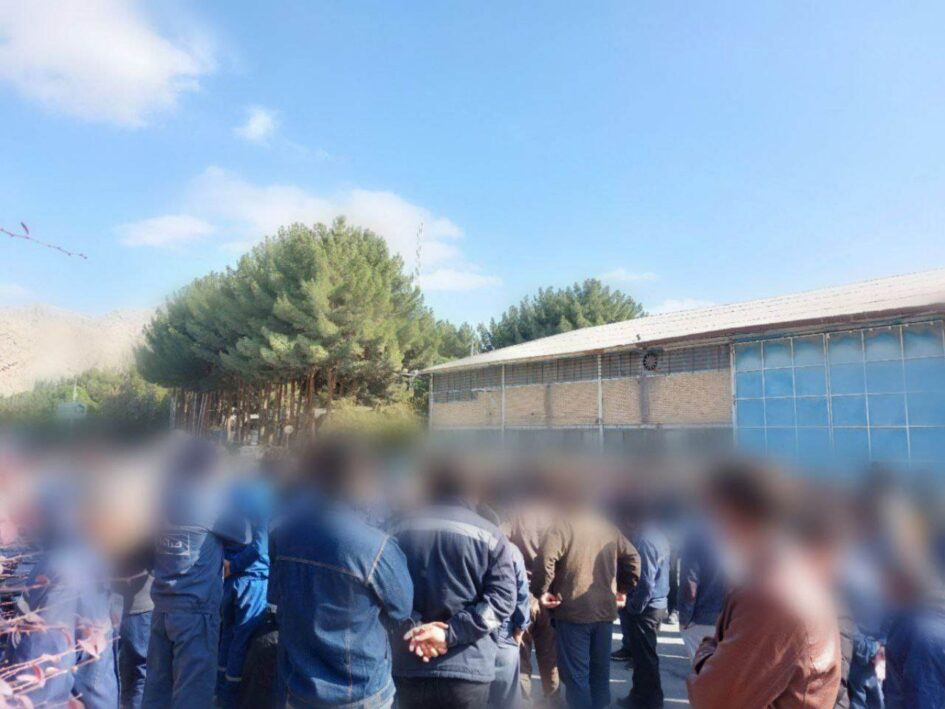 A new wave of youth protests coupled with student and bazaari strikes in Iran began on 5 December, and were planned to continue until today, 7 December. The protests, which have so far reached 83 towns and cities, were initially called by revolutionary students, but the call was echoed by workers’ organisations.

At the same time a wave of economic strikes among industrial workers has been going on for weeks now, including truck drivers across the country, various petrochemical plants in Bushehr and Khuzestan, automobile factory workers in Karaj and Qazvin, metalworkers in Isfahan and Bandar Abbas, and many more.

The strike wave is still relatively small compared to previous strikes since 2018, but could expand rapidly. Already, the truck drivers’ strike is forcing some factories to shut down production. While the demands of the industrial strikes are economic rather than political in nature, they are clearly inspired by the revolutionary youth. Many of these strikes, including those at the Masjid Sulaiman Petrochemical Plant and Isfahan Ironworks, began during the previous wave of youth protests. 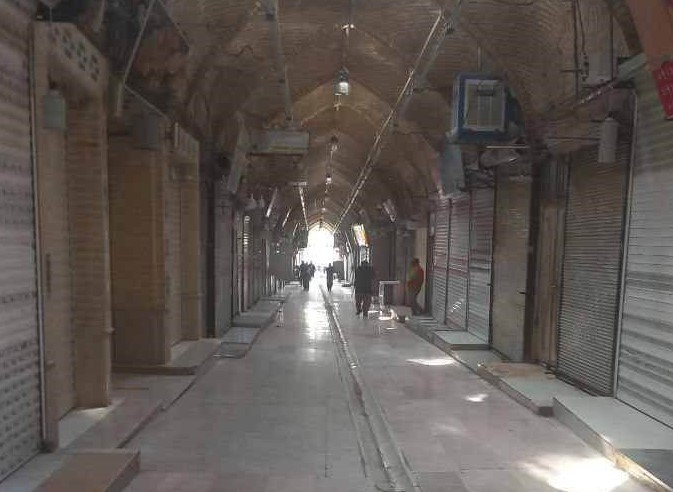 A new wave of youth protests coupled with student and bazaari strikes in Iran began on 5 December / Image: Fair Use

Meanwhile students from over 100 universities are on strike, with school students even joining rallies in schoolyards, chanting the usual slogans of “Death to the dictator,” and, “Women, life, freedom”.

Barricades have been set up in Tehran, Mashhad, Sanandaj and Saqqez, among other towns and cities. Small groups of protesters have also set ablaze regime-affiliated buildings across Iran. Nevertheless, the protests appear smaller than the previous protests of the Mahsa Uprising.

Independent workers’ organisations, including the Haft Tappeh sugarcane plantation workers, Union of Tehran Bus Company workers, the Coordinating Committee to Help Build Labour Organisations, among others have made statements in support of the protests.

Both the Teachers’ Coordinating Committee and the Council for Organising the Protests of Oil Contract Workers (COPOCW) have gone further, calling for strikes starting on student day, commemorating the 1953 student movement against the Shah. 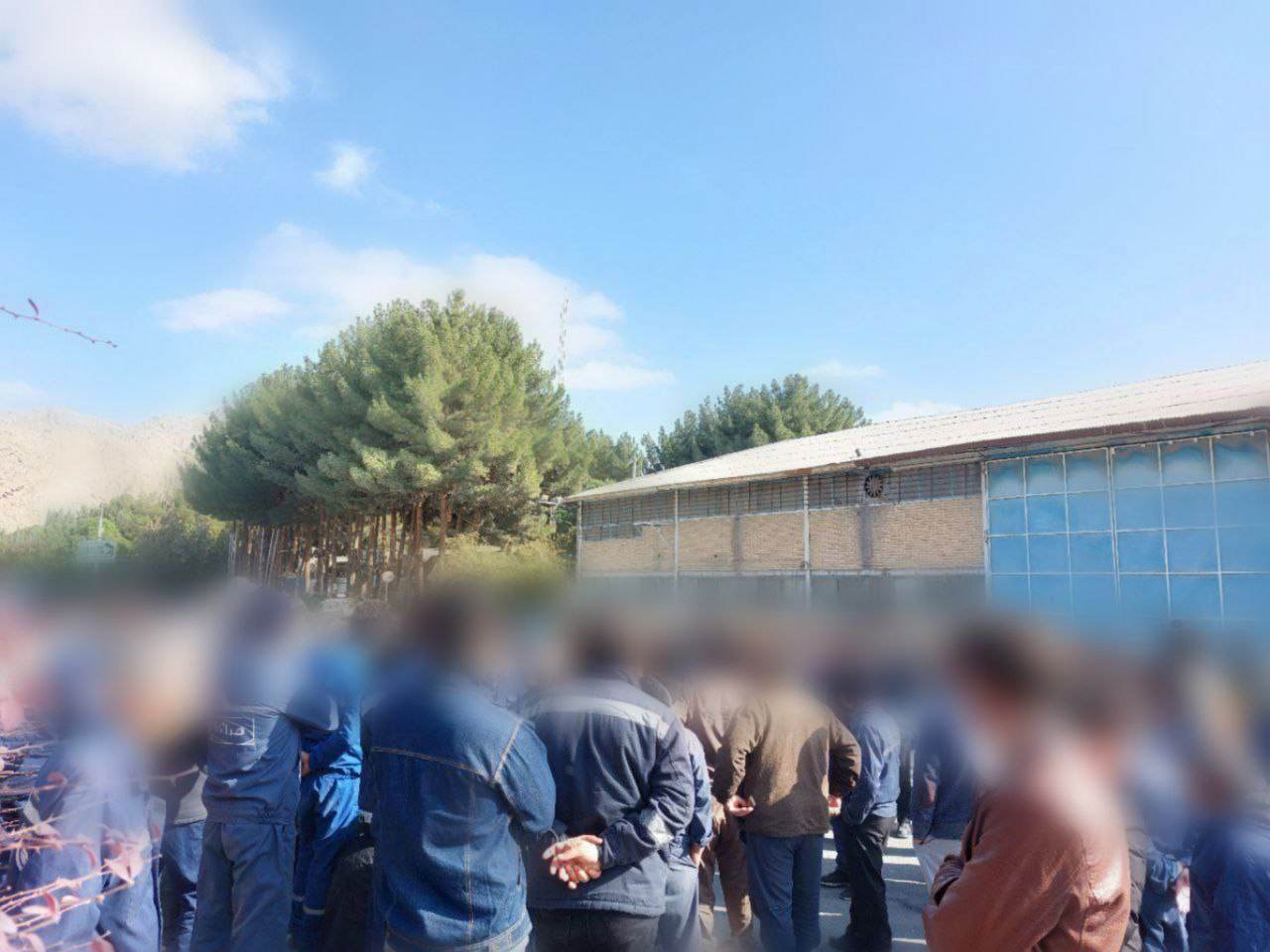 Factory workers in Isfahan were amongst many to go on strike in the last few weeks / Image: Fair use

Despite the repression of the regime, the youth have re-mobilised through their revolutionary organisations, and are continuously agitating for a general strike against the regime. Revolutionary student groups have signed a joint call for protests, with flyers distributed across the country calling for such a strike, and have covered the walls with revolutionary slogans.

In Kurdish-majority areas, despite the especially brutal repression faced there, we’ve seen a spread of these revolutionary youth neighbourhood committees. These organisations are inspired by the revolutionary councils or ‘shuras’ of the 1979 Iranian Revolution. The youth have even begun raising the slogan of 1979: “Bread, Work, Freedom – shura power”, as well as a new slogan, “We don’t want the Shah or the Mullahs – all power to the shuras”.

Youth: unite with the workers!

The revolutionary movement in Iran has so far been dominated by the youth. This has led to a constant back and forth between waves of protests and waves of repression, which often whip up new waves of protests. Throughout this struggle, the youth have become better organised, forming revolutionary organisations, as noted. These organisations have ensured that the movement is preserved in face of growing repression. But the movement has not expanded to the working class, costing the youth dearly in blood and lost freedoms. This cycle cannot continue forever, and the isolation of the youth risks exhausting the movement. Already, in the current protests, there are clear signs of tiredness. 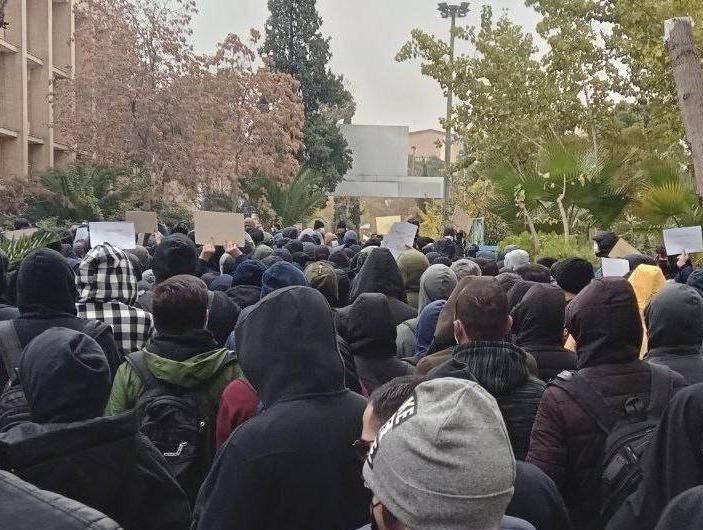 Students from over 100 universities are on strike / Image: Fair use

An insurrectionary mood has developed among the youth, who continue to attack regime-affiliated buildings, set up barricades, and drive out security forces from their neighbourhoods. But despite their revolutionary fervour, the past months have proven that they cannot overthrow the regime alone, but only temporarily overwhelm the security forces, who then return with a vengeance. Signs of desperation among some elements of the protests are becoming evident.

Reports have circulated in the past few days, particularly in the western press, that the Morality Police (the security body whose murder of the Kurdish girl Mahsa Amini sparked this youth uprising) had been ‘disbanded’ under pressure from the movement. This was based on an off-the-cuff remark by Iranian Attorney General Mohammad Jafar Montazeri, who told a conference on Saturday that Iran’s ‘morality police’ have “nothing to do with the justice department” and have been “shut down by those who created it.” This was in turn picked up by state-run ISNA news agency.

However, on Monday the state-run broadcaster Al-Alam said Montazeri’s statements had been taken out of context, and that Iran’s justice department would “continue to monitor public behaviour.” Local media have since stated that “the justice department has no plans to abolish [the Morality Police], nor will it take a step in this direction.”

Some have suggested Montazeri’s comments were a deliberate ploy to spread misinformation and confuse or disorientate the youth protests. However, it is clear that sections of the regime are weighing the idea of giving some concessions to put an end to the movement, although they will be cautious about giving too much, as the feeling of achieving tangible victories could embolden the protests.

From the start, the youth movement has been calling for a political general strike and has supported the demands of workers in statements and slogans. This is entirely correct, as only the working class can unite all layers of the poor and oppressed against the regime. Furthermore, through their role in production, the workers are capable of completely crippling the economy and overwhelming the regime, as they did in the 1979 Revolution.

But such a movement cannot be conjured up by command. Rather, it must be prepared for by putting forward a programme to unite the working class and poor in action. The regime is fully aware of the threat that unity between the youth and the workers would pose, and for this reason has dealt harshly with revolutionary workers and political strikes, and it has done everything it can to isolate the youth from the working class. The cynical ‘solidarity’ of western imperialists and their hated Pahlavi puppets [representatives of the exiled monarchy] helped the regime greatly, allowing them to paint the entire movement as western intervention.

The regime expertly exploits fears of such imperialist intervention, comparing the ongoing movement to the Syrian Revolution, and warning that western intervention could prepare a civil war. This does not necessarily mean that workers believe the propaganda of the regime, but lack of any form of national leadership in the movement capable of presenting a clear alternative has meant workers are wary where this uprising will lead. The separation of the revolutionary youth from the workers has helped the regime in these efforts.

As explained, the most advanced layers of the youth, especially in Kurdistan, have put forward the shuras as an alternative to the regime. 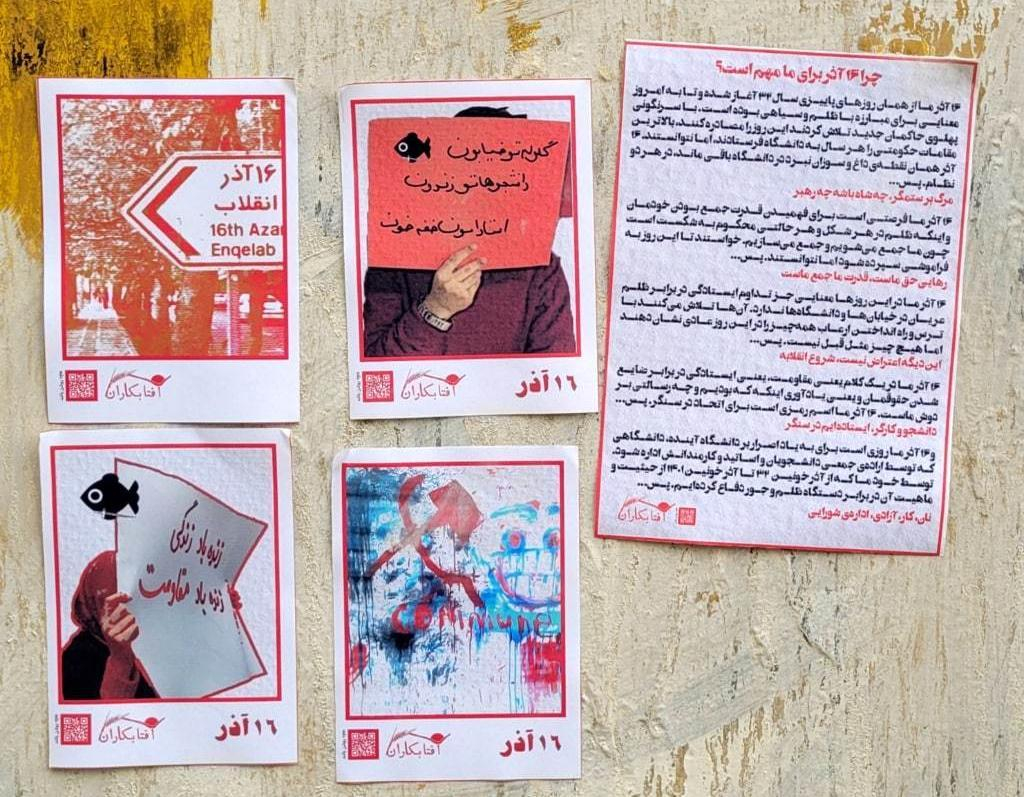 While they are a big step forward, the existing revolutionary committees are not mass organisations with roots in the working class / Image: Fair use

While they are a big step forward, the existing revolutionary committees are not mass organisations with roots in the working class. They are limited to the youth and in many cases are more akin to revolutionary cells. They cannot be directly compared to the shuras of the Iranian Revolution of 1979, which formed out of a general strike through the self-organisation of the masses in the midst of a revolutionary mass movement involving millions.

Revolutionary committees are the hallmark of all revolutionary movements, including the Russian Revolution, which saw the rise of the soviets. These structures, involving working masses and poor masses, are the embryo of the future society fighting to be born, and their creation forms a dual power as they compete with the power of the capitalist state. Such a situation does not exist in Iran today. The movement remains restricted to a youth uprising. Thus, the main task remains winning over the working class.

The working class won’t merely join the movement because the youth raise their slogans about the shuras taking power, nor because they hear frantic calls for a general strike. Instead, revolutionaries must start from the demands of the workers themselves and link those demands to the revolutionary movement. The gap between revolutionaries and masses must be bridged with a clear programme and revolutionary leadership, linking concrete economic demands to democratic demands and the call to overthrow of the Islamic Republic.

Any such transitional programme would have to be further developed by the masses themselves, but should include: reversal of all austerity measures; living pensions and wages; freedom of speech, assembly and press, particularly for trade unions; and the election of a constituent assembly based on neighbourhood committee and workers’ councils to abolish the Islamic Republic. On the basis of such a programme, the foundations for a general strike and overthrow of the Islamic Republic could be prepared.

“We don’t want the Shah or the Mullahs: all power to the shuras!”

For both the economic and political demands of the masses to be realised, the future Iranian Revolution cannot stop with the abolition of the Islamic Republic, but must abolish capitalism completely. This is a system at a complete dead end, unable to develop society in any meaningful way. The only people who are able to take society forward are the workers, the poor and the youth of Iran, who must take power into their own hands.

Only a socialist revolution in Iran can ensure a dignified life and freedom for the Iranian masses. The task for all Iranian communists is to build such a leadership with urgency, for the fate of the ongoing movement will be decided by this question.

Moving Towards Freedom: The Feminist Uprising in Iran

“Nothing moved but the tide” – Seattle General Strike Begins February 6, 1919