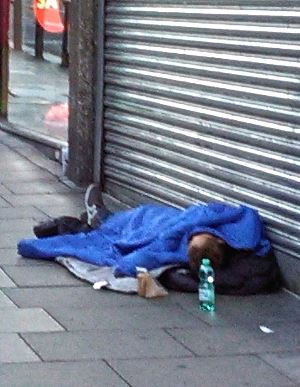 2022 opens with confirmation that 2021 was another year of ‘business as usual’ for Irish capitalism. Initial corporation tax returns from the Department of Finance, released towards the end of 2021, indicate that corporation tax receipts for last year will top 15 billion euro. Given that the real corporation tax rate is around 6.5%, rather than the official 12.5%, this would suggest that corporate profits for 2021 in the South of Ireland exceeded 220 billion.

That works out at almost 45,000 euro for every man, woman, and child. As has been clearly established since the onset of the pandemic, while COVID has caused huge disruption to the jobs and lives of workers, it has also resulted in colossal wealth and profits for the capitalist class. Oxfam Ireland confirmed that Ireland’s nine billionaires have increased their wealth by a massive 18 billion euro since the start of the pandemic in March 2020.

Most of these profits are the result of the Irish state’s role as a facilitator of mass global tax dodging by huge corporations and the ultra-wealthy. Very little of this wealth ever makes its way to ordinary people in the form of improvements to public services, such as the health service, or in housing.

Comically, the Irish political establishment always has to pretend to be taken back when another bumper year of corporation tax receipts arrives in the bank at the end of the year. They have no idea what scams or crimes are being perpetrated in, for example, the IFSC in Dublin, but they are happy to turn a blind eye just so long as they get their cut, for respectability’s sake.

The 15 billion paid in 2021 is over three billion more than what was paid in 2020. Given the housing catastrophe that long predated COVID, the question is begged of how many public houses would just that three billion alone pay for? At a unit cost of 200,000 euro a piece, that would build 15,000 homes and make a huge dent in the worsening housing crisis.

Alas, the Irish political establishment will not use this money for housing. Instead, it will probably go towards paying down the tens of billions in debt they incurred bailing out their pals in Anglo-Irish Bank and the property developers in 2008.

By grim co-incidence, Social Justice Ireland recently released a report on housing and poverty which makes for very interesting reading.

This report shows that, when the cost of housing – rents and mortgage payments – is taken into account, the number of people living in poverty in the South almost doubles to one million. One in five people live in poverty in the third richest country in the world!

The report stresses that the lack of public housing is a key cause of this poverty. The government’s refusal to build public housing is impoverishing hundreds of thousands. Meanwhile, it wastes almost a billion euro a year supporting landlords through the Housing Assistance Payment (HAP).

The reality is plain to see: the resources are there to build houses, alleviate the current crisis and ease the huge burden of housing costs on the working class. The extra money from corporation tax and re-directing HAP payments to building houses.

The establishment will do neither and, as a consequence, worsen the housing crisis.

This situation exposes a key reality of capitalism: the existence of mass poverty alongside mega-profits. For profits to be made, more and more working class people must be driven into poverty. That is a fundamental law of capitalism.

That is why socialist policies are needed to end capitalism. Right now there needs to be a mass campaign to push for a mass public house building programme. The trade unions must be a key part of this campaign. It must be prepared to advocate civil disobedience including tactics such as rent strikes. 2022 should be the year when the pushback on housing begins.

Until the huge wealth of the multinationals and the main planks of the economy are placed in the hands of the working class, who produce all the wealth, and planned for the needs of all, under democratic control and management, social inequalities and exploitation will only worsen.

U.S. policies drove people from Haiti, now force them back