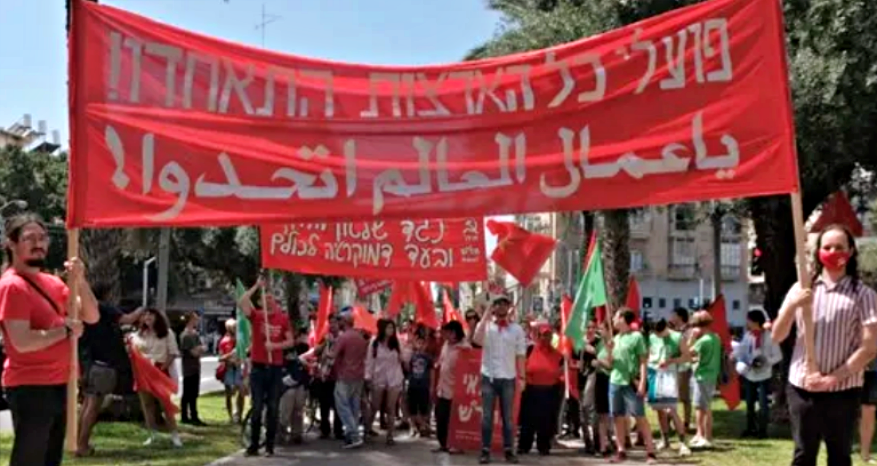 The Communist Party of Israel (CPI) is currently winding up its preparations for the party’s 28th Congress to be held between October 7th and 9th in the Arab city of Shefa-Amr (Shfar’am) in the Galilee.

The Congress will be taking place during a period of turbulent developments in the Middle East, with popular movements protesting for democracy and social justice in countries throughout the region, while the forces of Imperialism maneuver to take advantage of events for their own interests. Israel’s new Bennet government, which enjoys the backing of US Imperialism, repeatedly threatens to launch a new war of aggression, in particular against Iran. Such aggression would have grave consequences for the peoples of the region, with especially disastrous results for the people in Israel.

These challenges oblige the CPI to prepare for them, while emphasizing our political and ideological foundations, thus augmenting the importance of our 28th Congress. Among the major subjects that will be on the agenda for discussion in the upcoming Congress: (1) The global crisis of capitalism and its manifestations in Israeli; (2) Developments in the Arab world; (3) The working class in Israel and the CPI’s activism within its ranks; (4) Against the occupation of the Palestinian territories – Achieving a just and lasting peace – Defending democracy and combating fascism; (5) The struggle for the complete equality for the Arab-Palestinian national-minority within Israel; (6) The struggle against Zionism; (7) Socialism in our era.

Also on the Congress’s table will be discussions addressing the economic and social havoc wrought by the COVID-19 pandemic; increased unemployment among workers in Israel; the whirlwind of murder and crime in Arab villages and towns (with 76 killed thus far in 2021); the Joint List’s electoral regression in the last election; and Israel’s new pro-occupation, neo-liberal coalition government.

The Preparatory Committee of the 28th Congress has written: “The Communist Party [of Israel] has a vital role to play in leading the working class of Israel; as such the party has decided to increase its efforts to reach the masses of youth and students open to progressive politics… Israel is in the midst of a deep structural political crisis that cannot be solved simply by holding more and more elections, like the four that were held in the two last years. The CPI has a central role in deepening the public’s consciousness about the basic nature of the structural crisis and delineating a progressive path forward.”

Two years ago, the CPI celebrated the hundredth anniversary of its founding in Tel Aviv in 1919, making it the most veteran party in the country, during which “we have known rises and falls, achievements and failures,” the Congress’s Preparatory Committee has written.

Over recent weeks, party branches throughout the country have been holding meetings and debates on the Party’s program and the draft of the Report of the Central Committee to the 28th Congress. During the conference delegates will be electing members to the party’s Central Committee and its main institutional organs. Hundreds of delegates from all over the country will be taking part  in the Congress.