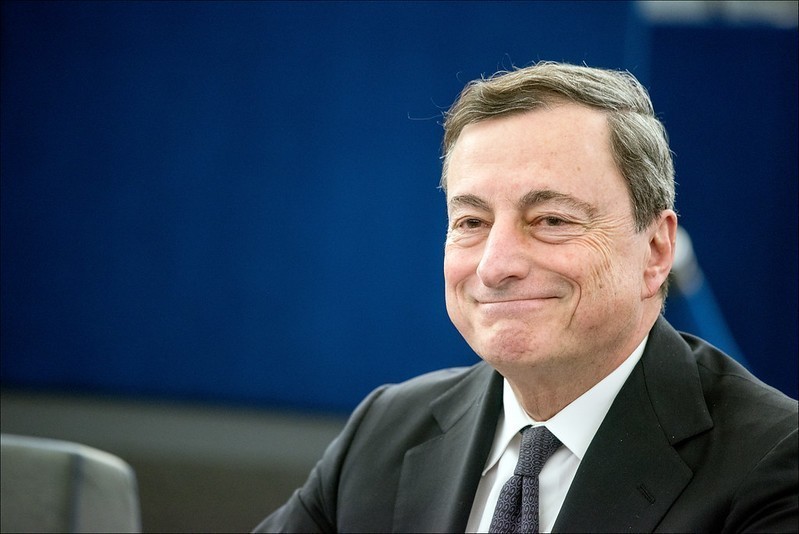 More than 11 million Italian citizens were eligible to vote for city councils and mayors of municipalities throughout the country – which resulted in significant political changes.

With a turnout of 55%, the administrative elections saw a clear winner – the party of non-voters. This appears to be the main perspective from which to understand the results. Counting ‘absolute’ votes, the victories and defeats take on aspects different from those generally reported. The protest voters that benefitted the Five-Star Movement (Movimento 5 Stelle, M5S) in the preceding elections have not been redirected toward other political sectors; they simply stayed home.

In this sense we can recognise a European tendency in the ebb and flow of the phenomenon defined as ‘populism’; this applies to Italy as much as to Germany where the anti-democratic forces have not been able to break through or have lost ground, and it applies to northern European countries where the social democratic parties are returning to play a central political role. It also applies to Spain where Podemos has partly or completely left behind its populist character and become a proper political organisation.

The particular character of populism in Italy is the result of a long ‘anti-political’ period, that has broken the relationship to democratic participation of those who were once defined as the masses. Indeed, if in other countries of Europe’s south, the attack on the elites has been transformed into alternative political proposals, here in Italy this opposition has been channelled towards a ‘they’re-all-criminals’ attitude, which has not gained the capacity to construct the social bloc that would be necessary for defining common interests and political proposals.

The project of demolishing constitutional democracy has been based on discontent and the exacerbation of the conditions of life and work, moving citizens away from participation rather than bringing them toward it. Thus, the choice of casting a vote that is sharply targeted against government, or better at governance, has increasingly tended to become a vote that is ‘useless’ for changing one’s own conditions, unconnected to what it would have made sense to vote for in order to end precarity, budget cuts, and policies directed against one’s own material interests.

As for the left, we can only say that the wave of marginalisation seems unstoppable.

Looking schematically at the divisions within the left we can first of all see two camps. The first is that of the left inside a coalition of the centre-left, itself in turn fragmented into different currents and families. The electoral impact of this left is also a losing one, with a manifest lack of capacity to change the line of march of the governing party and its political decisions. It often appears to be merely embellishing the main party of the alliance and lacking a capacity to impose measures favourable to workers and the subjects to which it wants to give a voice; and to some extent it legitimates the idea of the centre left as the representative of those interests.

On the other hand, the left outside of and opposed to the centre-left often seems more involved in self-representation and the preservation of its own identity rather than in reconstructing the social bloc that could give birth to an alternative and a true opposition.

For a deeper analysis of the data we can say that, while the administrative elections relate to local situations with specific political constellations, we can still draw conclusions of a general nature from them.

To analyse the vote we need to consider the country’s five main cities and the one region involved: Rome (central Italy), Milan, Bologna, and Turin (northern Italy), Naples (southern Italy), as well as the region of Calabria.

The first fact, other than abstention, is the steep drop in support for M5S, which had been able to win mayoralties in the last administrative elections. In terms of the absolute vote M5S went from 105,000 to 24,000 in Turin, and in Rome, where mayor Virginia Raggi had a landslide victory five years ago with 420,000 votes, it sank to 112,000, that is, to only fourth place. As for the other cities, it had 2.7% in Milan and only 3.4% in Bologna.

On the right, the Lega, though in terms of actual votes still the country’s first party, has been closely followed by Fratelli d’Italia, which has benefitted from the recent protests against Prime Minister Draghi. Forza Italia, for its part, asserted itself in Calabria, the only case this year in which elections were held on a regional level, where its candidate won the presidency.

If, on the surface, with the dissolution of the M5S, we see a kind of return to the traditional bipolar voting pattern of right vs. left, we need also to consider the presence of many, and often decisive, civic lists.

For example, in Rome the winning list in terms of percentages was the civic list supporting Carlo Calenda, who comes out of the liberalist wing of the Partito Democratico (PD). He garnered 19.81% of votes. Naples saw the first significant experiment of the PD/M5S axis on which the leaders of the two parties are pinning their hopes for the future at the national level. And yet there the mayoral candidate of the centre-left Centro Sinistra was elected through a coalition made up of 13 lists, which together received 62.88% of votes. The lists with the PD got 12.20%; and the M5S list got 9.73%.

In Milan the PD was the entity with the most votes, with 33.86%, but this was within a coalition of 8 lists that in total garnered 57.73% of votes. The reconfirmation of the outgoing PD mayor represents the continuity of the urban policies of recent years that are anything but environmentalist. These policies were supported by broad sectors of finance and industry, and not just Italian.

In Turin, the second city, with Rome, that has up to now been governed by a M5S mayor, no mayoral candidate reached the 50% plus one vote needed to be elected in the first round, and so a runoff between the centre-right (with 38.90%) and the centre-left (with 43.86%) will be held. The right had to swallow massive abstentionism, reducing the Lega to 9.84%, which, as a list, was surpassed by that of Fratelli d’Italia, which rose to a little over 10%. Even in this case the most votes within the centre-right went to a civic list. On the other hand, within the top list, that of the Centro Sinistra, the PD received 28.56% of votes.

Bologna, traditionally the symbol of the left and of so-called ‘good municipal government’, has confirmed the Centro Sinistra coalition, made up of seven lists, electing its mayoral candidate in the first round with 61.90% of votes.

Here too, as in Naples, the M5S is in coalition with the Centro Sinistra. But alone it only got 3.37% of votes, while the PD garnered 36.50%, and the two alone would not have been able to surpass the 50% threshold.

In Calabria, Italy’s poorest region, the right won, united around Berlusconi’s candidate. Bolstered by a high number of preferential votes for individual candidates with which the constellation made up of Forza Italia, Fratelli d’Italia, and the Lega together with four other lists, the right achieved 54.46%. The Centro Sinistra grouping, here too including the PD with M5S and five other lists, did not surpass 27.68%.

The unique instance of progress made by a left unity project was the Coalition around Luigi De Magistris, the ex-mayor of Naples. The Coalition, which also included the ex-mayor of Riace in Calabria, achieved a substantial 16.17%. This may well signal the beginning of a recovery for all left lists, especially in view of the 2023 national elections.

Recent events, with the , the most representative Italian trade union, show that the legitimation of the forces of the most extreme right could do incalculable damage to democracy. But what is still more serious is that this creeping fascism is finding fertile ground in a social discontent that is not receiving a response and that needs social policies that only a left worthy of the name is able to carry out.

The defeat of the right does not, alas, imply the victory of the left but the continuation of the dominion of high finance and of the Draghi episode in the near future.

In the name of humanitarianism, Covid is crushing local as well as global solidarity