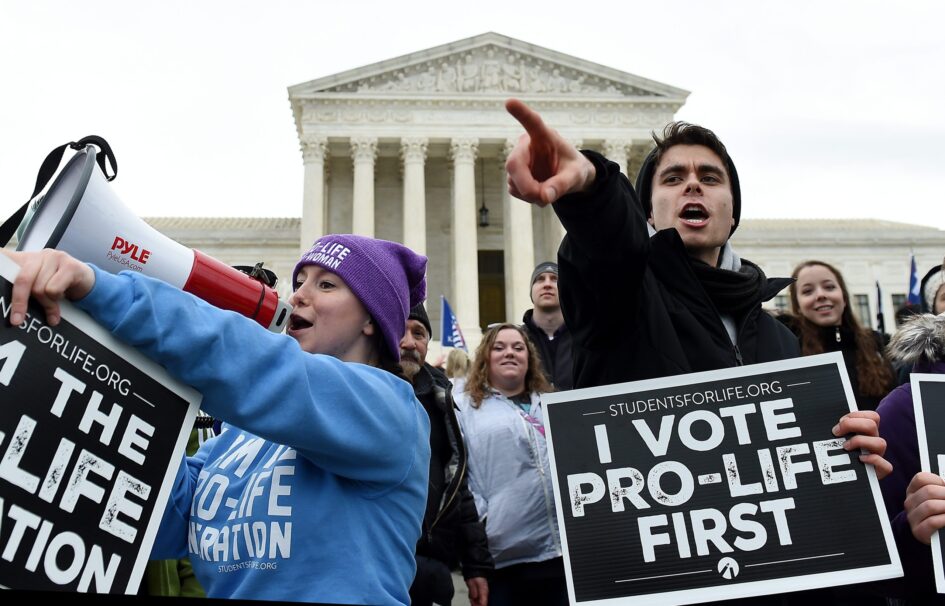 Jonathan Miller, former Texas solicitor general and author of the recent infamous Texas “heartbeat” bill (SB8), filed an amicus brief in the Supreme Court pertaining to a Mississippi court case challenging the constitutionality of Roe v. Wade. In that same amicus brief, he also explicitly attacks the findings of Obergefell v. Hodges, the case that legalized gay marriage in the United States. When referencing the court-sanctioned right to gay marriage, Miller argues, “These ‘rights,’ like the right to abortion from Roe, are judicial concoctions, and there is no other source of law that can be invoked to salvage their existence.”

Obergefell, which was decided in 2015, was the culmination of decades of work by LGBTQ advocates to fight against laws prohibiting same-sex marriage. It was decided by the narrowest 5-4 margin and found dozens of state laws prohibiting gay marriage unconstitutional. While the mainstream press has for years claimed that Obergefell was unlikely to be overturned by the court, Joe Dunman, one of the attorneys who litigated Obergefell for the plaintiffs at the Supreme Court, does not agree. After Miller’s opinion was filed, Dunman took to Twitter and explained why he thought it was possible that the courts could overturn Obergefell.

Speaking with TRNN, Dunman, who is now an assistant professor of legal studies at Morehead University, explains his reasoning. “My tweet storm was inspired by comments I had seen made by others in response to Miller’s amicus brief. These others suggested Miller occupies some kind of fringe, unserious position among legal movement conservatives, and that his suggestion to the court that cases like Griswold, Lawrence, and Obergefell should be overruled (while they’re overruling Roe) was absurd,” says Dunman. “I perceived [those comments] as liberal cockiness and naivete.”

Furthermore, Dunman explains, Miller is not attacking the findings of Obergefell per se, but is instead attacking the use of substantive due process as a whole, a common tactic by conservatives. “Substantive due process, sometimes also called ‘a right to privacy’ in different contexts, protects ‘fundamental rights’… These rights are not explicitly stated in the Constitution, so the Supreme Court has taken it upon itself over many decades to extrapolate and define them, limiting the power of the government in the meantime,” says Dunman. “Miller, and every legal movement conservative since at least the 1960s, hates this doctrine and wants the Court to reverse all of its relevant precedents.”

In addition to gay marriage, Dunman points out, attacking substantive due process actually attacks a wide variety of rights that the courts have carved out over the past 50 years, including the right to contraception, the right to private possession of pornography, the right to abortion, and the right to sexual autonomy (i.e. the illegality of sodomy laws directed at consensual sex). “Miller’s argument is that if you overrule Roe, all those other cases should be overruled because they’re all based on the same bogus interpretative approach to the Constitution,” says Dunman.

While it may seem inconceivable that the court would agree with Miller’s brief and move towards overruling Obergefell, Dunman lays out a scarily possible scenario in which this could happen. “To my knowledge, no state that had a gay marriage ban before Obergefell has repealed their statutory or constitutional provisions on the topic. They just don’t enforce those provisions now. They could just start enforcing them again, which of course would trigger immediate lawsuits,” says Dunman. “The best place to do this would be in Texas, Mississippi, or Louisiana, which are all within the jurisdiction of the Fifth Circuit Court of Appeals. The Fifth Circuit, full of Trump appointees and other radical right wing judges, has already shown a complete disregard for Supreme Court precedent.”

Dan Canon, who represented the plaintiffs in Obergefell along with Dunman, thinks that a direct challenge to Obergefell in this vein is less likely, but still thinks that the Supreme Court may whittle away the rights secured by Obergefell. Canon, author of the upcoming book Pleading Out: How Plea Bargaining Creates a Permanent Criminal Class, told TRNN “there’s a distinct possibility that states will use the broadsword of ‘religious freedom’ to carve out exceptions for same-sex couples who want to enjoy all the benefits of marriage… [I]f the judicial obsession with ‘religious freedom’ continues on its current trajectory, there’s a good chance that the next Kim Davis wins. Decisions like that add up, and could eventually work to nullify the Obergefell decision without directly overruling it.”

Canon and Dunman think that the GOP, particularly through state legislatures, are actively looking for opportunities to challenge substantive due process cases like Obergefell. “GOP state legislatures smell blood in the water after the court let SB8 stand, and you’d better believe they’re going to try to get away with whatever they can. We could see a situation where life and liberty is very different between blue and red states,” says Canon.

The Supreme Court still maintains three of the four dissenters in Obergefell (Thomas, Alito, and Roberts), Dunman points out. Moreover, since the decision in 2015, three new hardcore conservatives (Gorusch, Kavanaugh and Coney-Barrett) have been named to the court, making a rehearing of the decision a very unnerving prospect. “Though I want to be optimistic that the Supreme Court would not effectively nullify millions of marriages across the country and throw state domestic relations law into chaos overnight, it’s tough to be,” says Dunman. “The court that decided Obergefell is very different than the Court that now sits.”

Canon is concerned that Democrats are ignoring this very real threat to privacy rights under the belief that the courts will not walk back a right that so many Americans now see as fundamental. “Red-state Democrats seem to have it in their heads that we are still working with a rational, moral actor on the other side of the aisle, and not a creature that exists purely for the sake of grabbing power by whatever means possible,” says Canon.

Dunman agrees that there is a reluctance among Democrats to consider the courts as the politically motivated actors they clearly are, as opposed to the above-politics stewards of institutional norms they want them to be. “[T]he opinions I see expressed online from folks I would describe as liberal (or mainstream Democrat) exhibit a persistent faith in the reasonableness and good judgment of the Supreme Court,” says Dunman. “Everyone but them has taken a realist perspective on the courts, seeing them (and using them) as a tool of political power, which they are and always have been. I see comments and claims by true believers in the independence of our judicial institutions that blink reality and exhibit a trust that is simply not warranted.”

Dunman points out that Democratic party leaders often also push this way of thinking, even though it runs contrary to any of the actions of conservative leaders over the past 50 years. “[Democratic leaders] want judges who rule in ways their rich donors like, and so do the Republicans, and that’s why most of the judges that reach the federal bench (prosecutors, big law corporate defense lawyers) have long received bipartisan support,” says Dunman. “The real head in the sand problem for some regular liberal folks is that they not only trust the courts but they also trust their own political leaders, who are not working for them and don’t care about them.”

While there are some limited legal options available to the Democrats to stop these kinds of attacks on privacy rights (including packing the courts), neither Canon nor Dunman thinks these are very likely. “They [have a variety of options to change the courts] and a very slim majority with which to use them, but they’ve so far shown no interest. This strongly suggests that most congressional Democrats don’t really care much what the Supreme Court does. Their liberal voting base should wonder why that is,” says Dunman.

Canon has argued that, since the courts won’t protect the rights of individuals, it is up to people to organize and insist on those rights being protected. “Now that the courts have basically signaled that they won’t help, we are left without top-down solutions,” he says. “Anything effective has to come from the ground up.”