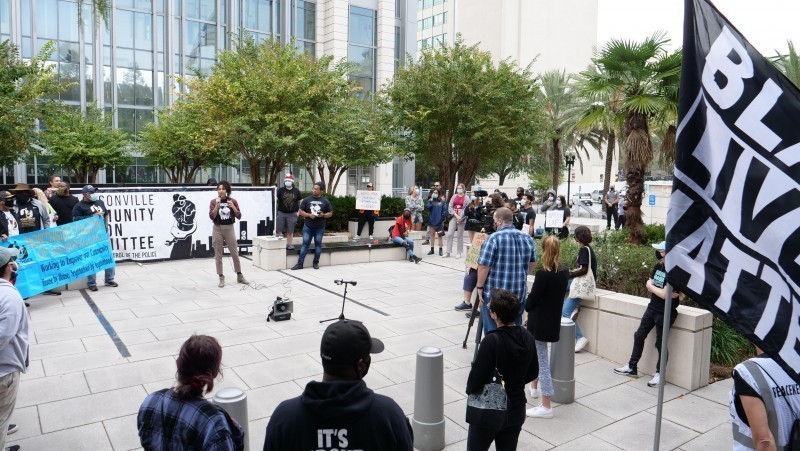 Jacksonville, FL – Around 80 people gathered at the U.S. Federal Courthouse in Jacksonville, November 20 after the acquittal of racist vigilante Kyle Rittenhouse, demanding the Department of Justice file civil rights charges. Organized by the Jacksonville Community Action Committee, they were joined by Florida State Representative Angie Nixon (who spoke), members of the Northside Coalition of Jacksonville, UNF SDS, Take Em Down Jax, Florida Rising, DSA Jax, Our Revolution along with other community members and activists.

The rally was started with chants of, “Do your job, DOJ, don’t let Kyle get away” along with chants of “Indict, convict, send Kyle Rittenhouse to jail, the whole damn system is guilty as hell.”

This mobilization was one of many mobilizations in over a dozen cities this past weekend called by the National Alliance against Racist and Political Repression.