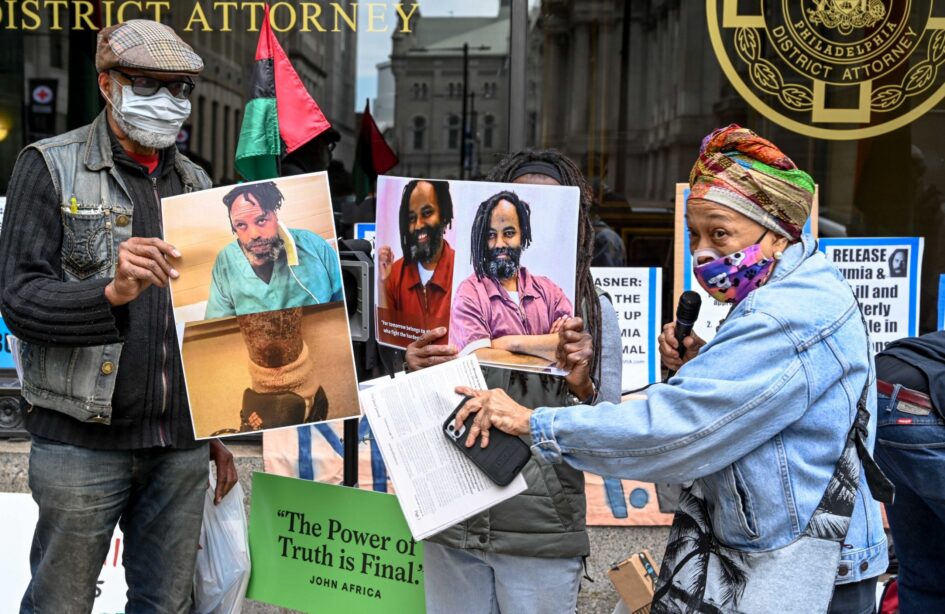 In her novel Their Eyes Were Watching God, Zora Neale Hurston wrote, “There are years that ask questions, and years that answer.”

With continued pressure from below, 2022 will be the year that forces the Philadelphia District Attorney’s Office and the Philly Police Department to answer questions about why they framed imprisoned radio journalist and veteran Black Panther Mumia Abu-Jamal. Abu-Jamal’s attorneys have filed a PCRA petition focused entirely on the six boxes of case files that were found in a storage room of the DA’s office in late December 2018, after the case being heard before Judge Leon Tucker in the Court of Common Pleas concluded. (tinyurl.com/zkyva464)

The new evidence contained in the boxes is damning, and we need to expose it. It reveals a pattern of misconduct and abuse of authority by the prosecution, including bribery of the state’s two key witnesses, as well as racist exclusion in jury selection — a violation of the landmark Supreme Court decision Batson v. Kentucky. The remedy for each or any of the claims in the petition is a new trial. The court may order a hearing on factual issues raised in the claims. If so, we won’t know for at least a month.

The new evidence includes a handwritten letter penned by Robert Chobert, the prosecution’s star witness. In it, Chobert demands to be paid money promised him by then-Prosecutor Joseph McGill. Other evidence includes notes written by McGill, prominently tracking the race of potential jurors for the purposes of excluding Black people from the jury, and letters and memoranda which reveal that the DA’s office sought to monitor, direct and intervene in the outstanding prostitution charges against its other key witness Cynthia White.

Mumia Abu-Jamal was framed and convicted 40 years ago in 1982, during one of the most corrupt and racist periods in Philadelphia’s history — the era of cop-turned-mayor Frank Rizzo. It was a moment when the city’s police department, which worked intimately with the DA’s office, routinely engaged in homicidal violence against Black and Latinx detainees, corruption, bribery and tampering with evidence to obtain convictions.

In 1979, under pressure from civil rights activists, the Department of Justice filed an unprecedented lawsuit against the Philadelphia police department and detailed a culture of racist violence, widespread corruption and intimidation that targeted outspoken people like Mumia. Despite concurrent investigations by the FBI and Pennsylvania’s Attorney General and dozens of police convictions, the power and influence of the country’s largest police association, the Fraternal Order of Police (FOP) prevailed.

Now, more than 40 years later, we’re still living with the failure to uproot these abuses. Philadelphia continues to fear the powerful FOP, even though it endorses cruelty, racism and multiple injustices. A culture of fear permeates the “city of brotherly love.”

The contents of these boxes shine light on decades of white supremacy and rampant lawlessness in U.S. courts and prisons. They also hold enormous promise for Mumia’s freedom and challenge us to choose Love, Not PHEAR. (lovenotphear.com/) Stay tuned.