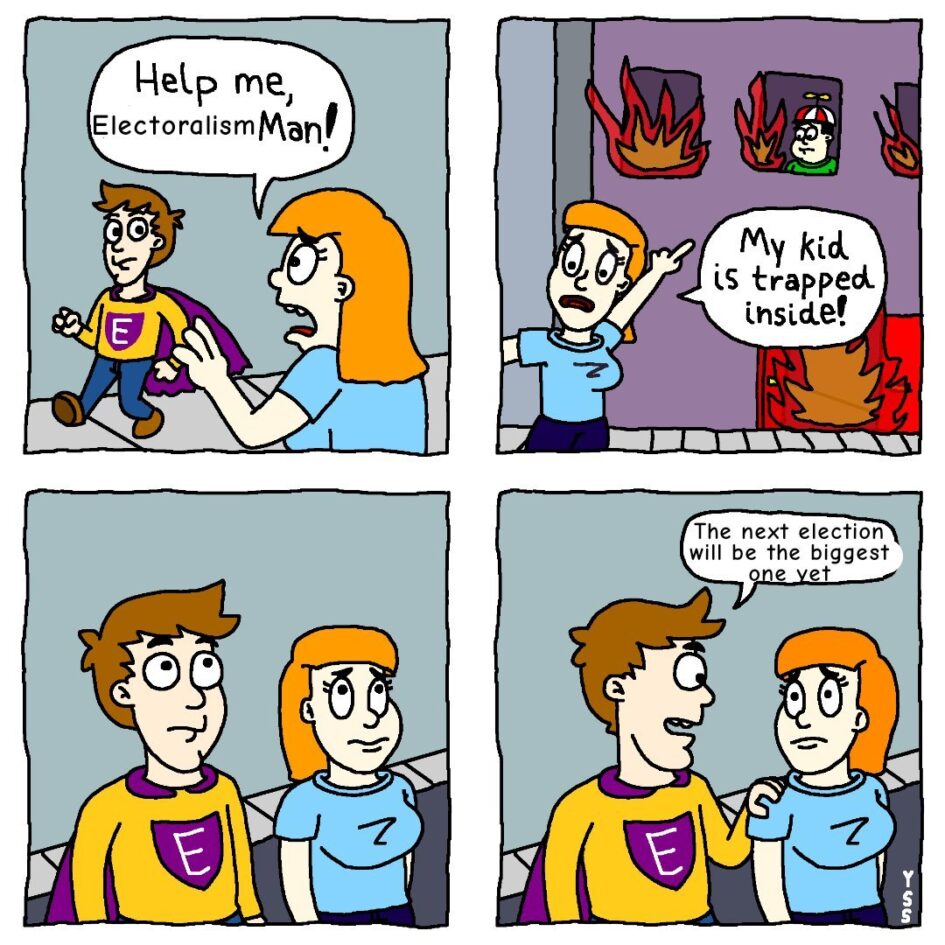 with a mandate from the majority of voters, just as Obama was selected to enact Bush’s program. That’s how the system works.

Republicans come in, push everything to right in the interests of the biggest capitalists. This frightens the majority (workers, oppressed communities, small capitalists, bourgeois liberals). The masses vote for the Democrats to save them, since that’s the only sanctioned alternative. Democrats then quietly carry out the very program they were elected to oppose.

This is the essence of U.S. electoral politics, honed over the last 100+ years. It is a system created and perfected in the context of U.S. global domination and relative economic stability in the post-World War II era.

The U.S. empire is today far past its peak; its political structure is collapsing and ripe for destruction. It can end in one of two ways:

(1) the growth of class consciousness that the Democrats represent a dead end for the workers and oppressed, and the organization of an independent alternative oriented toward a revolutionary solution to capitalist crisis; or

(2) a fascist takeover that crushes the very limited and hollow bourgeois democracy as it exists in the U.S. today.

Unfortunately,  right now, option (2) seems much more likely in the near future. But the situation can change. Fascist dictatorship historically has been viable only when the working class has been defeated and crushed. So far, the workers in the U.S. in their vast numbers have not been heard from.

Victory is possible IF the opportunity to develop a militant united resistance isn’t missed, leaving the workers to be smashed in a last-ditch, desperate attempt at self-preservation. Defeat is inevitable IF lesser evilism continues to dominate.

The raw material for a shift in class consciousness exists. We have to fight like hell to make option (1) possible.

The more the senator from the great state of Trump talks, the deeper “Jim Crow” Joe sinks…

In Search of Shallow Doctrines: Joe Biden and Trumpism Shorn