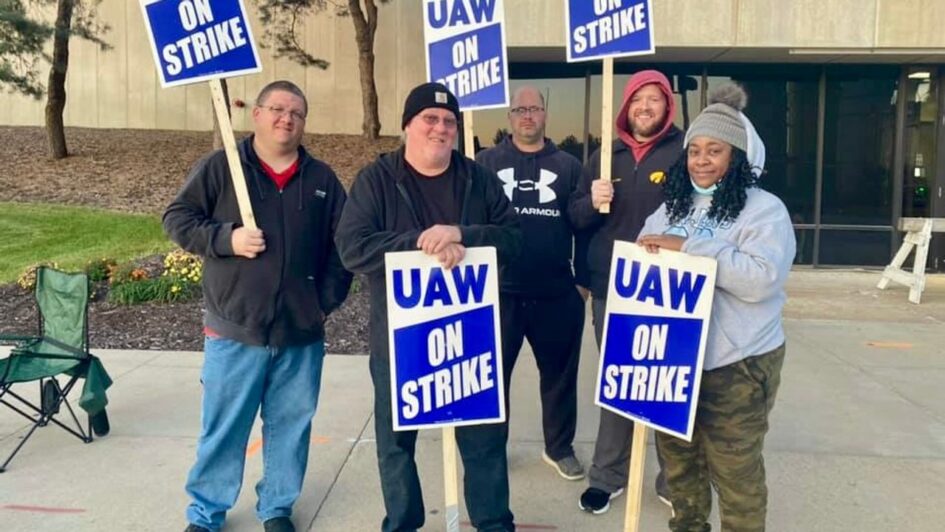 After a month-long strike, workers at 14 John Deere plants and warehouses are returning to work. Their new contract, ratified with 61% support, is a big improvement over the first two contracts a majority of the workers had rejected. The United Auto Workers represents 10,100 Deere workers in Iowa, Illinois, Colorado, Kansas and Georgia. 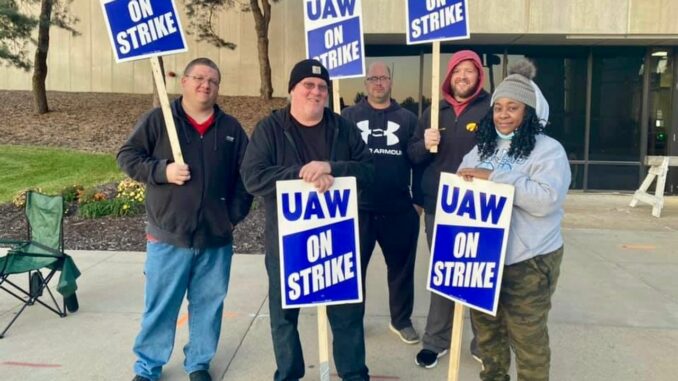 In a virtual meeting of rank-and-file supporters, a spouse and mother of strikers said, “We didn’t lose anything.” John Deere, which has profited from an unequal and divisive two-tier pay structure since 1997, was not able to impose a third lower tier for future workers. In the new contract, Deere workers’ pay will increase by 20% over the life of the six-year contract. This is a huge amount by any contract standard; even though at the current exorbitant rate of inflation, wages will at best keep pace with prices.

A key factor differentiating this contract from the first two is improvements to the “Continuous Improvement Pay Plan.” When a department exceeds a production quota, the workers receive a quarterly bonus, but if they fall short, the workers essentially take a pay cut.

The company has been regularly increasing the quota, while refusing to take into account production interruptions caused by parts shortages. The new contract addresses worker concerns and modifies the grievance procedure to make it easier to challenge management on these issues.

Although the media has defined changes in the third contract as “modest,” for workers they are huge.

None of these gains would have been possible without the strike weapon. Workers were infuriated by Deere’s demands for concessions and the paltry wage increases first offered, even though profits and executive pay are at record highs. Deemed “essential workers” during the pandemic because they manufacture agricultural equipment, UAW members have been toiling at long hours, seven days a week, while their bosses grow richer.

Morale was boosted tremendously by widespread community and labor support. A GoFundMe campaign, initiated by the rank-and-file UAW caucus Unite All Workers for Democracy, provided grocery vouchers and bulk food items to help weather economic hardship during the strike. Significantly, members of the International Association of Machinists, who are under a separate contract, had walked out along with the UAW members.

Almost 40% of Deere strikers voted to even reject the third contract. Perhaps they wanted to use their leverage to get rid of the two-tier wage structure altogether. In any case, the strike is seen as proof that: “When we fight, we win!”

Martha Grevatt is a retired Fiat Chrysler (now part of Stellantis) worker and served on the executive board of UAW Locals 122 and 869.