Johnson is levelling up on lies – CounterBlast 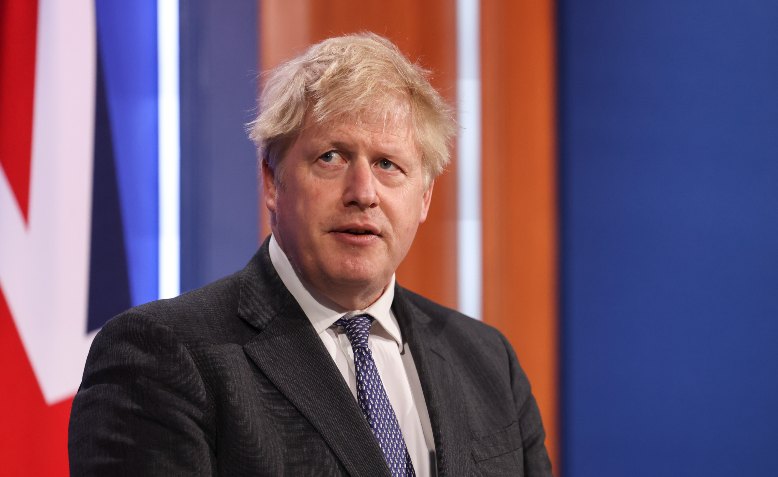 The Tory leader’s conference speech demonstrated how out of touch he is with most British people’s predicaments, argues Sean Ledwith

Boris Johnson is seemingly incapable nowadays of completing a sentence without having to resort to his two soundbites of choice: ‘Levelling Up’ and ‘Build Back Better’. As a politician notoriously devoid of any interest in the finer details of policy, Johnson thinks rambling variations of these two vacuous notions is sufficient to run a modern economy and society. His speech today to the Tory conference was instantly hailed by his delusional supporters as a classic piece of showmanship. Most British people, enduring the consequences of his multi-level incompetence, would have found his lame jibes and trivial jokes in very poor taste.

With typical Johnsonian arrogance, the speech was delivered in a specially built auditorium, separate from the conference rooms deemed suitable for the lesser members of his cabinet. As the Tory Party pander to his unhinged ego, Johnson’s speech frequently veered off into the realms of self-parody with incomprehensible gibberish about ‘build back beaver’ and ‘build back burger’. To the rest of the country, confronted by empty shelves, rising fuel bills, reduced benefits and gridlocked petrol stations, Johnson’s hubristic ravings only serve to illustrate why he is not fit to be Prime Minister and why the Tories need to be thrown out of power at the earliest opportunity.

Johnson told the media in the run-up to his speech that he was ‘not worried’ about the maelstrom of crises that are ravaging the UK now. The callous complacency on display here is stupefying. Of course he is not worried: he does not have to sit for hours queuing at a garage, worry about whether to heat or eat as energy bills shoot up, or think how he will feed his children when the Universal Credit uplift ends. The fact that Johnson is not worried offers zero reassurance, as this is the man who, don’t forget, was likewise not worried in January 2020 about the looming shadow of Covid, and consequently opted to miss five Cobra meetings.

Johnson appears unaware that his own party has been running the country since 2010, as in the speech he attacked the inadequacies of his predecessors in Number 10: ‘After decades of drift and dither, this reforming government, this can-do government that got Brexit done, is getting the vaccine rollout done and getting social care done.’ When it comes to drift and dither, Johnson is in a league of his own. His repeated failure to lockdown early enough last year cost thousands of lives, and inflicted untold economic and social damage on the country. Even now as Covid infections rise in schools, the Tories are dithering about an appropriate response, with the new Education Secretary speculating on the possible return of masks in the classroom, just a few months after they encouraged us to put them away with the ridiculous Freedom Day.

Johnson also had the audacity to imply that his government has a degree of moral courage lacked by previous administrations: ‘We are dealing with the biggest underlying issues of our economy and society, the problems that no government has had the guts to tackle before.’  What he neglected to mention, of course, is that he is personally responsible for many of those problems. No other UK government in living memory has allowed 150,000 of its own citizens to die from a preventable disaster. The toxic mix of incompetence, corruption and venality with which Johnson has managed the Covid catastrophe is the horrible reality beneath his rhetorical bombast.

Amid the standard bluster and waffle, the only substantive policy statement concerned a so-called levelling up premium, worth up to £3,000, to encourage Maths and Science teachers to work in the most deprived schools. Johnson is delusional if he thinks this will be sufficient to undo the damage inflicted by over a decade of Tory control of education. Earlier this week the DFE was speculating on more intensive Ofsted inspections, the return of the hated Sats at age 14, and lengthening teachers’ working hours. Nothing could be more guaranteed to undermine further the already battered morale of the country’s teachers and support staff.

Johnson cannot help himself on this sort of occasion when he knows the hardcore Tories around him have no interest in whether his bluster corresponds to reality: ‘The idea in a nutshell is you will find talent, genius, care, imagination and enthusiasm everywhere in this country, all of them evenly distributed, but opportunity is not.’ On the same day Johnson was spouting this sort of flannel and having his ego massaged at conference, millions of people have lost the UC uplift or learned energy bills could rise by 40%. The Tory leader may rate himself as a comedian but his timing is woeful.