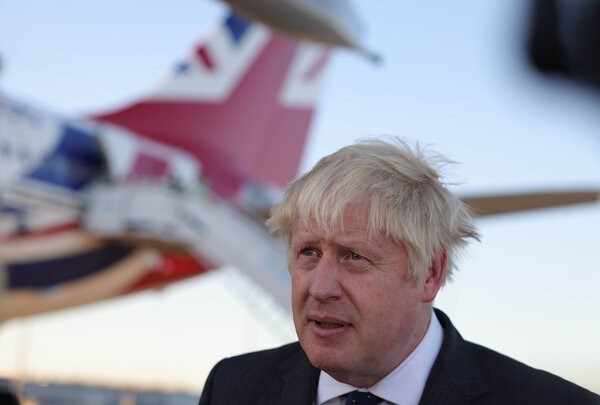 Boris Johnson is trying to pose as the friend of workers with outrageous lies over wages.

He is saying that fuel shortages, supermarket empty shelves and soaring gas prices are all symptoms of a period of post-Brexit ­adjustment. He claims to be dumping the “old failed model of low wages, low skills supported by uncontrolled immigration”.

Wages are rising in some sectors—the lorry industry is one example—due to acute shortages. But not overall.

Millions of workers in the public sector face a wage freeze imposed by the same Tories who are supposed to be their allies.

Others face demands from ­bullying bosses for pay cuts through “fire and rehire”. That’s all based on the erosion of trade union rights, driven by Tory policy.

And Johnson opposes the £15 an hour minimum wage that would help the lowest paid. But then so does Labour leader Keir Starmer.

According to the Office for National Statistics (ONS), regular pay rose by 6.8 percent in the year to May-July 2021—or 4.5 percent once inflation is taken into account.

Technically this is the highest real wage growth in 20 years. But the ONS has warned it is “clearly misleading”.

Wages dipped dramatically due to Covid-19 last spring and recovered this spring, so this was recorded as a bigger “rise” than it actually is.

The pandemic also saw the elimination of lots of low-wage jobs in hospitality. Fewer were wiped out in higher paid sectors and at supervisor and management levels. The average wage therefore rises.

Even the government’s preferred CPI measure shows a 3 percent rise, with much more to come.

The reality is that tens of millions of workers remain on low pay. Around 40 percent of Universal Credit claimants are in work, and they are seeing further attacks with the removal of the £20 a week uplift.

From next April a national insurance rise will take another 1.25 percent of wages from nearly all workers.

And the government obscures its squeeze on workers to boost profits with racism.

Johnson says he is not going “to just pull the big lever marked by uncontrolled immigration, and allow in huge numbers of people to do work”. He says that lowers wages.

A mass of studies shows that migration has almost no effect on wages. Migrants drive up demand for labour because they spend as well as produce.

Instead of Tory lies there needs to be a united struggle against bosses and the government for big pay rises for all.