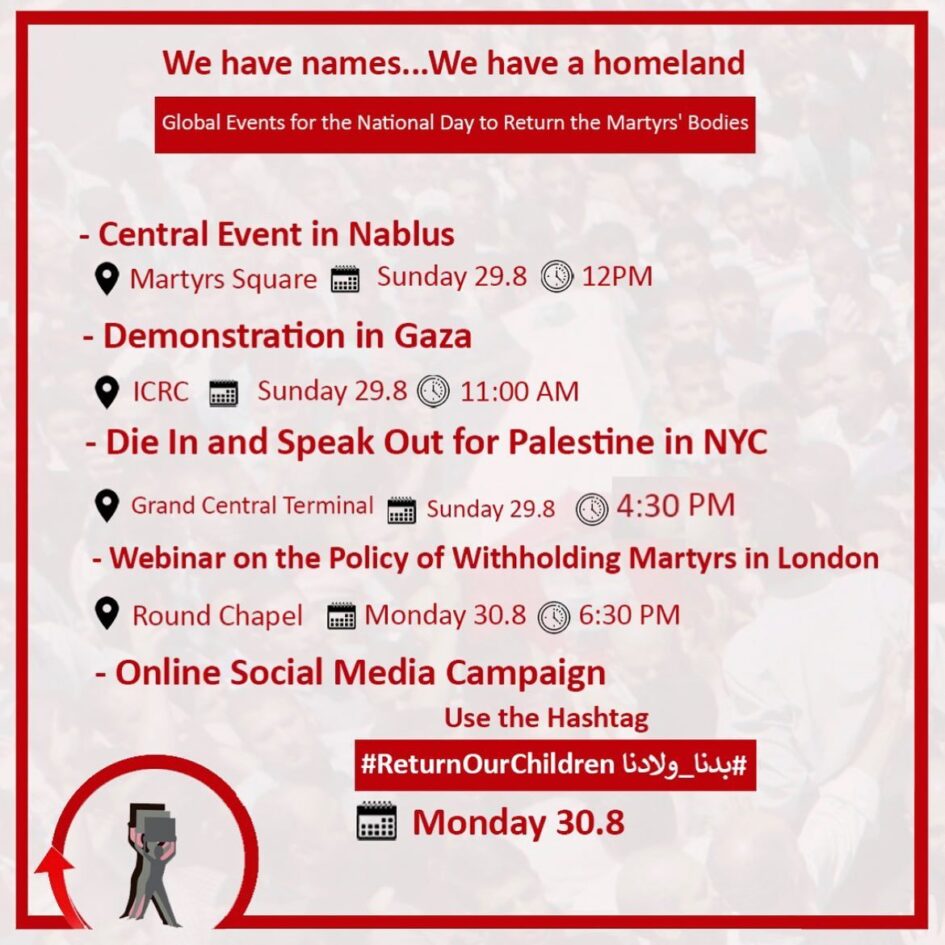 Join us on the international days of action to support the campaign for the retrieval of martyrs bodies. In NYC we will be mobilizing Sunday August 29th at Grand Central Terminal. We are joining with groups in London and Palestine to demand the return of martyrs bodies to their families so that they may be buried.

In March 2018, the Israeli parliament enacted a law that limits the number of mourners in Palestinian martyrs’ funerals; just as it seeks to control every aspect of Palestinian life, Israel controls the most intimate details of Palestinian death, too.

Via Within Our Lifetime