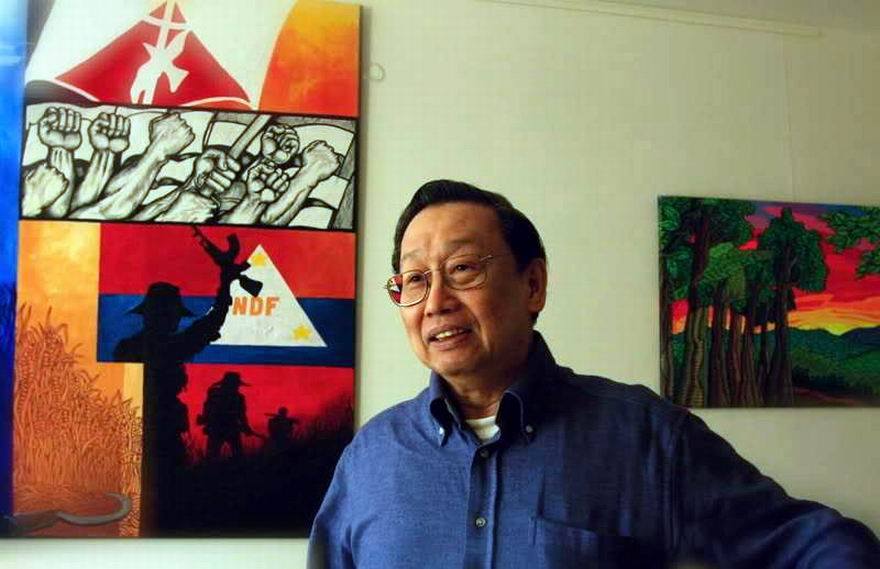 The huge crowds attending the electoral rallies of the tandem of Maria Leonor Robredo and Francis Pangilinan as presidential and vice presidential candidates of the Liberal Party and 1Sambayan are disproving the fake poll survey results claiming unbelievably high majority scores for their respective rivals Ferdinand Marcos, Jr. and Sara Duterte in the tandem of the Duterte ruling clique.

Thus, the Duterte regime, the National Task Force-ELCAC and pseudo-independent attack dogs like Panfilo Lacson, main sponsor of the law of state terrorism under the pretext of anti-terrorism, are now panicking. They are frantically reacting to the ground swell in favor of the Robredo-Pangilinan tandem by red-tagging its party and accusing it of having been infiltrated by communists and having forged a coalition with such revolutionary forces of the people as the Communist Party of the Philippines (CPP), the New People’s Army (NPA) and the National Democratic Front of the Philippines (NDFP).

The aforesaid revolutionary forces are all banned by the counterrevolutionary state from participating in its electoral exercises. And they have repeatedly declared that that they have nothing to do with these but observe the growing rifts within the exploiting classes and that it is idiotic for anyone or any state agency to claim that the revolutionary forces are one and the same as the legal patriotic and democratic organizations and parties which abide by the 1987 Constitution and have the freedom to participate or not in the electoral exercises of the reactionary state.

The rabid anti-communists in power like Duterte, Lacson and the National Task Force-ELCAC are being absurd and dim-witted by being unable or by pretending to be unable to differentiate the legal democratic forces within the ambit of the GRP 1987 constitution from the revolutionary forces of the people’s democratic revolution that are engaged in the protracted people’s war.

The state terrorists do not care that their red-tagging violates and attacks the human rights and fundamental freedoms of the people and puts those arbitrarily red-tagged in grave danger of being abducted, tortured and murdered by the regular units and death squads fielded by the reactionary armed forces and police under the fascist direction of their commander-in-chief as he has so often admitted directly and indirectly in the bogus war on illegal drugs and in the anti-communist campaign of military suppression.

Rabid anti-communists and notorious human rights violators like Rodrigo Duterte, Panfilo Lacson and the National Task Force-ELCAC are unwitting promoters of the armed revolution by constantly trying to prevent and suppress the participation of legal patriotic and democratic organizations, parties and alliances in the electoral processes of the reactionary state in accordance with its 1987 Constitution.

They fail to understand that Ferdinand Marcos, Sr. compelled the mass leaders and activists of the legal democratic forces to go underground and join the armed revolution in great numbers when he declared martial law in 1972 and imposed a fascist dictatorship on the Filipino people. Thus, he unwittingly helped to enlarge and strengthen rapidly the revolutionary forces of the people which were then very small and weak.

In the last six years, the Duterte tyrannical regime has accomplished the same thing as the Marcos fascist regime did from 1972 to 1986. It has unwittingly helped the revolutionary forces of the people grow rapidly in strength by aggravating the crisis of the semicolonial and semifeudal ruling system and by carrying out an all-out war policy, terminating the GRP-NDFP peace negotiations and going on anti-communist rampages of abductions, torture and mass murder.

Contrary to the repeated false claims of the Duterte regime that it has already destroyed more than three times the estimated strength of the revolutionary forces, the CPP has multiplied the number of its cadres and members, the Red commanders and fighters of the NPA, the members of the various types of revolutionary mass organizations, the underground alliances within the NDFP and the revolutionary organs of political power under the people’s democratic government because of the rapidly worsening crisis of the ruling system and the bankruptcy of the reactionary state, according to reliable CPP publications.

The worst is still to come while the tyrannical, traitorous, murderous, plundering and swindling Duterte regime is still in place. According to the tyrant himself, the Catholic Church hierarchy, the Robredo-Pangilinan tandem and party, the Makabayan Bloc and key members of the Makati Business Club concur with the CPP, NPA and NDFP that the Marcos-Duterte tandem and party represent the worst plunderers (magnanakaw) and murderers (mamamatay tao) in the Philippines and must be prevented from staying in power.

On the basis of mixing up and equating the aforesaid various entities to each other, the rabid anti-communists in the current ruling clique and in the National Task Force-ELCAC headed by Duterte are plotting to combine the rigging of the 2022 elections with a martial law declaration to be done before or after said elections supposedly in order to preserve and expand the gains that they have made to suppress the communists and the revolutionary movement of the people.
.
Their Plan A is to declare martial law sometime before election day by carrying out a false flag operation by which to claim “disruption of elections by terrorists” and by which to prevent the opposition from demonstrating electoral mass strength through rallies. Their Plan B is to declare martial law after the rigging of the electronic vote count and prevent the people from rising up as in the aftermath of the 1986 elections.

The entire Filipino people must be forewarned, become vigilant and prepare themselves to launch all necessary forms of struggle in order to frustrate Duterte’s scheme of martial law declaration and rigging of the 2022 elections and to continue the struggle with ever greater resolve, vigor and effectiveness until victory if the plunderers and mass murderers of the Marcos-Duterte type stay in power longer than the fascist dictator Marcos could in 1986. Indeed, if these monsters manage to stay in power any longer, they would escalate the oppression and exploitation of the people and unwittingly intensify the people’s democratic revolution in the most unprecedented way.

Happy birthday to Comrade Joma Sison, one of the great leaders…